‘The Office’ on Peacock Streaming: Never-Before-Seen Footage From the Hit Show Excites Fans 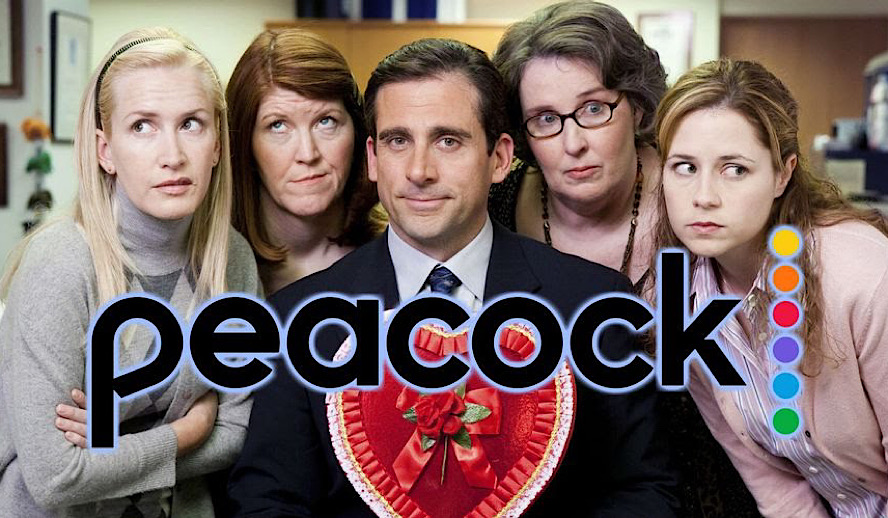 The Office on Peacock

Fans of ‘The Office’ have much to look forward to thanks to Peacock’s release of new content from the classic comedy. The workplace mockumentary that stars Steve Carell, John Krasinski, Jenna Fischer, and other notable favorites working at a paper company in Scranton, Pennsylvania, officially made its transition to Peacock, NBCUniversal’s new streaming service, on January 1, after years of availability on Netflix.

In a press release – stylized as a memo sent out by Dunder Mifflin CEO David Wallace, played by Andy Buckley – the streaming platform shared that they “expect a significant spike in sales starting on January 1, 2021, when Peacock starts streaming the documentary footage that was shot at Dunder Mifflin Scranton between 2005 and 2013.”

“This includes all previously released episodes and brand new, never-before-seen content,” the statement reads. “We anticipate that this will cause renewed interest in our product lines, especially as a result of the footage that will be released for the very first time.”

While all 201 episodes of ‘The Office’ will be available to stream on the platform, subscribers will be privy to a slew of new content, including previously unreleased footage and extended “Superfan” episodes with bonus clips.

“We will be reintroducing ‘The Office’ in a more complete way, incorporating elements that were not part of the original broadcast,” said Matt Strauss, the chairman of Peacock and NBCUniversal Digital Enterprises. Such installments are beginning with Season 3, and include extended cuts with never-before-seen footage and deleted scenes. Peacock gave fans a first look at this, with a new Season 3 clip that features Michael Scott (Steve Carrell) explaining how the company addresses the “public relations challenges facing an industry that pollutes the environment while destroying trees,” as he stumbles through an explanation of how Dunder Mifflin uses recyclable toilet paper. A previously unreleased cold-open, where Jim and Pam attempt to convince Dwight that he is living in a real-life “Matrix” scenario, was additionally shared to the delight of audiences. Starting in March, more clips and “Superfan” episodes will become available for the later seasons of the show.

“Having ‘The Office’ back in the NBC family opens up access to a lot of extra content that we originally shot,” said creator Greg Daniels in a statement released by Peacock. “The team at Peacock wanted to create the ultimate destination for fans, so I went back into the dailies with the original editors of the show and found some never-before-seen footage that was cut for time but is still fun to see.”

“You can choose to watch the classic version of the show, or the superfan extended cuts with this new footage and other deleted scenes that we are gradually rolling out, starting with season 3. The experience on Peacock should feel like a celebration of ‘The Office’ for fans.”

Along with the extended cuts, Peacock is additionally featuring “The Office Collection,” which will include curated scene playlists and “best-of” compilations, including cold opens, “Best of Dwight”, favorite appearances of guest stars, as well as memorable scenes such as the endless pranks and “The Story of Jim and Pam.” Also available for the viewing pleasure of fans are bloopers, featurettes, cast interviews, and more behind-the-scenes footage.

In an interesting nod to the pandemic that has resulted in many people having to leave their office behind, Peacock also created “The Office Zen,” a 24/7 channel of ambient noise, “devoted to the sights and sounds of the office for anyone working at home.” The platform additionally launched an interactive website, new Giphy, and TikTok channels in order to give fans a chance to experience and share “the best of Dunder Mifflin” and more Office content.

The popularity of ‘The Office’

Although it was initially released in 2005 and ended in 2013, ‘The Office’ has been an unwavering fan-favorite that has only increased in popularity over the years. With its mundanity that somehow works itself into a whirlwind of humor and resulting bingeability, the single-camera mockumentary has achieved a cult following that will likely continue for years to come, despite its recent move.

According to Bonnie Hammer, chairman of NBCUniversal Content Studios, ‘The Office’ “has become a staple of pop culture and is a rare gem whose relevance continues to grow at a time when fans have more entertainment choices than ever before,” she said in a statement back in 2019.

This is certainly why the loss of the rights to the show was so devastating to Netflix, which had given it a new life on its platform as millions of people streamed it over and over again. In 2018, the series accounted for nearly 3 percent of Netflix’s total viewing in the U.S., as users watched over 52 billion minutes of the characters’ antics at Dunder Mifflin, even beating out ‘Friends’ as the most-watched licensed show last year. If those statistics aren’t a testament to ‘The Office’s longevity and prevalence in the world of television, then I don’t know what is. And considering just how much content is available to stream on Netflix, with new shows being frequently added to its massive collection, it only serves to further establish the dedication of the fans of the show, who continue to return to it as a comfort binge as well as spur new audiences to begin the series for the first time.

A New Home on Peacock

This is why Peacock is banking on hopes that fans will follow the show to the streaming platform, especially with the new content as a means of enticement. After its long run on Netflix, due to a previous agreement that kept the show on the platform until the end of 2020, ‘The Office’ was acquired by NBCUniversal after they outbid Netflix by $10 million a season last year, according to CNBC, and they will now reportedly be paying $500 million for all 201 episodes for the next five years.

The decision to reacquire such a popular show seems like a no-brainer, albeit an expensive one, although now that it’s on the streaming service, there is a bit of a catch for users. Seasons 1 and 2 are available for free with ads, while Seasons 3 through 9, plus all of the bonus content, will be available through Peacock Premium. The premium service costs $4.99/month with ads or is free for Xfinity customers, while the ad-less option, Peacock Premium Plus, is $9.99/month.

While it is still to be determined as to whether ‘The Office’ will garner as much success in its new home, its bonus content is undoubtedly an exciting plus, and no matter what, the show will surely maintain its status as a cultural phenomenon.