Twitter Backlash: Demand An Apology From Esquire UK For Stating Protagonists of ‘Promising Young Woman’ and ‘Joker’ Are Alike 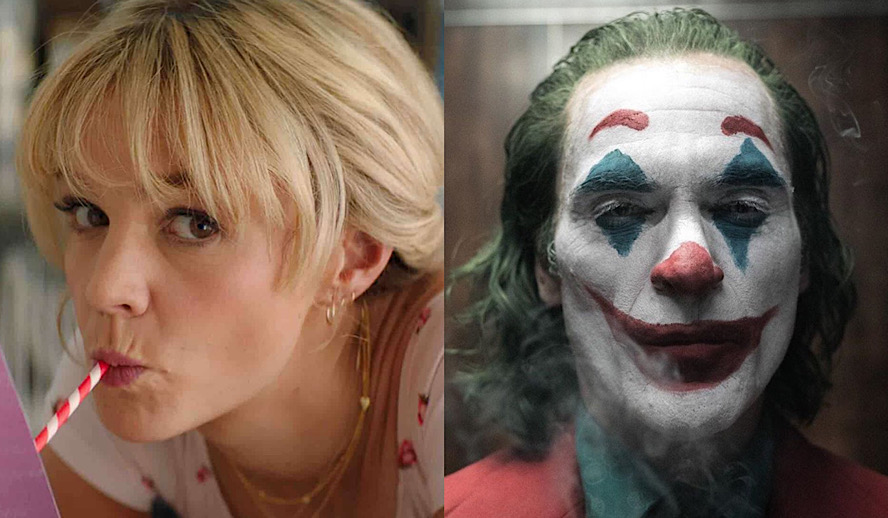 Emerald Fennell’s audacious directorial debut ‘Promising Young Woman’ has generated a lot of conversation, a result the filmmaker has expressed she anticipated and hoped for. The film follows Cassie, a medical school dropout on a mission to force self-proclaimed ‘nice guys’ to reevaluate themselves and avenge her best friend whose rape led to her suicide. Its five Oscar nominations and WGA Award for Best Screenplay have all added flame to the fire of its buzz, for better or for worse. Among the many publications taking part in the dialogue, Esquire UK, a men’s magazine, published an article on March 16 titled “Will Promising Young Woman Get Its ‘Joker’ Moment”, written by Olivia Ovenden.

A troubling title when taken out of context; what exactly is the “Joker Moment” Ovenden is speaking of was this reader’s first reaction. Could it be when he entices an entire city’s angry men into anarchy and smiles as they cheer him on? Or perhaps it’s when he most likely kills his female neighbor whom he is attracted to? The headline appeared on Twitter alongside a photo of Cassie’s in her final act of revenge, the only moment of actual violence in the film.

Clickbait? A Deceiving Twitter Thread Seems Almost Out of Tune with the Article Itself.

On Twitter, Esquire introduced the article in a thread, here were the headlines of the individual tweets:

Like Todd Phillipp’s #Joker, #PromisingYoungWoman is also an origin story about an isolated figure expressing rage and enacting revenge. pic.twitter.com/gaoTUNQ46f

First things first, ‘Promising Young Woman’ is many things, but an origin story it definitely is not. Cassie’s life takes place in the confines of this single film in which there are zero actual flashbacks of her life before it starts. Secondly, my initial thoughts upon seeing this poorly worded comparison were that the writer is stating that Joker’s rage and Cassie’s rage are similar. The rage Cassie holds is survivor’s remorse and that of a best friend who is in mourning. It is the rage of every woman.

The rage shown by Joker stems from his medical condition causing him to be isolated and mistreated. The validity of the origin of his rage is not doubted nor belittled. But through constant justified acts of fatal violence, he becomes a terrorist that audiences are meant to sympathize with (yes, I am thinking of the talk show scene speech).

As characters have two very different sources of pain, the way in which they express their “rage” is equally polarizing. One of the things that is brilliant about Fennel’s film is that it never attempts to soften the damage Cassie is carrying out, we take it for what it is, unlike ‘Joker’ which seems to want us to pity Arthur every step of the way. We really judge her when her tricks seem to be causing harm to other women. Although it teases that she might be hurting men, it is a strange feeling of relief when we find out she is simply out to teach a lesson. The writer of the Esquire article seems to agree with these statements.

The actual article states: “Yet what makes Cassie a more interesting figure than the Joker is Fennell’s reluctance to have her carry out the actual violence herself”, that it is her nonviolence that sets her apart but in the eyes of some Academy voters might belittle her. Again, all of this difference and the concern the author has for the potential problem, is lost by comparing the films with such little context.

Despite all of the criticism #Joker encountered, it was widely agreed that Joaquin Phoenix had skillfully portrayed the anger of an isolated male. What does it say that Carey Mulligan’s Cassie has been critiqued as a caricature for expressing the same rage? pic.twitter.com/Ci3g2agEje — Esquire UK (@EsquireUK) March 16, 2021

– “Despite all the criticism Joker encountered it was widely agreed that Joaquin Phoenix had skillfully portrayed the anger of an isolated male. What does it say that Carey Mulligan’s Cassie has been critiqued as a caricature for expressing the same rage?”

The second headline gave confirmation that the author thinks these two characters’ rages are the same. Moving forward, the article never explicitly states what this “Joker Moment” is, but the above excerpt is taken from a passage of it that vouches for Mulligan’s Oscar win despite The Academy not being comfortable with such female roles. In other words, the “Joker Moment” is winning the lead acting Oscar. It is ironic that the author is judging others for dismissing Cassie as a caricature when she is literally comparing her to a comic book character, placing a side-by-side photo of the two having a similar moment applying makeup in front of a mirror in their respective films.

Defenders of Both Cassie and Joker Plead Their Cases in the Comments.

The comments included exactly the kind of drama expected by such a strange and controversial stance on two very dissimilar films. One user wrote an opinion on Promising Young Woman: “It’s yet another part of Hollywood’s Brute Caricature effort against men. The only good part of the story is her dying.” Another gave an insightful expression of their disinterest “this movie looks and sounds stupid, her life isn’t as hard as Joker’s.”

Thankfully, I was not the only one who noticed the manipulative nature of the take. One user wrote“Wondering how trauma-informed writer Olivia Ovenden is bc this is a bad take. It’s weak, it’s unnecessary comparison even if it did make sense (it doesn’t), & Frankly disrespectful both to the film’s comparative journey in development & to survivors.” Another defended the film from a Joker fan that called it nonsense, “I’m sorry you couldn’t have any form of empathy to watch something from a woman’s perspective”. Then there’s a comment by a user whose loyalties are genuinely hard to identify “Incel female about to shoot up a movie theatre.”

What Does this Say About the Way Editorials Think about Female Filmmaking?

That last tweet brings me to my last point. The author of the article and the social media coordinator at Esquire know that the Joker has become associated with the male rage akin to incel culture. Whether it’s warranted or not is irrelevant, it is an objective fact. This fact highlights how irresponsible it is to emphasize the two films’ similarities in a tweet. This all begs the question: why? Why consciously cause a divide based on gender around one of the most anticipated female-centric films in short memory? Why sacrifice journalistic integrity, and belittle an achievement in female filmmaking, for web traffic?

The answers to these questions are of course transparent in an age where the number of Instagram followers is more celebrated and rewarded than real talent and the line between TikTok famous and actually famous is slowly becoming indistinct. Esquire could have had the decency to include the link to the actual article in each tweet, but that might have been detrimental to their goal.