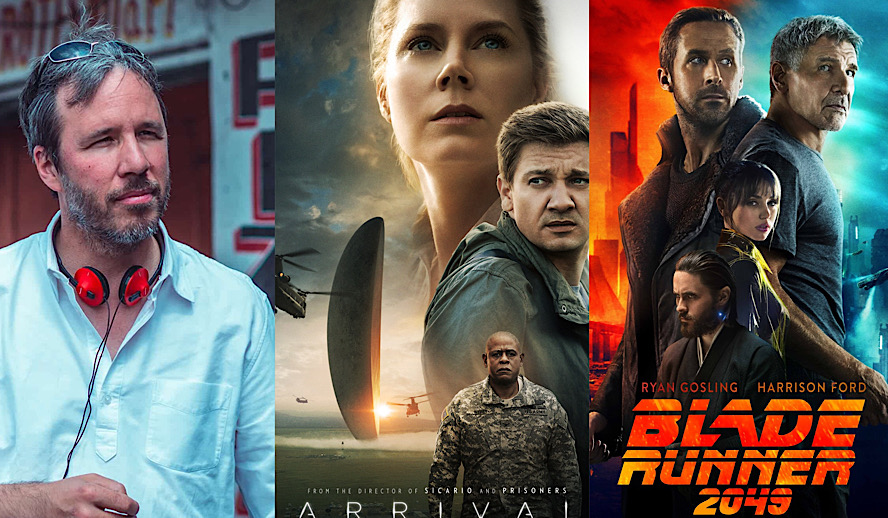 French-Canadian filmmaker Denis Villeneuve is one of the most exciting directors working in Hollywood. He is at the helm of the upcoming film ‘Dune’, which is arguably the most anticipated film of 2021. Villeneuve shares certain similarities with another filmmaker you may have heard of – Christopher Nolan. I compare them because both tend to approach big-budget films with an auteurial, art-house sensibility that is unique in today’s market. Though Villeneuve is less cerebral (and probably less groundbreaking) than Nolan, his stories are often more streamlined and emotionally accessible.

There is a reason why people are awaiting ‘Dune’ so eagerly. One is that Villeneuve has proven his hand at sci-fi with films such as ‘Arrival’ and ‘Blade Runner 2049’. The other is that Villeneuve has made good films in a variety of different genres – his versatility is truly impressive. The joy of ranking his five best films is that they are so different from each other, but this is also what made the process so very difficult. Nevertheless, here we go…

In ‘Sicario’, Emily Blunt plays an idealistic cop who, after an operation gone wrong is plunged into the sewer that is the US/Mexican drug war.

‘Sicario’ benefits from presenting a harsh world devoid of easy answers and instead made up of hardened, sketchy individuals. It has good use of violence – the mayhem is never glorified but instead abrupt and blunt – brutal, but not excessive. ‘Sicario’ has an incredibly strong sense of atmosphere, with a fantastic score by the late Jòhann Jòhansson and wonderful, naturally-lit cinematography by frequent Villeneuve collaborator Roger Deakins. The cast is fantastic – Emily Blunt plays the descent from idealism into anger very well, Josh Brolin is delightfully menacing and Benicio Del Toro is fantastically intense – the climactic dinner assassination is one of the most cold-hearted kills you will see on the big screen.

Story-wise Sicario’ doesn’t break any new ground, but it approaches a complex subject with enough nuance and artistic flair to be one of the better cartel films out there.

After his daughter is kidnapped, Keller Dover (Hugh Jackman) sacrifices everything to get her back (including his morality) with the help of Detective Loki (Jake Gyllenhaal).

‘Prisoners’ is a very engrossing mystery. It builds its pieces slowly but the puzzle steadily ramps up. As he often does, Villeneuve successfully paints an ugly, disconcerting picture of the world; the protagonist’s violent descent is uncomfortable, and the general sense of sickly, brooding ill-will is palpable. ‘Prisoners’ is also more rewatchable than people give it credit for – it is so much more than a story about finding a kidnapper. Many details aren’t easily perceptible the first time around, and each character has a journey. Hugh Jackman and Jake Gyllenhaal are both fantastic, and the supporting cast delivers too.

It might be too dour for some, but ‘Prisoners’ will satisfy those looking for affecting chills.

Villeneuve’s last foreign language film is a powerful story about a deeply disturbing family secret. In it, a dying mother (Lubna Azawal) leaves letters to her children to bring them to the Middle East to find a lost family member.

The family mystery that builds in ‘Incendies’ starts off intriguing and ends up being thoroughly shaking. The final reveal is genuinely haunting and is ultimately what makes the film memorable. That being said, the entire film is consistently engaging. Even when you aren’t sure where it is leading, the adventure undertaken by the two characters is still an epic odyssey through a torn Lebanon. Despite its low-budget (in comparison to Villeneuve’s recent films), ‘Incendies’ is as grand in scope as it is rich in personal drama. Like a lot of Villeneuve’s films the pacifist message carries through; violence is a crucial presence and is never anything less than harrowing.

‘Incendies’ is a perfect indicator of what was to come from Villeneuve; it is an intimate, emotionally resonant story that also feels grand in scope.

In ‘Arrival’, Amy Adams plays an academic whose life changes forever when she is asked to investigate an alien aircraft that has arrived (get it) on Earth.

Villeneuve’s first foray into science-fiction is wonderful. It is so nice to see a film in this genre that prioritizes ideas over spectacle. For the most part, Arrival is a film about communication, but even though it contains smart social commentary, it primarily succeeds because of the journey of its central character, Louise. Villeneuve’s focus on the aliens’ impact on Louise’s life comes to a poignant head in the film’s twist ending.

‘Arrival’’s alien plot isn’t really that interesting on its own. It exists more as a way in which to enhance Louise’s journey. Though this may be why it doesn’t quite achieve legendary status, like all the best science-fiction films ‘Arrival’ succeeds because it knows to prioritize story over surface-level spectacle.

I sympathize with people who would name ‘Arrival’ as the better sci-fi film. It does pack a simpler, stronger emotional punch. However ‘Blade Runner 2049’ is such an achievement when it comes to immersion in the cinematic experience. It’s a brilliant, ambitious sequel to Ridley Scott’s classic sci-fi noir, ‘Blade Runner (1982)’. It stars Ryan Gosling as Agent K, a new replicant Blade Runner who hunts down older models.

Villeneuve’s sequel works because it tells its own story whilst simultaneously honoring and drawing from the original’s aesthetic and narrative. Harrison Ford is used sparingly, but well. Gosling’s Agent K is an inviting, new protagonist. Roger Deakins’ cinematography brilliantly expands upon the dystopian vision created by the original. As well as being a good continuation of the first film’s look, ‘2049’ continues its themes too. Villeneuve explores memory, death, and sexuality with a sensibility that feels reminiscent of the first film’s best moments. Nothing ever reaches the original’s brilliant “Tears In The Rain” monologue but the effort is admirable nonetheless.

Though it is slightly overlong and ultimately not as concise as the original, that doesn’t stop Blade Runner 2049 from being one of the best sci-fi films in years, and Villeneuve’s most impressive film to date.

Denis Villeneuve’s ‘Dune’ will be on HBO Max and in theaters in October 2021.