The Rise of Matt Damon: A Tribute to the Highly-Deserving Hollywood Star 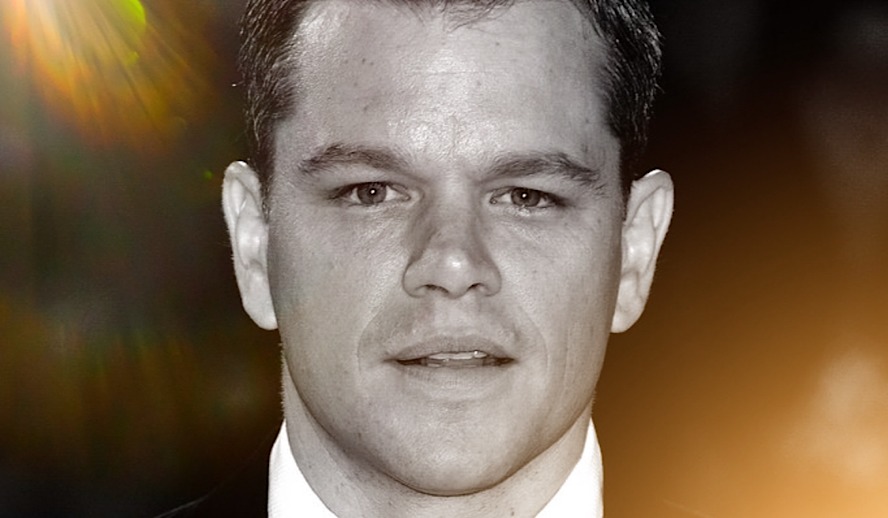 The Academy Award-winning and additional four times nominated actor, writer, and producer, Matt Damon, won’t need an introduction for most people. The films he has been involved with over the years range from big-budget blockbusters to acclaimed Indies. It is highly probable that most readers have watched at least one of his films and know a bit about his background. Regardless, we will give a brief summary of his early life before delving into more particulars.

Matt Damon was born on October 8th, 1970, in Cambridge, a suburb of Boston, Massachusetts. Damon was 9 when he and his brother moved with his mother to a six-family communal house in Cambridge. It was shortly after this when Damon and Ben Affleck became friends. In an interview on Conan, Damon describes a snow day in his youth that led to a fight breaking out while playing football with local kids. Damon was pinned on the ground and and was about to get beaten up when a young Ben Affleck saved him. Affleck tackled the boy off Damon, which helped deescalate the fight.  Damon described that event as a “big moment”, and that he knew Ben was a good friend to have. This childhood friendship started in Boston and continued to grow as both pursued acting and found success in Hollywood.

Damon’s interest in acting came from an early age and blossomed when he took four years of theater classes in high school. He applied to Harvard with his entry college essay being on acting. Ben Affleck was already acting at an early age, and it wasn’t until Damon was 16 that he received his SAG card. This came from a commercial that he ended up getting cut from. It is amazing to know where Damon and Affleck started out and that both went on to become successful in the careers they started pursuing when they were young.

Besides acting on stage during his time in high school and college, Damon would skip class to audition with Affleck for roles. Damon was able to get a few acting jobs while at Harvard and took leave of absences to perform the parts. Early roles included parts in Mystic Pizza, School Ties, and Geronimo: An American Legend. It was for the last film in the sequence that Damon ultimately dropped out of Harvard. Damon believed that this was going to be the film that launched his career. Unfortunately, Geronimo did not perform well at the box office and left Damon looking for another breakthrough role.

This breakthrough moment could be traced back to two roles. The obvious case being Will in Good Will Hunting. The other was his performance in Courage Under Fire. While Damon and Affleck sold the script of Good Will Hunting in 1994, it took a while for the production to gain momentum. By the time the film came out, Damon had already landed a few significant roles, and his performance in Courage Under Fire was the catalyst for landing those parts.

In an interview with the SAG Foundation, Damon describes how landing a good role for an unknown actor means a lot of luck. Every other young actor in Hollywood would have to have passed on the role. Then, after it opened up, you would need to land the part against all the other hopefuls. Damon was able to land the small part of Ilario in Courage Under Fire and went through a period of severe weight loss for the role. His hard work would pay off in a few different ways, one being a superb performance in the movie. The others being that he caught the eye of both Francis Ford Coppola and Steven Spielberg. Coppola cast Damon as the lead in The Rainmaker, and Spielberg cast Damon in a supporting role in Saving Private Ryan. Damon was cast in these two roles before the release of Good Will Hunting.

Good Will Hunting and Oscar Glory

The screenplay originated from a writing assignment for one of Damon’s classes at Harvard. When Damon moved out to Los Angeles after Geronimo, he connected with Affleck, and the two went to work on the script and eventually sold it. In the SAG Foundation interview, Damon relays how Good Will Hunting was initially with Castle Rock Entertainment but was stuck in development. Affleck and Damon needed to shop the screenplay around in order to keep their roles in the film. Affleck had worked with Kevin Smith, and it was this relationship that got the script in front of Harvey Weinstein. The film found its wings from there.

As explained in the previous section, Damon had already landed significant roles before the release of Good Will Hunting. The same was the case with Affleck. The big role for Affleck was his part in Michael Bay’s Armageddon. However, Good Will Hunting was the film that launched both to superstardom. The movie was made for $10 million and grossed over $225 million at the worldwide box-office. The film was nominated for 9 Oscars, including Best Picture. Damon was nominated for Best Actor in a Leading Role and shared the win of Best Writing – Screenplay Written Directly for the Screen with Affleck.

And the Show Goes On

Matt Damon’s next few years had hits and misses. Rounders, Dogma, and The Talented Mr. Ripley followed The Rainmaker, Good Will Hunting, and Saving Private Ryan. All three following films performed well at the box office and garnered positive reviews for Damon’s performances. His next films, The Legend of Bagger Vance and All the Pretty Horses, were not as well-received, but Damon continued his fine form in Ocean’s 11. The film was a huge hit and cemented Damon as a big name actor.

Ocean’s 11 (2001) reeled in the new century for Damon, and since then, he has starred or co-starred in Blockbusters and Oscar-nominated films every few years. The Bourne movies, The Departed, Invictus, True Grit, Behind the Candelabra, Interstellar, The Martian, and Ford vs. Ferrari are few of many films that Damon contributed to with phenomenal performances over the years. For his roles in Invictus and The Martian, Damon was nominated for Best Actor in a Supporting Role and Best Actor in a Leading Role by the Academy.

In addition to being an Academy award-winning writer and nominated actor, Damon is also a nominated producer. His role in the production of Manchester by the Sea earned him a nomination for Best Picture in 2017. His filmography is immense and also includes credits for Documentaries and Television.

Damon has given movie lovers plenty to admire over the years, and it doesn’t look like that will stop anytime soon. Damon’s 50th birthday is today, the 8th of October, and we at Hollywood Insider thank him for his contribution to film and wish him the best. Happy Birthday, Mr. Matt Damon, we will continue rooting for you!