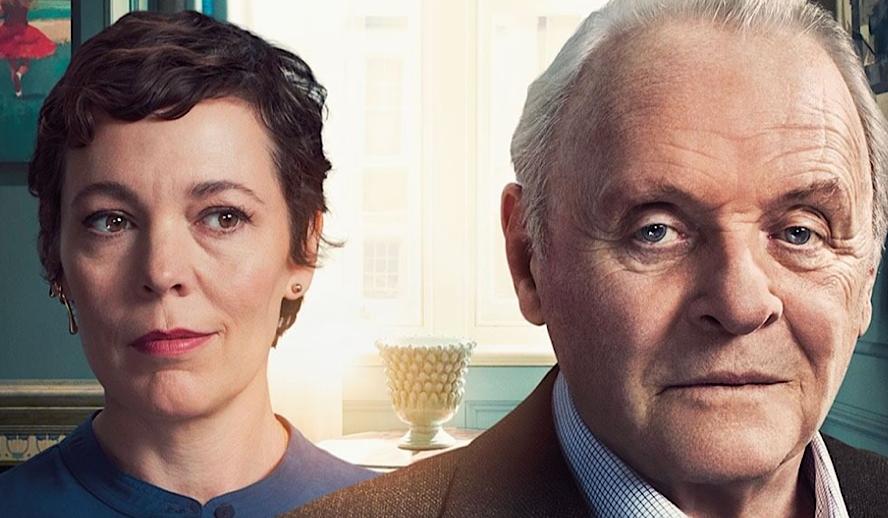 In Florian Zeller’s directorial feature film debut, he crafts a film that shows wisdom beyond his experience. Based on Zeller’s own play, ‘The Father’ follows Anthony (Anthony Hopkins), a stubborn, aging man who refuses any assistance from his family. As the movie progresses and Anthony’s memory deteriorates, the audience is right there with him. Unlike ‘Falling’, another movie released this year that also focuses on a father with dementia, ‘The Father’ is less idyllic and much darker.

There are no holds barred with this movie and even when it hurts to watch, my eyes were glued to the screen. ‘The Father’ is a tear-jerker because of the harshness of the reality it portrays, the performance from Anthony Hopkins, and the direction from Zeller.

Related article: 30-Year Anniversary of ‘The Silence of the Lambs’ Released on Valentine’s Day 1991: Study of the Male Gaze

Related article: Netflix’s ‘The Two Popes’: A Buddy Comedy With More Than A Sprinkle of Blessings Which Led To Oscar Nominations for Anthony Hopkins and Jonathan Pryce

Stylistically, ‘The Father’ starts out like many other movies about dementia. Anthony is an isolated and bitter man, who, as his condition worsens, begins to lash out at those around him. In the beginning of the film, it seems like the story will be about his relationship with his daughter, Anne (Olivia Colman), but it becomes something much more.

For lack of a better term, ‘The Father’ transforms into a mystery and each time Anthony gets confused, the audience is right there with him. In one instance, Anthony enters a room and sees a strange man sitting in his living room who claims to be Paul (Mark Gatiss), Anne’s husband. Only a few scenes later, the actor changes from Gatiss to Rufus Sewell. The exact same thing happens to Colman who is replaced by Olivia Williams. Actors change as do names as the movie continues on and each time, Anthony is flabbergasted and annoyed.

Unlike other movies, ‘The Father’ takes the severity of dementia a step farther visually. Many scenes in the film have minute details that change, the color of the tile here or the placement of a bookshelf there. However, it ups the ante by creating a revolving door of actors and actresses that constantly come in and out of Anthony’s life.

‘The Father’ – King of the Jungle

One of the most unique things about ‘The Father’ is its use of space. The majority of the film takes place within the comfort of Anthony’s apartment, generally his living room. Here, he is the King of the Jungle and prowls around the place confidently. This is the space he’s most confident in, and as the supporting cast come in and out, Anthony makes sure to show his superiority. His mood swings are unpredictable and he changes from rage to jubilant in a flash.

Here, in Anthony’s apartment, are his prized possessions and his livelihood. He prides himself on his material items and his apartment and when the possibility of being sent to a retirement home arises, he panics. Only then do we see another side to the normally callus old man and can finally see the truth. He’s not the King of the Jungle, he’s merely a kid playing dress-up. Beneath the surface level of anger, Anthony is truly terrified.

Everything Anthony knows is constantly changing and his memory that he had relied so much on is withering. He can’t remember faces or names anymore, he can barely remember the roles he placed the people around him in. Details like the color of the wallpaper and the type of rug underneath his feet change every few minutes. Anthony’s apartment is our main setting because it also represents his mind, something he’s trapped within.

While other characters are allowed to come and go as they please, Anthony sits in his apartment and collects dust like the picture frames on the side table. He’s trapped within his own apartment, his own mind, whether he knows it or not.

‘The Father’ switches the narrative from one character to the next, though the majority of the story does take place from Anthony’s perspective. One moment, we’re inside of Anthony’s mind and in another, we’re with Anne and sympathizing with her. Above anything else, this creates unreliability in the narrators that is easy to forget. Our emotional connection with these characters trumps any logic, and it’s easy to get lost in a film about family turmoil like this.

We want to help Anne, we want to pity Anthony, and above anything else, we have an emotional connection to these characters. All of these key feelings are directly thanks to Zeller, who adapted this screenplay (with the help of Christopher Hampton) from his own play. Originally, Zeller’s play premiered in Paris and went on to win the Molière Award for Best Play. Because of this success, Zeller adapted the script into a screenplay and tried his hand at directing.

While Zeller is an established playwright and director, the difference between film and the stage is major. Many people wondered how the transition would be, but he proved that his natural skills were transferable. He brought out the best in Hopkins, who is known for his facial expressions and acting more than his body language. Hopkins is terrifying, in the best way. His anger feels real and it feels as if he’s directly yelling at us.

As well as that, Zeller was able to get more body language from Hopkins than we’ve seen in the past. At times, Hopkins is ecstatic and goofily dancing around the room. In other instances, he speaks with his hands and displays more movement than many of his other roles. Truly, Zeller knows how to bring out the best in him. However, Hopkins wasn’t the only one who had a stellar performance, because Olivia Colman was wonderful as well.

With their joined experience in acting, as well as both, being Academy Award Winners, these performances were inevitable. Colman and Hopkins work well together, dancing back and forth on a tightrope of a relationship. In one scene, Colman infuriates Hopkins and in another Hopkins gets his revenge by (usually unintentionally) embarrassing Colman. It’s a push-and-pull relationship and though we usually see through the eyes of Hopkins, it’s a nice respite to see through the eyes of Colman. Also, it brings the whole idea of how destructive dementia is, full circle. We see how it physically impairs Hopkins and how it emotionally affects Colman. No matter whose eyes we see this story through, we can feel the aftereffects of dementia and just how devastating this disease is.