Every Christopher Nolan Film Ranked from Good to Best, Director of the Most-Anticipated Film ‘Tenet’ 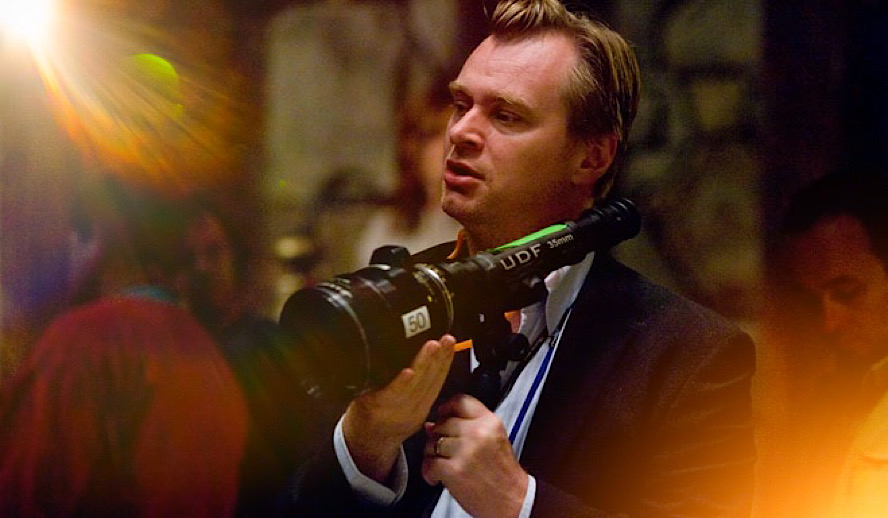 Christopher Nolan is one of the most beloved directors of the century and so happens to be my personal favorite, cultivating my love for film and hope of becoming a director. As most know, Tenet is 2020’s most anticipated film release but more importantly, is a theatrical film that will likely dictate the rest of the year because of COVID’s impact on the industry.

Between sci-fi, superhero adaptations, and unique spins on historical events, Nolan’s resume rivals the best ever and shows no signs of slowing down. As Tenet fast approaches, wouldn’t it be fun to rank every Nolan project thus far?

A neo-noir crime film, this 1998 release marked Nolan’s debut. Making the film as inexpensively as possible ($6,000 budget), including using whatever lighting he could find along with a 16mm camera straight out of his own pocket, Nolan crafted an impactful suspense and mystery story into 69 minutes, giving the world a taste of what he could accomplish.

Shot in black and white and set in the streets of London, there’s something unique and refreshing about this project in Nolan’s esteemed catalog. And though it may not have the flair of a typical Nolan film, any die-hard will love the experience and foreshadowing of techniques the beloved director uses today.

A remake of the Norwegian 1997 film of the same name, Nolan created a film just as good as the original thanks to outstanding lead performances from Al Pacino and Robin Williams (may he rest in peace) who turns in an eerie performance that bucked his type-casting as a comedy nut-ball.

Following two police detectives from LA who are tasked with investigating a homicide in Alaska where daylight hangs out longer than in most areas, leading to a lack of sleep for our protagonist. The intensity of the plot grows as the sanity of Pacino’s character lessens culminating into an epic battle of the minds between Pacino and Williams.

Though most remakes either feel too much like a rehash or completely disrespect its predecessor, Insomnia perfectly tip-toes the line of respecting the original but feeling like a separate film in its own right.

Interstellar has always been Nolan’s most ambitious film, but it can feel a bit hollow at times because of this aspect.

There was a lot riding on Interstellar. Inception and The Dark Knight trilogy had wrapped up which meant the next phase of Nolan’s career was about to begin, and Interstellar unluckily had to follow up the aforementioned iconic films.

Sci-fi is meant to be refreshing while invoking interesting ideas and critiques on the present world. Interstellar does just that but also adds a layer of vulnerability thanks to Matthew McConaughey’s performance as a father who sacrifice’s everything to save the human race.

The film does lag at times and its “intellect over action” approach will leave many viewers in the dust, but there is a rich experience to be had here if one is willing to wade through the deep waters.

Christian Bale pulls off the old man Bruce Wayne look nicely as the World’s Greatest Detective is forced to take on his greatest challenge yet: Bane. Tom Hardy is brilliant as the hulking tactician who takes down Gotham in the blink of an eye, contrasting his look with one of cinema’s most iconic voices ever.

Of course, Rises was never going to out-do The Dark Knight, but there is plenty to love here as both a Batman fan and a film lover.

C’mon, you can’t tell me that chant in the prison didn’t give you goosebumps.

2017 was a great year for cinema and Nolan got in on the action with one of my favorite war films ever in Dunkirk. I wondered leading up to its release how Nolan would combine his unique film style and original storytelling with a true event, a World War II event. Yet Nolan, being the genius that he is, found a way to use his love for non-linear world-building and flair for great cinematography and infuse it into a battle/evacuation that is rarely highlighted when WWII comes up.

Nolan brilliantly tells three tales through characters with various perspectives on land, water, and in the air, dovetailing into one overarching film. And because of this impressive feat, Nolan was finally given his first nod for Best Director at the Oscars.

The most comic-book feeling adaption of the Dark Knight trilogy, Batman Begins was exactly what the franchise needed to re-establish Batman as a film icon. This trilogy was also what Nolan needed to obtain his “make-whatever-the-hell-you-want-for-the-rest-of-your-career” card. It was a win-win for everyone involved.

Before “dark and gritty” was a cliché, Batman Begins blew minds after it’s release thanks to the realistic approach of Nolan. The character and director was a perfect marriage. Batman needed someone to care for him like none had before. Treated like a joke and put into fantastical settings too often, no filmmaker seemed to truly get the true detective aspect of the character. Nolan did but also understood the hero at a philosophical and psychological level never seen on screen.

What no one else saw coming was Nolan perfecting this just three years later.

Though the film feels very much like a 2000 release, the originality of this film holds up to each and every story revolving around memory loss and non-linear storytelling. In fact, you’d be hard-pressed to find a film that executes this style better than Memento.

Nolan’s second film was the one that put him on the map as we follow Leonard Shelby, a man suffering from anterograde amnesia (a unique type of head injury in which the victim can no longer create new memories but does remember the past), who is hell-bent on finding his wife killer, the same event that caused his accident. Shelby uses pictures and writes on himself so that the “new” Shelby will know where to continue on.

The film covers two timelines, one going backward, and the other going forward, ending in the middle of the film’s actual timeline. It sounds hectic, yet the film feels simplistic but you’re so intrigued by what happened/happens it stems a perfect balance. Everyone knew after this film, Nolan was going places.

This one is easily the most underrated of all the Nolan films, and it’s not even close. You could find each Nolan film outside of Following on various best-of lists, but not The Prestige, it rarely pops up anywhere. Now why is that?

What more could you want?

That’s what I thought.

Pretty much regarded as the greatest comic-book film ever made, I always remind everyone that only three super-hero films transcended the genre as not great super-hero films, but truly great art: Logan, Spider-Man 2, and The Dark Knight.

There’s too much to say about this film. The story, full of stakes, emotion, and risks, is groundbreaking in every way. And of course, there’s the best part, Heath Ledger’s Joker. I love you Joaquin, but Ledger is still the best to ever play the role.

I’m not gonna say anymore. You know it’s great. Everyone knows its great. I don’t need to justify my placement to anyone.

If you’ve read my second article on why Inception is the greatest film of the decade, you won’t be surprised by its first-place spot.

Inception surpasses all others in ambition, spectacle, story, and a perfect cast to execute Nolan’s vision.

And that is my ranking of the ten Christopher Nolan films. Soon Tenet will join that list, where is anyone’s guess (though I’m willing to bet it’ll be in the top half at the very least). Best of luck to the team of Tenet which includes Christopher Nolan, John David Washington, Robert Pattinson, Elizabeth Debicki, Michael Caine, Dimple Kapadia, Kenneth Branagh, etc.