The Films with the Best Dialogues 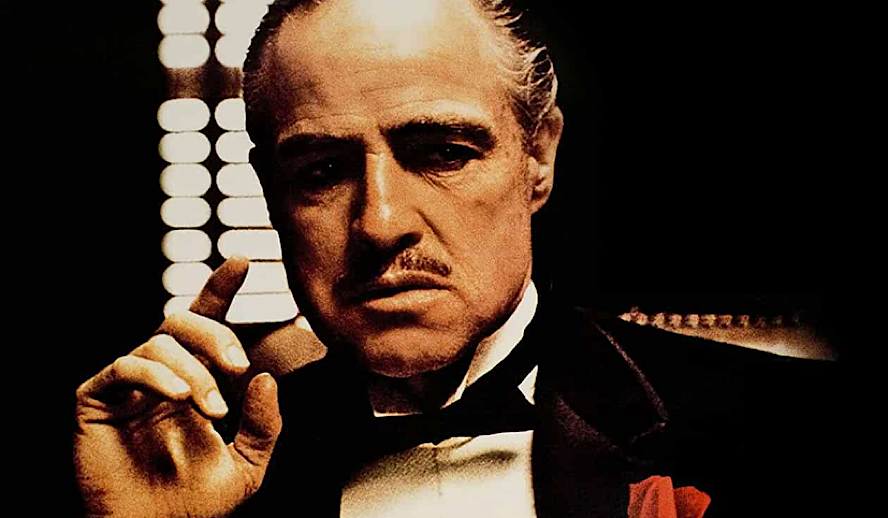 Best Dialogues: The saying a picture is worth a thousand words can be expertly utilized in film, but since the invention of sound in movies, the dialogue has been pivotal to the content a film can relay. A single line, much like a single picture, can speak volumes.

Over the years, there have been many great writers in Hollywood. Likewise, many great films made their way into the zeitgeist and will forever be quoted. To break down the best dialogue in cinema, we will take two different approaches to look at the spoken word. One will focus on the overall dialogue in film. This list will include movies that are driven by their dialogue, whether by nuance or outright ferocity. The other list will focus on one-liners. This list will highlight the moments in film that blow away the viewer with one line of dialogue.

We will do our best not to give away too many spoilers. If it can be avoided, it will. For the overall dialogue list, the context will be explained, but specific content will be left out. One-liners will be harder not to spoil, so we will focus on the line itself and avoid too much context. The full line will not be listed if possible. You can always skip over the line if you don’t want any spoilers. Definitely check out the film, though.

The entire Before trilogy is a masterclass of dialogue, but the first entry of the trilogy will be the one we focus on. In Before Sunrise, a young man, Jesse (Ethan Hawke), meets a young woman, Céline (Julie Delpy), on a train in Europe. The story goes on to follow the two as they connect and decide to spend the rest of the day and night together, knowing that this will likely be the only night they have with each other. Richard Linklater and Kim Krizan penned the script with dialogue that carries the viewers on a journey that is intimate, philosophical, and real. The arc of the characters in the film is brought to an expert conclusion in the final sequence. The film perfectly captures a piece of humanity and connection. It carries the viewer on this journey effortlessly over 90 minutes, with the two main characters being the primary source of dialogue.

Quentin Tarantino could have a list of his own dialogue masterpieces, but the one that launched his career is the one we will focus on. Reservoir Dogs follows a group of criminals that plan and execute a heist that goes horribly wrong. They suspect one of their own is a police informant, and the film explores how each character fits into the story. The movie is full of brilliant sequences of dialogue and one-liners. Tarantino is known for his dialogue, and in Reservoir Dogs, his talent in that realm is on full display. The first scene at a diner introduces the characters and reveals their personalities through a seemingly irrelevant exchange of dialogue. However, when this scene is broken down, it reveals each character, how they interact with each other through the film, and also who is the informant. It is a brilliant opening that shows everything to come and is just one of many instances of intricate dialogue in the film.

Do the Right Thing

Spike Lee burst onto the scene in the late 80s and made a huge wave with audiences and critics with Do the Right Thing. His use of dialogue in the film as an in your face depiction of the reality of the pitfalls of miscommunication and racism is a lesson for its viewers. The film depicts the events of a street in Brooklyn as the hottest day of the year brings its resident’s hate and bigotry to a boiling point. Lee does not beat around the bush; he cuts right to the point of relationships of race in the film. Samuel L. Jackson’s character, Mister Señor Love Daddy, is a local DJ who witnesses the events of the neighborhood behind his booth and could represent a removed voice of reason as he preaches love and acceptance. Lee is a flag-bearer of depictions of race in film, and Do the Right Thing is his first and arguably best film.

Related article: ‘The Trial of the Chicago 7’: History Repeats Itself in Aaron Sorkin’s Salient Masterpiece

Aaron Sorkin is another master of dialogue. Anyone of his films or television series could be used as an example of his ability with words. The Social Network won him the Academy Award for Best Writing – Adapted Screenplay, so we will look at this film as the showcase of his dialogue. The film recounts Mark Zuckerberg as a student at Harvard and his invention of a social networking site that ultimately becomes Facebook. In his journey, he faces lawsuits, highs of fame, and loss of friendship. Sorkin uses the dialogue in the film to expertly capture the emotions and essence of characters while advancing the plot. He is able to build the dialogue to a crescendo that takes over the scene and has the viewers on edge watching the verbal battles between the characters. This is a style that is prevalent in all of Sorkin’s work.

Film noir is a classic genre in the history of film, and it brought many great movies with brilliant dialogue. The Third Man, penned by novelist Graham Greene, is one of the best examples of this. The film follows American Holly Martins and his trip to postwar Vienna. Martins goes to Vienna to accept a job with his friend Harry Lime only to find out that Lime is dead. Martins investigates the death of his friend and follows a trail that leads to a surprising conclusion. The plot is expertly crafted by Greene, but his dialogue truly shines through. The scene on the Ferris wheel at the end of the film contains a masterful exchange of dialogue that is the climax of the movie. Action is not needed in this scene. The words are powerful enough.

Tombstone – “Wyatt Earp is my friend…”

Val Kilmer’s performance in Tombstone alone is a reason for watching this film. It boasts a stellar cast and tells the tale of lawman Wyatt Earp as he retires in Tombstone, Arizona, and faces a group of outlaws that interfere with these plans. The line of dialogue quoted above is the prelude to the iconic one-liner in the film. You’ll have to watch it to find out what that line is.

The Godfather – “I’m going to make him an offer…”

Francis Ford Coppola’s The Godfather set the bar for gangster flicks. It depicted an organized crime family as the patriarch transfers his empire to his son. The movie is a brilliant depiction of dialogue in film and is included here for the line of dialogue above.

On the Waterfront – “I coulda been a contender…”

Marlon Brando was one of the best actors in the history of film. His performance in On the Waterfront is one of his best. The film won eight Oscars. It depicts the life of an ex-prize fighter while he struggles as a longshoreman to stand up to corrupt union bosses. This line is legendary.

The making of Jaws had many trials that shaped the final film. And this iconic line in the movie has an interesting backstory of its own. The film launched the concept of the summer Blockbuster, and this line will forever be in movie history.

If you haven’t seen it, you won’t know what it means. This line explains everything. It is what starts the film, and it is what ends the film. The question the movie asks at the beginning of the story is to find out the meaning behind this word uttered upon death by publishing tycoon Charles Foster Kane. It is one of the most iconic lines in film history.

Related article: ‘Rebecca’: Lily James and Armie Hammer are Breathtaking in this Dazzling Remake of a Hitchcock Classic

There are so many great films that exemplify the power of dialogue. These lists barely scratch the surface of its rich history. They are some of the best, but there are many more examples of iconic uses of dialogue. There could be an honorable mentions list for each category above, but that would ultimately still leave out many more great films.

We weren’t even able to touch on dialogue in international films in this article, but there is a whole world of history and beauty to discover in that realm. Hopefully, this article achieves the purpose of leading you on an exploration of great dialogue in film.

What is your list for the best uses of dialogue in film?