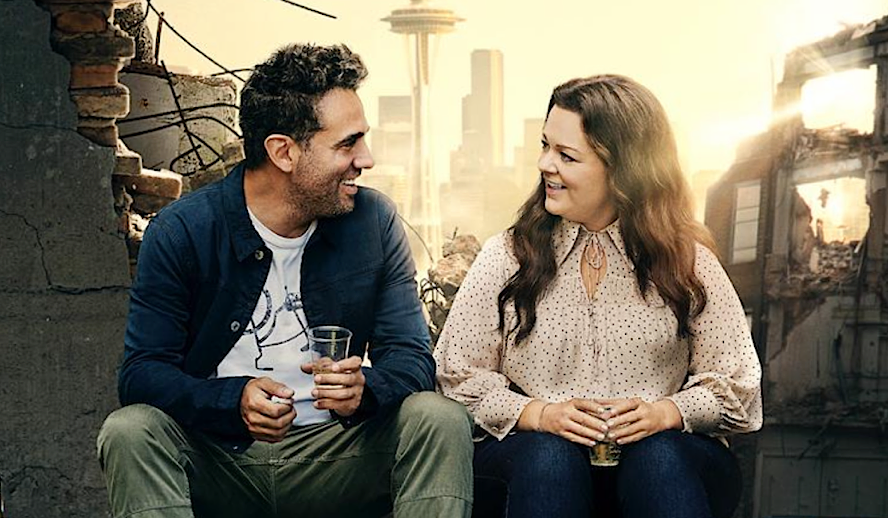 Superintelligence stars Melissa McCarthy as Carol Peters, aka the “most average person in the world.” Therefore, it’s a bit of a shock when the AI system is known only as “Superintelligence” decides to observe her for three days in hopes of discovering the true nature of humanity. A blockbuster in the truest sense, Superintelligence is an easy-to-watch comedy that has something for everyone. The AI supervillain reflects current anxieties about the increasing presence of technology in our everyday lives while humorous elements of the movie keep it a family-appropriate watch. Through Superintelligence’s genre-bending, it really does its best to appeal to a multi-generational audience, making it the perfect watch for when you’re home with your family this holiday season.

First and foremost, Superintelligence was originally supposed to be a blockbuster comedy released on Christmas of 2019. However, production company WarnerMedia decided to switch the release from theatrical to streaming in the middle of last year. Clearly, the film was being targeted towards family audiences, meaning it has to appeal to as many people as possible. One of the most noticeable ways that the film accomplishes this is through the outrageously glamorous sets. The production team emphasizes luxury throughout most of the film, bringing in attention-grabbing furniture and props to color each shot. Ironically, for a movie about technology, it seems that Superintelligence places a lot of importance on theatricality. This is not a film that strives for realism in any sense, and that is part of what makes it a fun watch.

The AI, for example, offers to upgrade Carol’s life in exchange for her participation in his experiment. Thus follow a series of scenes representing each gratuitous fantasy a modern person might dream of: a makeover with high-profile designers, a self-driving Tesla, and an extravagant penthouse apartment. The use of over-the-top mise-en-scène is a staple for modern-day blockbusters; it usually pulls in the viewer with the promise of vicariously living through the luxurious situations of the characters, a good example being the opulence of Ocean’s 8. To put it simply, exorbitant sets and situations are eye candy for the viewer, entertaining due to richness while also appealing to a mass audience.

Attention to Cross-Generational Appeal Makes This the Perfect Family Film

Beyond being just a visually-indulgent film to watch, Superintelligence has many genuinely funny moments. The humor is age-appropriate for families, garnering a “PG” rating, but the variety of jokes featured shows an effort to appeal to multiple generations. For example, there are a few poop jokes thrown in throughout the movie for younger viewers to enjoy, as well as thoughtful observances about AI presence in our lives for the adults. One moment that stuck out, in particular, was a scene that featured a witty dialogue between director Ben Falcone and Sam Richardson, playing the roles of two NSA agents who watch Carol from afar. The best part about this scene is how genuine it comes across; it almost seems as though it was improvised when the actors laugh at their own jokes right alongside us. This earnestness is where the comedic moments of the film shine through. Cleverly fast-paced banter and improvisational dialogue really bring the film to life while also keeping it attractive to the whole family.

Another giveaway that the film is intended for family audiences is the inclusion of frequent pop culture references from multiple decades. Early on in the film, Carol calls Superintelligence “basic”, a word used in modern-day slang to describe someone who lacks depth. At first, this seemed like a cheap shot to be “trendy” by including present-day slang, but as the film went on, I realized just how consistently the film references pop culture. Early on, when the government is first notified about the existence of Superintelligence, one of the NSA agents makes a joke about how the situation at hand is “like WarGames”.

For those that don’t know, WarGames is a 1983 techno-thriller that revolves around a young Matthew Broderick accidentally activating a supercomputer that eventually threatens the safety of the world. With frequent references to pop culture phenomena throughout history, the film inherently broadens its appeal to multiple generations of people. These references also spark the perfect opportunity for cross-generational conversation, perhaps forcing a mom to ask her daughter, “What does basic mean?” and vice versa with the WarGames reference. Though these pop culture references may seem like a depthless attempt at remaining trendy, in actuality, the pop culture references help the movie to bridge generational differences and broaden the scope of people that it appeals to.

Without the incredible chemistry between actress Melissa McCarthy and her love interest, played by Bobby Cannavale, this improvisational comedy technique would not have worked. McCarthy and Cannavale glow on-screen when they’re around each other. They truly seem to bring out the best performances in each other. Much of the movie features cute banter between the two as they reconnect after several years apart. There’s a naturalness to the rhythm of their talks, and playfulness in their remarks around each other.

They seem genuinely comfortable with each other, allowing them to fully relax and find their humor via the other person. McCarthy and Cannavale are the life of the film; not only do they keep it fun with their playful banter and flirtatious honesty, but they also add heart to the film through their characters’ romantic journey. The romance, though light-hearted and family appropriate, is palpable to those watching. McCarthy and Cannavale make for a sincere couple, one who has excellent chemistry, but also struggles with their own obstacles over the course of the movie.

To wrap up, Superintelligence does exactly what it’s supposed to do as a movie of this nature: it appeals to families. With so much content being produced today, it can be difficult to find something that is appropriate to watch with your parents, grandparents, or kids. While Superintelligence may not be a revelatory film about the meaning of life, it is certainly something that the whole family can watch and enjoy. With its genre-bending inclusion of action, romance, and comedy, there’s something to hook everyone in the family.

Performances by Melissa McCarthy and Bobby Cannavale give the film life and color while the pop culture references help to stimulate conversation between the audience members. Not to mention, the plot ruminating on the presence of technology in our lives is thought-provoking at the very least, providing the audience with a fun exploration of what a hypothetical AI superintelligence would look like. To put it simply, Superintelligence is a great family watch, just in time for the holidays!