Review: ‘The Call of the Wild’ – We Missed You Harrison Ford 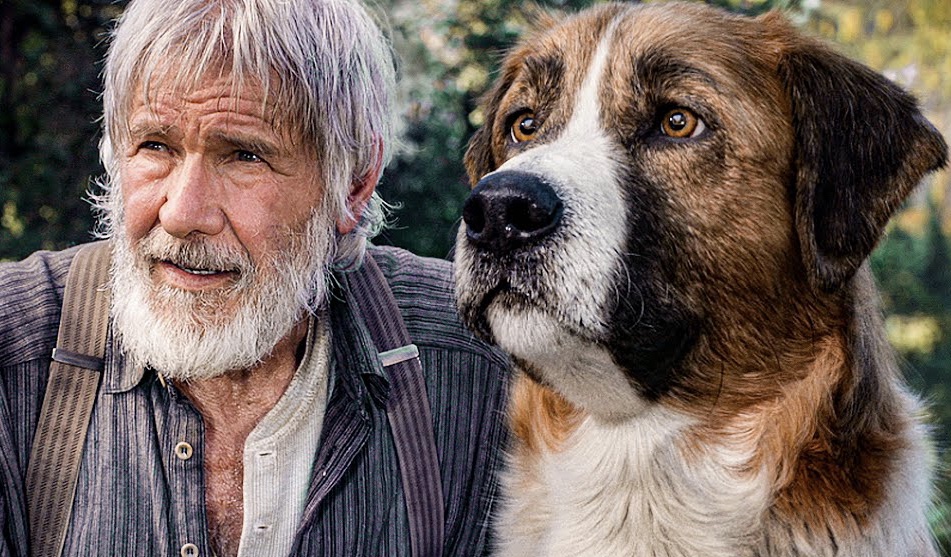 The Call of The Wild is based on the Jack London novel of the same name. This remake from the 1935 adaption is a perfect family film that stays true to itself whilst giving a solid performance from Harrison Ford who hasn’t been the leading man as often as in the olden days. Though he was the main reason I paid money for this film, my expectations for the film were subverted in a pleasant way. It may be CGI filled and sometimes so much so, the main character somehow comes off with more emotion despite not being real in any way shape or form.

The moment I saw Buck the dog running around, he was clearly a fake. I knew nothing about the story, having never read the book nor watched the original film and had assumed the dog wouldn’t be the main protagonist. Well, I was wrong. Once I figured that he was the lead character, it made a lot more sense why they’d use special effects for the dog. Though you have to suspend your disbelief, the emotion and character of Buck is mostly successful and had me chuckling at some well-timed comedic moments from the big St. Bernard/Scotch Collie.

That said, the CGI got in the way of some powerful moments that were lost in the shuffle. But as the film continued, my eyes adjusted to the CGI world and soon I came to enjoy the story much more, especially during the winter parts of the film which had some dazzling recreations of the northern lights and the sled dogs looked much more realistic against the white backdrop than the spring and summer seasons.

Related article: Timothée Chalamet and Saoirse Ronan: The Young Powerhouse Duo That Is Dominating Hollywood Together

Video: Full Commentary & Reactions From Stars on The Call of The Wild

​The Real Reason I Saw this Film:

Harrison Ford. Though he hasn’t been quite the leading man he used to be (though the upcoming Indiana Jones film will definitely change that), I grew up with this iconic actor who embodies “cool” better than anyone I’ve ever seen. Candidly, I probably wouldn’t have gone to see this film if not for Ford’s name being plastered everywhere, which I’d guess was the reason for many others as well. Without spoiling too much, Ford isn’t the real lead here, Buck the dog is. So for those expecting a heavy dose of the legendary actor, you will be sorely disappointed. But he does find a way to play off of a CGI character quite nicely and you’re very happy when his role in the second half of the film takes on a more pivotal one.

Harrison isn’t asked to do much heavy lifting in terms of acting, allowing his natural charm and persona to take lead alongside the loveable dog. The two make quite a pair and though the story is a safe one, I was satisfied with the ending. Walking out of the theater annoyed I spent $10 on a waste of film is a huge pet peeve. But when I am happy and content with a product, even if it wasn’t a home run of a production, it puts a smile on my face.

Video: Behind The Scenes of The Call of The Wild

​Yet Another Disappointment (at the Box Office)

When 1917 makes more money than your brand new release starring Harrison Ford, that’s a problem. What is with all these bad box office performances? Sure Invisible Man and Sonic are doing well, but they are overperforming. Birds of Prey and this one here are supposed to be the CGI spectacles and superhero action films that bring in audiences. Yes, Disney can take the hit of this likely $50-100 million dollar loss, but still, you’d like to see better results. Is Harrison no longer a bankable star (gasps)? I hope not, though his films outside of The Force Awakens haven’t been very stellar…

Despite the Cinemascore of an A- (an A-!) and the 89% audience rating Call of the Wild has received, few are going to see this film. It surprises me because Call of the Wild is so perfectly geared to younger audiences with parents, and it isn’t nearly as dull or boring as I find most adventure films in this vein tend to be. So to all those out there trying to keep their kids entertained for even an hour and forty minutes, definitely go see this film. And although I do understand those parents would rather wait for the digital/DVD release, the kids will be blown away by the CGI in the theater, even if we as adults see the unrealistic aspects fairly quickly.

The Call of the Wild is fine, fun, and heartwarming with some slight tearjerking moments for anyone who is an animal lover. Harrison Ford’s presence gives the film some much needed depth and star power that gives the story a better leg to stand on. Even if you get annoyed by some of the CGI, the fun characters and story that knows it isn’t some ambitious adventure do just enough to rise above the gimmicks.

At least give Buck a chance right?

Video: Rendezvous At The Premiere of The Call of The Wild