‘The Witches’: The 2020 Remake with Anne Hathaway and Robert Zemeckis on HBOMAX 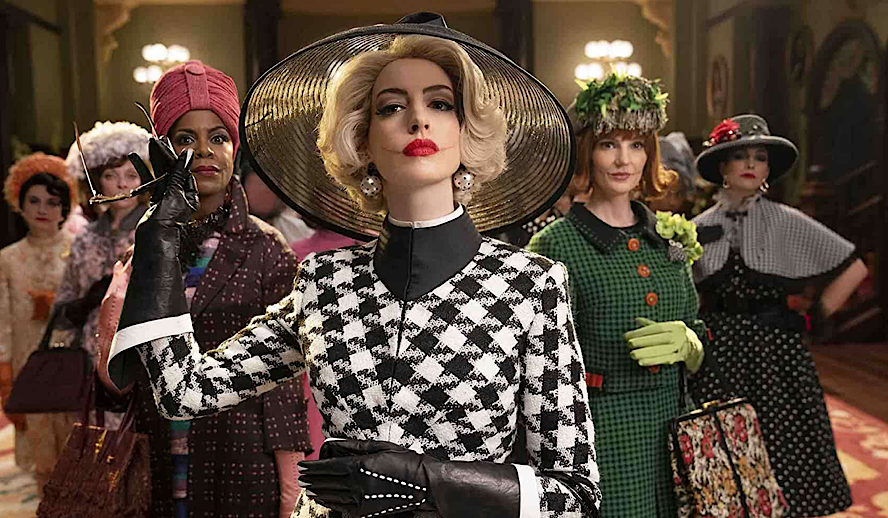 New movies are still being released even during the era of coronavirus. One such new release gracing our streaming services is ‘The Witches’. It was originally supposed to release in theatres but smartly made the decision to go for a streaming release and premiere exclusively on HBOMax.

Based on the novel by Roald Dahl, The Witches follows a young orphan boy who goes to live with his grandmother after the death of his parents. After an encounter with a witch wearing a deceptively elegant disguise, the boy and his grandma go to stay at a beautiful seaside resort for protection. Unfortunately, the Grand High Witch summons a huge coven to that very same resort, to enact her wicked plot to get rid of all children.

Related article: The Immortal Magic of ‘Hocus Pocus’: Looking Back at Classic Ahead of Cast Reunion

Related video: Video: The Evolution of Armie Hammer – All His Roles & Performances From 2006 to 2020

A Quirky Remake of Roald Dahl’s Dark Story – ‘The Witches’

I was happily surprised at the quirkiness found in this film. I remember being a young kid, trying to read The Witches by Roald Dahl with my mom, and eventually just being too scared to continue. Because of my experience being terrified of reading the book, I was nervous about watching the film. To this day, I cannot easily watch horror films as some people do, but I knew from the trailer that this film’s creep factor served a more comedic purpose than in traditional scary movies. In my view, this film perfectly straddled the line between ridiculous and scary.

Yes, there are parts where younger children would definitely have to close their eyes and/or cover their eyes, but I believe that without those scenes, this film would not have worked as well as it did. The CGI throughout the film was exceptional, hinting that the film had a large budget, but it also added an outlandish style to many of the CGI moments. This allowed any parts that may have been seen as too creepy or scary to be toned down a bit with some hilarity, showing that it wasn’t fully real.

The Story Was Relocated to Alabama in the 1960s, Adding Interesting Racial Undertones

Roald Dahl’s original story takes place in England, however, Director Robert Zemeckis—known for Back to the Future, Forrest Gump, and Contact—chose to move the film’s location to Alabama in the 1960s. The main characters are also African American, and face certain obstacles due to this fact. It also is a better representation of the historical moment of the 1960s.

When the young boy and his grandmother go to stay at a high-class resort in order to stay safe from the witches, audiences may notice that all of the workers at this hotel are black and all of the guests, aside from our main characters, are white. Even the hotel manager, played by the brilliant Stanley Tucci, makes some racially charged remarks.

I absolutely loved this change and believe that it added more depth to an otherwise completely laughable story. It also shows that there was no real reason for this story to be set in England. We need to diversify these stories and incorporate aspects of all people’s life experiences. This film showed that in a fun way that created a bridge between real-world struggles and peculiar happenings.

I am a huge fan of both of these actresses and was beyond excited to see them both in prominent roles in this film. They did not disappoint, and each served as an interesting foil to the other.

Anne Hathaway plays the Grand High Witch who is the mastermind behind the larger plot to turn all children into mice. Hathaway is almost always in roles that are more realistic such as in The Devil Wears Prada and The Intern, which makes it so refreshing to see her boundaries pushed to play such an outlandish character. Watching as she abruptly went from screaming terrifying witch to a young woman simply recounting her day was hilariously unsettling.

Octavia Spencer was in a more traditional role by playing the main protagonist’s grandmother. She was unconditionally loving and is someone who actually knows about the witches’ existence. Her comedic role could have been expanded a bit more, however, I feel that this could have pushed the movie over the line into completely ridiculous territory. As it is, Spencer was the calm balance to Hathaway’s crazed absurdity.

Overall, this film did a great job of combining hilarity and gravity in one film. Not afraid to shy away from the darkness present in Roald Dahl’s tales, the film creates a fun adaptation of his work. It is really hard to create a film that incorporates scary/horror elements but is still appropriate for young children to watch. I feel that it did a great job balancing these combating aspects of the story, as well as making a film with amazing actors who can portray these outlandish roles.

Roald Dahl’s The Witches 2020 adaptation is currently available to stream on HBOMax.