The Rise and Journey of Daniel Kaluuya: From Unknown To Oscar Winner 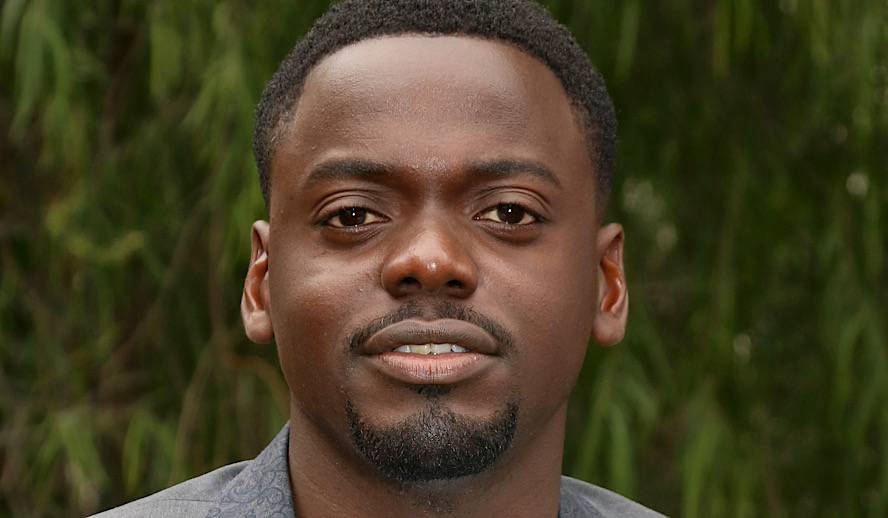 In 2015, while watching ‘Blade Runner 2049’ filmmaker, Denis Villenueve’s, ‘Sicario’ which starred powerhouse talents such as Emily Blunt, Benicio Del Toro, and Josh Brolin, there was a small supporting character that I found myself gravitating towards — that actor was Daniel Kaluuya. In the few scenes that Daniel Kaluuya appeared in, I found myself enjoying his performance and his charisma on screen and noted him as someone to keep an eye on. Two years later, Kaluuya would bring that same talent and charisma to Jordan Peele’s directorial debut ‘Get Out’.

Since his small role in ‘Sicario’, Daniel Kaluuya has ascended from side character to headliner. While not that long ago and unknown, Kaluuya has already notched multiple Academy Award nominations as well as a win for Best Supporting Actor. With a near-unprecedented rise to stardom, Daniel Kaluuya is now an A-list star and deserves all the praise that has come his way. Through an examination of some of Kaluuya’s performances, it will be clear to see how the trajectory of his career shot up so exponentially and what drives the actor’s decision in the roles he takes.

Related article: ‘Nope’: A Grand Spectacle in Filmmaking and the Horror Genre

Related article: An Analysis | In Looking to the Sky, Jordan Peele Leaves His Head in the Clouds

Undoubtedly Daniel Kaluuya’s breakout role was starring as Chris in Jordan Peele’s satirical horror film, ‘Get Out’. The horror-thriller burst into theaters drawing audiences for both its unique concept as well as Peele’s storytelling prowess in his expert writing and directing. ‘Get Out’ is one of the most intelligent films ever written, incorporating visual storytelling, fleshed-out characters, and an important social commentary — the film does what good horror films should: tell a compelling story along with its scares. ‘Get Out’ was a smashing success both critically and financially with much praise coming to its lead performer, Daniel Kaluuya.

Kaluuya came into the film as the unknown around popular stars such as Bradley Whitford of ‘The West Wing’, Allison Williams of ‘Girls’, and LaKeith Stanfield of Ava DuVernay’s ‘Selma’. Yet, being accompanied by all that talent did not lead to Kaluuya falling into the background; instead, Kaluuya elevates the performances of these stars and the film as a whole. Kaluuya brings it all to this role; his charm, the intensity of the moment, and the pain of the character are all on full display in the film. Chris is undoubtedly the conduit for the audience in the film which could lead to his performance being overlooked by the high-stakes plot of the film. However, Kaluuya gives such a memorable performance it is impossible to not appreciate it whether it be his iconic moment of crying in the chair before entering the Sunken Place or the intensity in his eyes as he takes a knife to the hand fighting his captors. Clearly, the Academy took the same notice of Kaluuya’s performance that audiences did as Kaluuya was nominated for Best Actor for ‘Get Out’ at the following Academy Awards.

Full Rendezvous at the World Premiere of ‘Nope’

After ‘Get Out’ and his Oscar nomination, Kaluuya saw an influx of roles coming his way. One of the first notable projects Kaluuya was a part of was the Marvel Cinematic Universe’s blockbuster hit, ‘Black Panther’ which also starred the talents of Michael B. Jordan, Lupita Nyong’o, and of course the late Chadwick Boseman in the titular role. Kaluuya played W’Kabi, ally to prince T’Challa turned enemy. While Kaluuya does not have as much screen time in the film as others, he is too talented of an actor to go unnoticed delivering a memorable performance of the character. His strongest scenes come when working opposite Danai Gurira, specifically one where they are dueling on the battlefield. As the film concluded, I found myself wanting to have seen more from Kaluuya’s character — later, a deleted scene with Kaluuya and Gurira would be released by Marvel, again showing the two actors’ excellence in their performances.

Kaluuya would lean even more heavily into the villainous roles in his next performance in Steve McQueen’s ‘Widows’. Part of an absolutely stacked cast that included Viola Davis, Elizabeth Debicki, and Michelle Rodriguez, Kaluuya played an antagonist in the film. Kaluuya brings the intensity of his role in ‘Get Out’ to the film, offering powerful moments of his performance with just his eyes. Kaluuya’s next major role came in the form of 2019’s ‘Queen & Slim’ which saw Kaluuya and Jodie Turner-Smith on the run after killing a police officer in self-defense. This was an especially heavy film with a lot of seriously powerful themes and elements. Interestingly enough, however, paired with these very serious themes is a levity to the film brought on by the optimism of Kaluuya’s character. Kaluuya’s performance in this film is very endearing and brings that charm that he won all of our hearts over with. His chemistry with Turner-Smith is excellent and the sweetness of both their performances makes the ending of the film all the more heartbreaking and impactful.

‘Judas and the Black Messiah’

After delays resulting due to the Covid-19 pandemic, ‘Judas and the Black Messiah’ was released in early 2021 to theaters and HBO Max subscribers. Kaluuya starred as Fred Hampton, Chairman of the Illinois chapter of the Black Panther Party, in a powerful and gut-wrenching performance. The film, directed by Shaka King, reunited Kaluuya with LaKeith Stanfield and Lil Rel Howery and also starred Jesse Plemons . Kaluuya’s excellent performance was met with universal praise and eventually led to his second Academy Award nomination and first win for Best Supporting Actor. The accolades were most certainly deserved as Kaluuya gives a gripping performance that ranged from intense, fiery speeches to quieter moments that are just as impactful. This performance may just be Kaluuya’s best work so far in his career and is certainly his most important role.

While the unimaginable feat of going from an unknown talent to an Oscar winner in just five years is extraordinary, it may not be Daniel Kaluuya’s greatest achievement. It is clear to see that the roles Daniel Kaluuya takes have something in common. The projects that Kaluuya aligns himself to all have a very similar theme and message; a message that needs to be heard. While praising Kaluuya as an actor is deserved, as he may be one of the most talented actors working today, his choice in what roles he takes is even more praiseworthy. He shows a consistent conviction to attach himself to projects that bring attention to racial injustices and bigotry through their stories and that is what is most inspiring about the wonderfully talented actor, Daniel Kaluuya.

What’s Next For Daniel Kaluuya

Daniel Kaluuya’s next role is an untitled film from director Jordan Peele coming in 2022. The film will also star Steven Yeun and Keke Palmer.