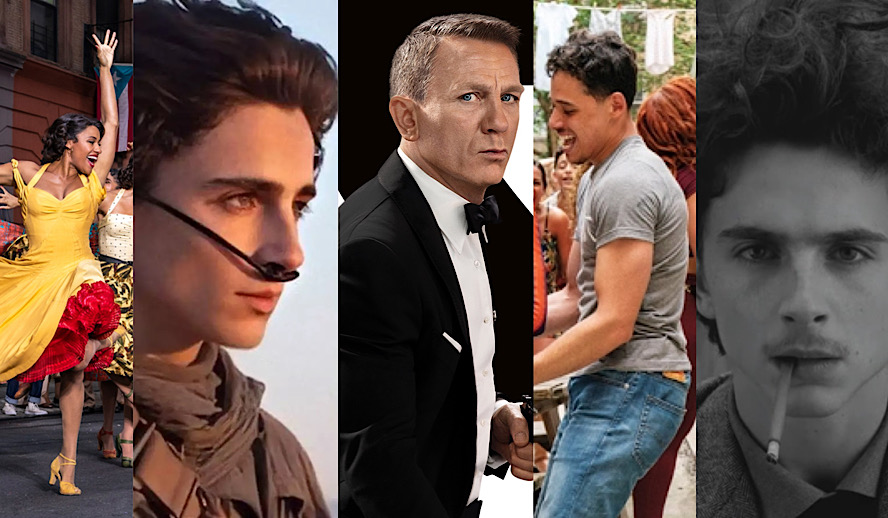 The film community took a brutal blow with the news of the closure of Pacific Theatres and Arclight, further endangering the theatrical experience so many film lovers hold dear. It’s terrifying to think that in 50 years or so, movie theaters might not exist. I’d be lying if I said I didn’t have nightmares about my grandkids digging up the stub from when I saw ‘Lady Bird’ at Laemmle Playhouse and me sitting down to tell them the story of a magical place that smelled of popcorn where your shoes would get sticky from spilled soda, where the lights went down and an audience absorbed a story told through light, sound and moving pictures for 2 hours.

Last year, film lovers stood on edge as Christopher Nolan’s ‘Tenet’ release kept being delayed as we were fed the narrative that it would be the “movie to save all movies.” It had its extremely limited, low-capacity theatrical release, and spoiler alert, it did not save movies. But as we are now in the fourth month of 2021, it seems we are in a much better position to have cinema-saving films. Los Angeles theaters operate at 50% capacity while New York is now allowed to expand to 33% starting April 26. Vaccines are being rolled out at immense rates and many films that were meant to be released in 2020 have firm 2021 release dates.

Perhaps the problem with ‘Tenet’ was that it was just a single niche-y film, a sci-fi thriller by a director who seems to thrive on nearly impossible to understand plots, doesn’t exactly appeal to everyone. But with a wider slate of diverse stories and cinematic sensibilities, the hope is that the following five films offer something for everyone, and will get a wider variety of people to return to the movies this year.

Is there anything more cinematic than Bond? Since 1962, audiences from all over the world have rooted for, lusted over, envied, and imitated the larger-than-life character that is James Bond. The last chapter in the Daniel Craig-led incarnation, ‘No Time to Die’ was meant to hit theaters in April of 2020. It’s been a vehicle for rising stars, particularly ones who have come in the spotlight the last two years which no doubt has built excitement and extended the already huge fan base.

I’m thinking particularly of Ana de Armas, who co-stars with Craig, and Phoebe Waller-Bridge, who contributed to the screenplay after success with ‘Fleabag’. It promises to be a fitting goodbye to Craig, and by being so, no doubt will lead to more buzz about who the next Bond will be, an utterly universal cultural question. It is set to be released on October 8, 2021.

Wes Anderson’s first live-action feature since ‘The Grand Budapest Hotel’ was a long time coming even when it was originally supposed to be released on July 24, 2020. Now, anyone who is a fan of symmetrical shots, pastel color palettes, quirky characters, and Bill Murray has reached the edge of their patience and is eagerly waiting to feast their eyes on ‘The French Dispatch.’ Thankfully, the film is set to premiere at the Cannes Film Festival this July, where news of its wider release will hopefully follow.

Wes Anderson is possibly the most recognizable auteur of this generation, his films are always a good way to get your non-film friends more interested in indie genres. He’s got his entire troupe together plus some welcome additions in Timothée Chalamet, Benicio Del Toro, Christoph Waltz, and Elisabeth Moss. To see an art film in theaters is an experience we must cherish and reincarnate through wider and wider audience turnout.

Speaking of everyone’s favorite French-American indie darling, audiences will finally be able to witness Timmy’s first sci-fi action role in Denis Villeneuve’s ‘Dune’, set to be released October 1, 2021. Based on Frank Herbert’s science fiction novel of the same name, the film sees Chalamet as an intergalactic nobleman of a desert planet he must protect. It’s the kind of big-budget film to attract audiences of all ages, something theaters desperately need. Ever since seeing Oscar Isaac steal the trailer as Chalamet’s dad, our attention has officially been captured.

Now if auteurs or action isn’t your thing, no need to worry, we are being blessed with two, that’s right two, adaptions of critically acclaimed musicals, both coincidentally about Latinx communities in New York City. Lin Manuel Miranda’s first Broadway success, ‘In the Heights’ premiered in 2008. Now, 12 years later, we are finally seeing a screen adaptation. Directed by John M. Chu, ‘In the Heights’ tells the story of three days in the life of the largely Dominican, Cuban, and Puerto Rican Washington Heights neighborhood in upper Manhattan.

On stage, Manuel starred as Usnavi, the lovable but down on his luck Bodega owner who dreams of the comforts of his island home. Using hip hop as well as Latin American and island sounds, the soundtrack for ‘Heights’ pulses with energy in every song. Now, Manuel has passed the torch to ‘Hamilton’ costar Anthony Ramos, who leads the film. The film was originally supposed to be released June 26, 2020, that’s a year and 6 months before Hamilton was supposed to get its theatrical release, October 15, 2021. Instead, ‘Hamilton’ got its Disney + release in 2020, a Fourth of July gift to a world shut out of theaters. One can’t help but hope that since a wider audience is now familiar with ‘Hamilton’, more people will be eager to see Manuel’s work. It is now set for release on June 11, 2021.

Last but certainly not least is Spielberg’s version of the beloved classic ‘West Side Story.’ The film is based on the stage adaptation, and where the original 1961 film based on the musical had very few actors of Lantix descent, 2021’s version is appropriately led by them. Anticipating the film has been like anticipating a homecoming, something so familiar and so distant, anyone remotely interested in theater will no doubt be mouthing the words the entire time. At the same time, fans are nervous, almost on edge about unexpected surprises. It’s set to be released on December 10, 2021, a whole year after the original December 18, 2020 release date. Theater kids and classic film lovers everywhere know it will be the perfect film to see with your parents when you’re home for the holidays.

There’s something for everyone this year, so please, PLEASE, grab a date/pal/sibling/parent or go alone to a theater near you as soon as you feel comfortable and know you are safe.