‘Queen & Slim’: An Important Landmark in Mainstream Cinema Made Primarily by Black Voices 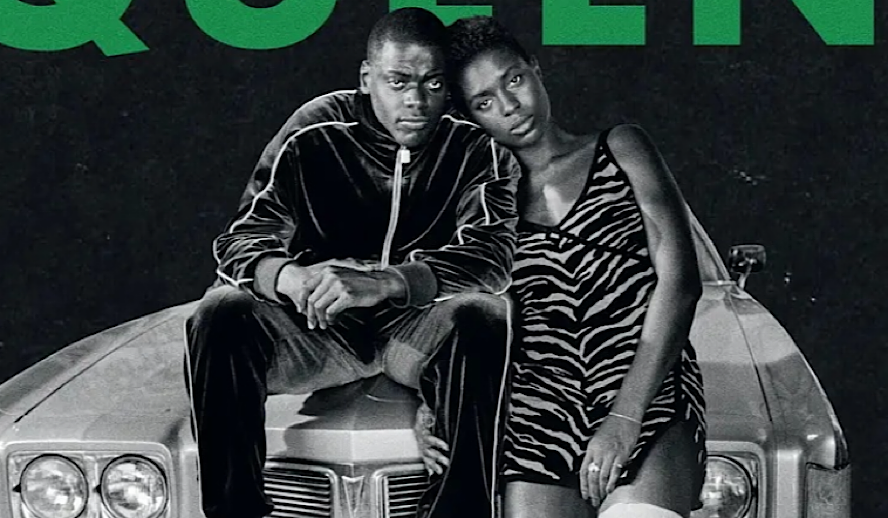 Queen & Slim boasts an immediately grabbing premise. On the way back from a lackluster first date, the titular Queen (Jodie Turner-Smith) and Slim (Daniel Kaluuya) suffer a life-changing encounter with a police officer. This opening portion is immediately grabbing. The situation is inherently dramatic and the leads are thoroughly likable – Queen and Slim’s relationship is very romantic. The film contains powerful observations on race and brilliant use of music. It has a beautiful and grounded cinematographic approach. It stumbles in a number of ways by losing its intensity and misfiring in certain important scenes, however, it is still an engaging and important film in terms of further progressing good cinema made by black voices.

Queen & Slim opens fantastically well. The opening act is consistently tense and grabbing. The initial, game-changing encounter with the police is well-handled. The subsequent encounter with a more balanced sheriff adds to this tension whilst also bringing nuance to the film’s depiction of the police. The same can be said for the subsequent fast-food, car accident scene. This intensity gives Queen & Slim a very good opening impression even if it relaxes a little too much in the second portion. Thankfully though, the film’s initial intensity returns in the climax.

Queen & Slim also works because the characters and performances are immediately likable. Jodie Turner-Smith is particularly fantastic, and Daniel Kaluuya is also brilliant – the phone call between Slim and his father is a powerful moment. The chemistry between the two leads is undeniable – both are warm presences. You care about the plight of their situation, which is why ultimately, the film works despite its’ flaws. Their romance is genuinely touching and it evolves in a believable way throughout the story. This is certainly the film’s most consistently positive element and it pays off particularly poignantly in the climax.

The portrayal of race is well-balanced, particularly in relation to the spiraling effect of violence from racial tension. The two leads are ambivalent about the support their actions draw, and throughout the film, they encounter people with various, well-thought-through opinions on their newfound infamy. Each of these personalities have a different perspective on the race issue, which is a credit to Queen & Slim’s script. There are some thought-provoking lines, which further add to the story’s density, like “why do black people always feel the need to be excellent, why can’t we just be ourselves”. Such moments of black solidarity are well depicted. Though they sometimes seem to serve the wrong purpose (for example violent retaliation against police) they uplift in other areas, like in the film’s poignant climax.

Queen & Slim has a great selection of music from black artists, new and old. Promising current voices like Solange, Vince Staples, and Megan Thee Stallion feature, as well as classic, important black voices like Luther Vandross. Given Queen & Slim’s road trip format, the music is important, which is further evidenced by Blood Orange’s beautiful original score. The film is clearly intent on showcasing black talent in a variety of ways, and the musical choices fulfill that aim effectively.

Visually, the film is also very appealing. The cinematography focuses on fairly basic settings yet brings out the beauty in them. Throughout the road trip, the landscapes on display are fairly modest yet they are rendered in a way that brings out their aesthetic value. This cinematographic sensibility is also important to the way the film approaches race. For a long time, Hollywood has had a problem representing black people’s beauty, however, this film makes a concerted effort to counteract this flaw. Both the leads look great and the camera makes a clear attempt to represent this. Many side characters are presented in an almost painterly fashion, as well as the environments that surround them.

Queen & Slim is indeed a very stylish watch – however, at times, its’ artistic tendencies don’t quite serve up the necessary power in crucial moments. There is a pivotal scene where two contrasting, important events are edited together for dramatic effect, but it doesn’t really work. More generally, there are many shots that though beautiful, occasionally feel separate to the core of the story. This might not be a problem in a different type of film, but given Queen & Slim’s relevance, it could have benefited from more discipline in order to fully achieve its’ high potential.

Indeed it is this lack of discipline that brings Queen & Slim down. Though it starts off as a frenetic, tense affair it soon loses this sense of urgency and becomes a more laid-back road-trip film. Because it opens so strongly, it is hard not to be frustrated. This also creates an inconsistency in tone, which is problematic for a film whose premise suggests a simple, unity of vision. Just like there are many unnecessary shots, some of the side characters take too much screen time given that the main point of interest is the two leads. The boy in the car shop and Earl (Bokeem Woodbine) are good individual characters but they detract somewhat from the main situation.

Overall, Queen & Slim is certainly a worthy watch especially for those interested in its’ subject matter. It doesn’t break the mold but it is certainly competent in most aspects. Its’ most remarkable feature is the stellar romance at the heart of the story, and the two great performances that bring this relationship to life. In its early moments, Queen & Slim is especially powerful – though it arguably peaks too soon. The portrayal of race is scattered but there are powerful moments interwoven throughout the story. The use of music and visuals is effective in finding beauty in inelegant settings. Queen & Slim is an important landmark in mainstream cinema made primarily by black voices.