How Steven Yeun is Creating a More Authentic, Representation of Asian Americans in Hollywood 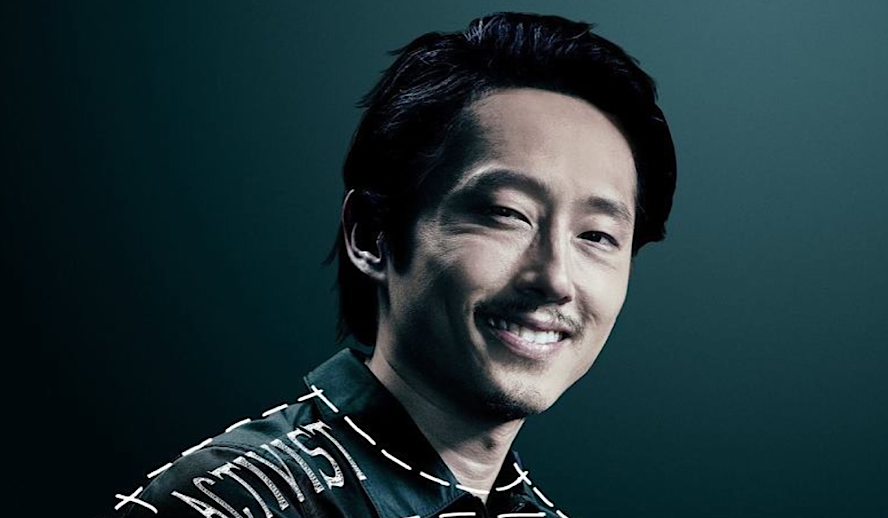 While Steven Yeun is best known for his role as Glenn Rhee in ‘The Walking Dead,’ it’s now abundantly clear that the role was merely the beginning of an illustrious career. Through a variety of acting roles in character-driven films and animated shows, leading up to this year’s release of ‘Minari,’ Yeun has proved himself as a deeply empathetic and honest presence on the screen – an actor who no doubt has the chops to be nominated for this year’s Best Actor award.

From the moment Yeun’s character Glenn Rhee saved Rick Grimes from a military tank overrun by Walkers (zombies) in episode 2 of ‘The Walking Dead,’ he was an instant fan-favorite. The first survivor we meet in this post-apocalyptic world, Glenn set the standard for the absolute best of humanity one could see in a zombie outbreak – putting his own life at risk to help a stranger escape his otherwise inevitable demise. As a character, Glenn flourished as a positive force within Rick’s group – the kind of “everyman” that everyone trusted. This kind of altruism is something the characters seem to chase for the rest of the show’s tenure, struggling to find a safe home amongst strangers who most likely are only thinking of their own survival.

As one of the few Asian American characters with such an important stake in its project’s narrative, Glenn also succeeded in transcending other ‘Walking Dead’ character legacies. For the Asian American audience, having Glenn was a gift – a wonderful way to see themselves represented on screen in a persona that didn’t feel built on stereotypes. Glenn wasn’t explicitly defined by his race, and particularly, subverted Hollywood’s old convention of illustrating Asian men as unattractive or emasculated. To put it simply, he wasn’t ancillary; he was essential to the group and their cause. But more importantly, he was a character that audiences wanted to be. Yeun knew this and has expressed his pride in playing such a positive and beloved character in the past.

However, there are sometimes limits to a role – and over time Yeun grew tired of Glenn’s inability to transcend his nice-guy persona. Glenn was a positive force, but he wasn’t three-dimensional. In a recent interview with Variety, Yeun said he was proud to play Glenn, but at a certain point, he wanted to be more than the plucky, nice guy who served as a moral compass. “I couldn’t be stuck servicing just a genial-natured guy for the rest of my career. On the inside, I didn’t feel that way. On the inside, I can be angry, I can be vengeful. I can be all the other things, and I wanted to explore those things for myself.” Ultimately, Yeun’s time on ‘The Walking Dead’ was brought to a grisly end in season seven. Though Glenn’s death was a plot point many felt was bound to happen, it still felt like the end of an era. Yeun had perfected his performance of Glenn so much that, if you ask a former ‘Walking Dead’ fan when they stopped watching the show, there’s a fair chance they’ll say “when Glenn died.”

After performing many voice acting roles such as Won in Nickelodeon’s ‘The Legend of Korra’ and starring in a supporting role in Boots Riley’s ‘Sorry to Bother You,’ Yeun starred in a critically acclaimed South Korean film titled ‘Burning.’ Though Yeun was born in Seoul, his family moved to Michigan when he was four years old, so he grew up in the states. As a Korean American, Yeun says he often felt like a fish out of water filming ‘Burning’ in Korea – where things felt familiar but cultural nuances highlighted his “Americanness.” Ultimately though, the film was an important step for him in fulfilling his artistic goals. In the psychological thriller, he plays Ben, a multifaceted character that is charismatic on the outside, wicked on the inside. This “Great Gatsby” type role gave him authority over the film’s narrative in a way that none of his previous roles were able to grant him – a far cry from Glenn’s predictable persona in ‘The Walking Dead.’

‘Burning’ was also a chance for Yeun to experience what true representation means; it isn’t just being granted a spot at the table, it’s being treated like everyone else. In ‘The Walking Dead” – in all of television for that matter – he was the “Asian guy.” But, as he says, “if you go to Korea, the characters are just humans because they’re not thinking about it like that. That’s something that I was made aware of [with Burning], which was really wonderful for me to know. I didn’t have to represent all Asians. I could just represent myself.”

With Asian American representation becoming more present in Hollywood, this seems to be a rising discourse at hand, with shows like ‘Bling Empire’ and ‘House of Ho’ being criticized by Asian Americans for incorrectly depicting Asian culture, or not representing it enough. But do all Asian American films need to be about heritage, focused on their Asian-ness? Can every Asian film be expected to truly represent the breadth of what are complex and multifaceted cultures? These are all interesting issues to explore, and there aren’t clear answers, which is why it’s curious to look at Yeun’s career and what he’s learned from the front lines.

Steven Yeun – The Promise of ‘Minari’ in an Ever-Changing Hollywood

This all leads to Yeun’s anticipated performance as the patriarch of the Yi family in A24’s ‘Minari’ – which is playing in select theaters and virtual screenings and will be available to stream on February 26th. The film follows a South Korean immigrant family as they relocate from California to Arkansas in the 1980s, hoping to establish a better life for themselves. It’s a story about the American Dream and the underlying struggles of straddling both Korean and American culture. Yeun describes the experience as catharsis – an opportunity for him to depict a story mirroring his own bringing, allowing him to understand his own parents in a new, profound, and immersive way. This personal attachment to this film truly aids his graceful and raw performance and is a hallmark example of the magic that can occur when Asian Americans are allowed to helm their own narratives. The conceit of the story, in fact, is based on director Lee Isaac Chung’s own upbringing as well.

With Glenn from ‘The Walking Dead’ representing the American and Ben from ‘Burning’ representing the Korean, ‘Minari’ feels like a fitting way for Yeun to truly explore his Asian American heritage. It’s a true amalgamation of his career so far and truly anchors him as one of the most important Asian American artists of our time. After receiving accolades from a number of film festivals for ‘Minari’, Yeun was recently nominated for Outstanding Performance by a Male Actor in Leading Role for the SAG Awards – and is currently a frontrunner for this year’s Academy Awards. If nominated, he will be the first Asian American actor to be considered for the Best Actor award.

A true class act, Steven Yeun will no doubt continue to lead Asian American artists into new heights, leading the burgeoning conversation on authentic diversity and representation, with nuance and grace.