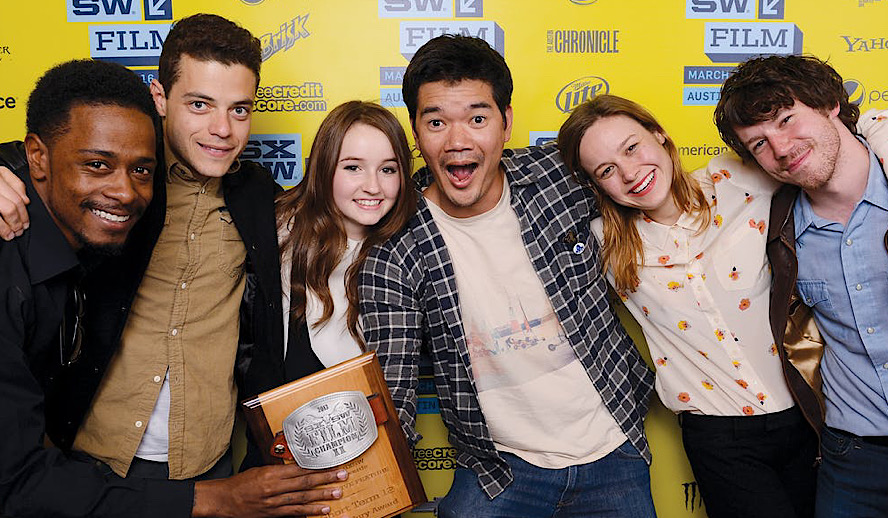 Brie Larson, Rami Malek, LaKeith Stanfield, Kaitlyn Dever, John Gallagher Jr., and Stephanie Beatriz: what do they all have in common? All of these names have been part of some of the buzziest projects of the past 10 years, gaining critical and awards success. The other thing? All of them were a part of the independent film ‘Short Term 12’. At the time all of these actors were relatively unknown but gained huge success after participating in this film. So what is it about ‘Short Term 12’ that made all of these actors such stars?

Related article: Will the Diversity in Victory of Oscars 2019 – 91st Academy Award Winners Ever Be Repeated?

The Origins Of ‘Short Term 12’

‘Short Term 12’ started out as a thesis project for its director, Destin Daniel Cretton, when getting his Master’s degree from San Diego State University based on his time working at a group facility for teenagers. Cretton got the opportunity to premiere the film at the Sundance Film Festival in 2009 where it won the Jury Prize in Short Filmmaking. In 2010, he turned the short film screenplay into a feature-length screenplay and in turn won one of the Academy of Motion Picture Arts and Sciences’ Nicholls Fellowships in Screenwriting which allowed him to fully develop the screenplay into a feature film.

The casting directors for ‘Short Term 12’ are known for finding up-and-coming talent. Before ‘Short Term 12’, they cast ‘Winter’s Bone’ (which put Jennifer Lawrence on the map and earned her an Oscar nomination), ‘The Help’ (which gave a huge boost to the careers of Emma Stone, Viola Davis, and earned Octavia Spencer her first Oscar statue). Kerry Barden, Paul Schnee, and Rich Delia know how to find up-and-coming actors and put them in projects that will propel them forward.

This cast also came about because of the fact that the film had almost no budget, meaning that they could only cast smaller-name actors. Rami Malek was probably the most unknown of all the actors, having had a few small parts in film and television. Brie Larson and John Gallagher Jr. were a bit better known by that point but far from being the hot commodities they have become now. Kaitlyn Dever was only 16 and early in her run on the sitcom ‘Last Man Standing’. LaKeith Stanfield (at the time going by Keith Stanfield) had actually been in the original short film and had to be hunted down to participate in the feature film, having quit acting at that point in time.

The film ended up premiering at the 2013 South by Southwest Film Festival, where it won both the Grand Jury Award and Audience Award in the Narrative Feature category. Over the course of 2013, it became a hit and winner throughout many film critic circles and film festivals. The Writers Guild Foundation also put the screenplay on its list of best screenplays in film and television from the 2010s.

The Success Of The ‘Short Term 12’ Cast Following Its Release

It’s safe to say that ‘Short Term 12’ served as a real launching point for a number of the actors in the film. Brie Larson was cast in ‘Room’ and won Best Actress for that role because the casting directors for ‘Room’ saw her performance in ‘Short Term 12’ and thought she would be a perfect fit and has since become a lead in the Marvel Cinematic Universe as Captain Marvel. Kaitlyn Dever said it was a role that helped her learn so much about the movie industry and how to make a movie (and now has received Golden Globe, Critics Choice, and BAFTA nominations for her roles in 2019’s ‘Booksmart’ and the Netflix limited series ‘Unbelievable’). Stephanie Beatriz booked ‘Brooklyn Nine-Nine’ not long after the film and is now in the critically-acclaimed film adaptation of Lin Manuel Miranda’s ‘In the Heights’.

John Gallager Jr. went on to be in films such as the J.J. Abrams horror film ‘10 Cloverfield Lane’ and television roles on Emmy-nominated ‘Westworld’ and ‘Olive Kitteridge’. Rami Malek’s roles continued to grow until he finally got leading parts and won his first Emmy for ‘Mr. Robot’ and an Oscar for his portrayal of Freddie Mercury in ‘Bohemian Rhapsody’. LaKeith Stanfield went back into acting following this film and now has had roles in critically acclaimed shows such as ‘Atlanta’ and roles in films such as ‘Straight Outta Compton’, ‘Get Out’, ‘Sorry to Bother You’, ‘Knives Out’, and received an Oscar nomination for his role in ‘Judas and the Black Messiah’.

When asked in a retrospective on the film by The Ringer about this cast, Cretton said, “the thing that I’m the most proud of is finding those actors… Did I know what was going to happen? No, but I hoped. You just never know who this industry is actually going to recognize. But I knew that we had an extremely special cast. Everybody was already at the top of their game. I feel really proud and lucky to have been able to work with all of these incredible actors, back when we were all still just figuring all this s*** out.” Cretton is also a star on the rise in his own right (although one in the behind-the-camera world), having recently directed the critically acclaimed Michael B. Jordan film ‘Just Mercy’ and entered the Marvel Cinematic Universe by directing the upcoming film ‘Shang-Chi and the Legend of the Ten Rings’ which will be the first superhero movie directed by and starring people of Asian descent.

Sometimes the right script, right production team, and right cast come together and wind up with a project that becomes really special. ‘Short Term 12’ is one of those, both because it was a very well-made film and because it was the first big showcase for the talent of many of the individuals involved. While it may not be a very well-known film, it is one where its history and story can serve as a case study for how to create stars based on their talent alone.

‘Short Term 12’ is currently streaming for free on Peacock and is available to rent through other streaming platforms.