The Quiet Meteor That Is Timothée Chalamet: The Rise and Journey of the Superstar and Heir to Leonardo Dicaprio’s Throne 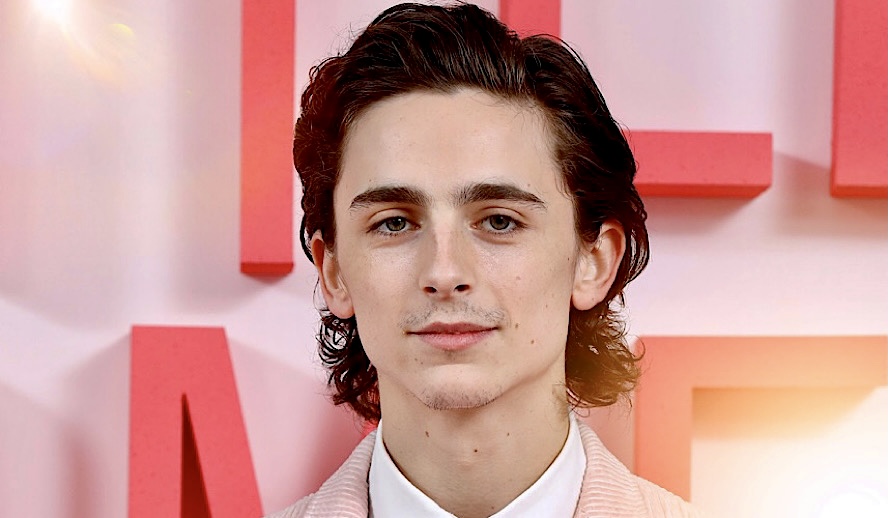 Timothée Chalamet, most known for his role in Luca Guadagnino’s ‘Call Me by Your Name,’ has had an incomparable rise to stardom. His unbridled passion and emotional intelligence at such a young age make him, unlike any actor that’s preceded him. The young actor has found roles in 28 productions in only 25 years of life and counting.

Before his 21st birthday, Timothée was nominated for a Golden Globe for his role in 2017’s ‘Lady Bird’ and, a year later, was the third-youngest nominee in history for Best Actor at the Oscars with ‘Call Me by Your Name.’ All of this comes after he played the lead character’s son in Christopher Nolan’s ‘Interistellar’ at only 19 years old, a film that would go on to gross $675 million worldwide. Chalamet has put together a very respectable resume, having done so through carefully picked, meaningful assignments.

Related article: ‘Call Me By Your Name’ – Full Commentary and In-Depth Analysis

Timothée’s success coincides with his inclusion in a number of highly respected films including, ‘Call Me By Your Name’ but also ‘Beautiful Boy’ with Steve Carell, and Greta Gerwig’s ‘Little Women’ and ‘Lady Bird’. He’s taken on a variety of roles ranging from the nihilistic cool-kid in ‘Lady Bird,’ to a gay 17-year-old Elio who strikes up a relationship with Armie Hammer’s Oliver in ‘Call Me by Your Name’, and a methamphetamine addict dealing with familial trauma in ‘Beautiful Boy.’

Timothée used these roles to show his depth, both emotionally and physically, injecting a bit of himself into each performance, personifying the philosophy behind each individual character. This innate understanding of subject material and the wholly unique suave, worldly demeanor with which he carries himself lend to Chalamet’s dominance of the screen.

Chalamet, having grown up in New York’s Hell’s Kitchen neighborhood, was acclimated to show business at a young age. His mother, Nicole Flender, was a former Broadway dancer and taught dance throughout Timothée’s childhood. His father, Marc Chalamet, was French and worked as a New York correspondent for a popular French news provider and an editor for UNICEF. These relationships would go on to shape Timothée’s personality, being, and future, while also allowing him dual citizenship in France and the USA. He lived in a small French village, a few hours outside of Lyon through his preteen years, struggling to find his identity and, thusly, discovering the arts. He would go on to attend High School at a New York City performing arts school where he starred in numerous plays, most notably Cabaret.

Following his 2013 graduation, Timothée would attend Columbia University to study Anthropology. In his freshman year, he starred in the film ‘Interstellar’ which led to his transfer to NYU to pursue his acting career. From here, Chalamet would star in a few low-budget horror films and even an episode of ‘Law and Order’. Following this, he would decide for a more traditional route, opting for a role in a number of revered plays, even gracing Broadway, where he was critically praised for his acting ability.

Chalamet noted, the period following ‘Interstellar’ was rough, failing in auditions for ‘Neon Demon,’ ‘White Boy Rick,’ and ‘The Theory of Everything.’ Timothée’s move to the stage was one of the wisest decisions made by an actor in a long time. Instead of tarnishing his image with substandard quality when he couldn’t find work, he decided to elevate his practice, taking on a new, rigorous medium, further sculpting the unordinary worldliness of the young man.

An Understanding of Chalamet’s Exceptional Roles:

Following the success of ‘Interstellar,’ Chalamet starred in Luca Guadagnino’s ‘Call Me by Your Name.’ This was an extremely bold step for a relatively unproven actor. Timothée took the emotional character study to heart, and showcased a host of truly personal battles brought forth through his performance. He played the role of Elio, the son of an acclaimed scientist hosting an American University student at their home in Crema, Italy for six weeks. Chalamet’s Elio and Armie Hammer’s Oliver fall in love with each other and a truly beautiful story of love and understanding unfolds. For the role, Chalamet learned to speak Italian and how to play the guitar and piano, which he does extremely well, only deepening the enigmatic persona that is Chalamet.

Angling nearly polar opposite of his last role, Chalamet takes on the High School cool-kid vibe, adorning an existentialist musician persona. Timothée captures the popular, sensitive, artistic kid that everyone loves, but is sort of a jerk and inconsiderate on the same token. What makes Chalamet (and Gerwig as a director) special is the understanding of the characters’ motivations and the capability to make them unlikeable, but still identifiable and sympathetic. Chalamet goes from the insensitive jerkish boy to a struggling, helpless child dealing with almost incomprehensible sadness within the blink of an eye, a testament to his skills.

Chalamet decided to then move onto an autobiographical biopic about a struggling young drug addict and his strained relationship with his father, played by Steve Carell. Another emotionally rooted performance, but this time a grittier and personal presentation of the everyday person. Chalamet gives an ugly and real glimpse into addiction, even more haunting given his age and boyish disposition. A true sense of realism is instilled within the film stemming from Timothée’s heartfelt portrayal of a relatable boy whose story often goes untold.

After taking a number of emotional drama roles, Chalamet decided to take on a Shakespearean timepiece directed by David Michod. A role in which he would be able to grow as an actor, taking control over the screen as King Henry V, the bloody ruler on a quest to find the truth while invading France. Chalamet wisely opted for a more serious, commanding role following his success in drama. He gives a strong performance, making up for his petite stature with his captivating presence.

The latest installment to Chalamet’s filmography is scheduled to release in October. The film is directed by acclaimed filmmaker Denis Villeneuve and written by Jon Spaihts, adapted from the 1965 novel by Frank Herbert. The film will also feature the likes of Zendaya, Oscar Isaac, Josh Brolin, and Dave Bautista. Based on the sci-fi literature of the same name, this big-budget, high concept production aims to impress.

What separates Chalamet from the rest?

Timothée Chalamet is decidedly New Yorkian whereas film has been largely dominated by Los Angeles and, as a result, LA sensibility has largely disseminated throughout film culture. He exudes the northeastern attitude, a confidence in oneself stemming from living in the largest metropolitan city in the U.S. and the toughness that comes with it. Chalamet has a taste, an artistry that is distinct to New York, a vast contrast to the characteristics of Hollywood. This difference, and the fortitude to remain true to himself, is what separates Chalamet from the majority of actors today. He is a skilled performer who learned through experience on the biggest and brightest stages New York has to offer, and his stardom in film is no different.

Chalamet started acting by performing Shakespeare in large shows, then went on to Off-Broadway performances before finding success on the silver screen. Following his first success with ‘Interstellar’, Timothée returned to the stage, sharpening his skills amongst the Broadway elite. He is an accomplished actor capable of transforming any role into a personal portrait, a talent he gained working his way through the rigors of the New York Theater District.

Is he here to stay?

Yes, undoubtedly yes. Chalamet not only has an infinitely growing group of fans, but also one of the most ravenous core fan groups of any star on Earth. Chalamet’s striking good looks, bohemian style and charming intelligence stole the hearts of almost every young girl who has heard the name Timothée Chalamet. With 12+ million followers on Instagram, Timothée has rapidly become one of the largest trendsetters in modern culture.

He dominates the fashion industry, he makes music, he’s an artist through and through. Timothée rubs shoulders with the cultural elite at a very young age and is poised to hold that position for quite some time. I can honestly say I’m a fan and I’m sure Timothée Chalamet will continue to make countless fans over the coming years. A child actor who goes on to have a bonafide A-list leading man career, that definitely makes him the true heir to Leonardo DiCaprio’s throne.