Everything We Know About HBO Max’s Upcoming ‘Gossip Girl’ Revival 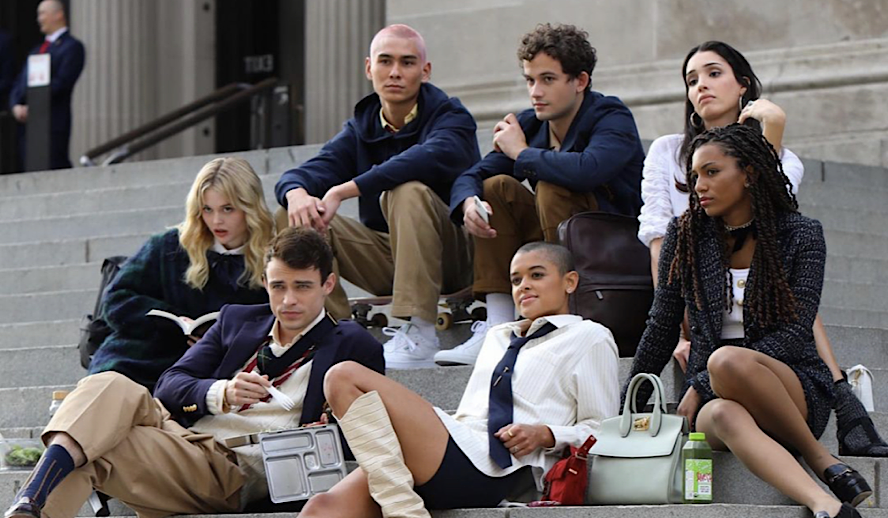 Hey Upper East Siders… Word on the street is that ‘Gossip Girl’ is getting a hot new reboot this July on HBO Max. But will it live up to the hype of the original series? Only time will tell. Until then, XOXO, Gossip Girl.

That’s right! If you haven’t heard, the infamous teen drama show ‘Gossip Girl,’ which launched the careers of actresses like Blake Lively and Leighton Meester, will be getting a flashy revisioning this summer. This new show, which is being labeled as a “reboot” is actually more of a sequel, will take place eight years after the events of the original series, exploring newer, Gen-Z issues. In addition, it’ll be in the form of a limited streaming show with 10 one-hour long episodes, instead of in the classic Cable TV format.

HBO Max’s official synopsis for the highly anticipated series reads: “Eight years after the original website went dark, a new generation of New York private school teens are introduced to the social surveillance of Gossip Girl. The prestige series will address just how much social media—and the landscape of New York itself—has changed in the intervening years.”

Just last week too, the teaser trailer was finally released for the highly anticipated series– exciting audiences worldwide. Here’s everything you need to know about the show before its July 8th release:

Returning Talent – On and Off-Screen

First and foremost, the incredible Kristen Bell will be reprising her role as Gossip Girl’s voice, after providing saucy narration for all six seasons of the original show. Her return comes to the delight of fans; especially for ones still unsure about the new series, her attachment certainly gave it a new level of credibility and excitement. And though this casting news has been known for a while, it was still lovely to hear her voice in the reboot’s new teaser trailer, in which she teases GG’s return.

But Bell isn’t the only ‘Gossip Girl’ regular to return to the reboot. The original show’s costume designer, Eric Daman, will also be helping helm the new show. A creative force in the industry, he’s helped on everything from ‘Billions’ and ‘The Carrie Diaries.’ In speaking with Vogue, he raved about his excitement in elevating the 2021 fashion in Gossip Girl’ in terms of inclusivity and diversity. “It’s exciting to be able to reinvent and play with gender, gender norms, and what that means inside of the costumes.

The costumes are still the girls’ uniform and the boys’ uniform, but inside of that, there’s some room that we’re going to be playing with, adding more gender-neutral pieces and making it contemporary and inclusive.” He also spoke about the fun of incorporating more contemporary fashion trends into the new show, such as athleisure. Other talents such as creators Josh Schwartz and Stephanie Savage will also return to the show as Executive Producers.

So far, there is no news on if any of the original cast will be returning to the show. However, since the new ‘Gossip Girl’ simply takes place in a different time, rather than being a “redo,” that means that Blair Waldorf, Serena Van der Woodsen, Nate Archibald, Chuck Bass, and Dan Humphrey still very much exist in this world. Is it too crazy to think that they might cross paths with the new, Gen-Z upper elites? Either way, fingers are crossed for a return – or at least a cameo – from this iconic cast.

As for the new ‘Gossip Girl’ characters, they are set to be a far more diverse bunch than in the original series, whether that be through ethnic, gender, or sexual identity. And perhaps, this is what is exciting audiences the most. After all, ‘Gossip Girl’ takes place in New York City, one of the most diverse cities in the world. So, one would think that the show would be representing more identities than the Cis, White character (granted, they did have one LBGT character in Eric Van Der Woodsen). Here’s to hoping that the revival corrects some of the shortcomings of the original show – illustrating a more representative world.

Showrunner Joshua Safran spoke to Hollywood Reporter about these new standards for inclusivity, saying, “there was not a lot of representation the first time around on the show… Even when I went to a private school in New York in the ’90s, the school didn’t necessarily reflect what was on Gossip Girl. So, this time around the leads are non-white. There’s a lot of queer content on this show. It is very much dealing with the way the world looks now, where wealth and privilege come from, and how you handle that.”

And not much is known about these new St. Judes and Constance Billiards students, this ensemble cast is expected to fill out the roles of the original cast. There’s bound to be another classic Blair character, socialite Serena type, and an outsider looking in personality via Dan. And through it all, fans will be of course trying to figure out which one is behind ‘Gossip Girl’.

The original show ran from 2007 to 2012, but as we are now nearly a decade later in 2021, changes, of course, have to be made to the show’s world. For one, the Gossip Girl blog will reportedly be converted into an “all-encompassing social media platform’ instead of the blog-type website it was hosted on before, according to journalist Brian Moylan. Welcome to the world of influencers, likes, and “going viral.”

The show will also surely be tackling issues in a more sensitive way, after the original character of Chuck Bass has been criticized for his sexual harassment and sometimes misogynistic behavior in the wake of the #MeTooera. Of course, there will still be drama, which is almost always based on bad behavior. But important issues like these will most definitely be handled with more care, and with a more contemporary lens.

And if that doesn’t convince you, according to many working on the show, there is a monumental “twist” in the show that absolutely changes everything. According to Moylan, “the ‘twist’ that apparently exists but is so super top secret that showrunner Josh Safran can’t even whisper it to me in confidence.” We can’t wait for all the secrets that will be spilled.