Michael B Jordan’s Career and Greatest Roles So Far 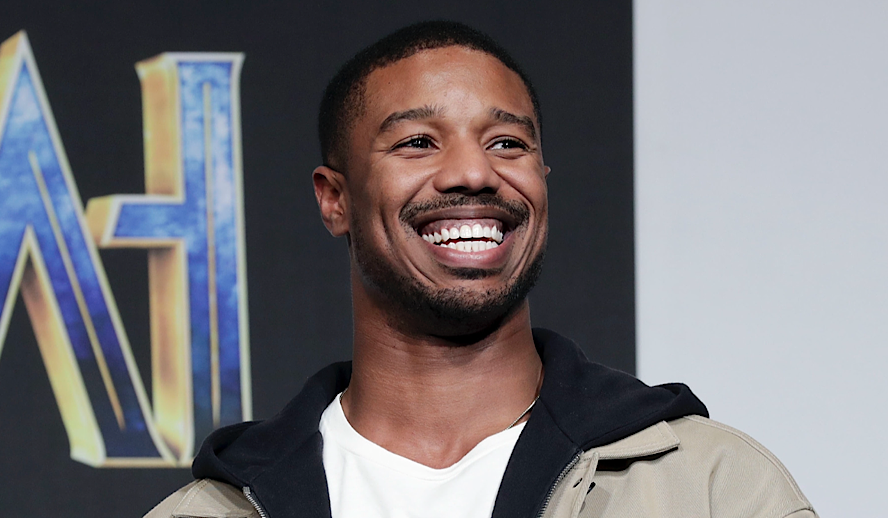 As a relative newcomer to the big screen, actor Michael B. Jordan is very quickly rocketing towards international fame. Raised in Newark, New Jersey, and attended Newark Arts High School, Jordan began acting at a very early age. He worked as a child model and then began appearing in minor roles on shows such as Cosby and The Sopranos.

However, after a string of larger supporting roles on popular shows, his career led him to the big screen. With a number of huge roles already under his belt and plenty more upcoming projects, Jordan appears to be a big part of Hollywood’s future.

So, let’s take a look at some of Michael B Jordan’s biggest roles and how they have led him to where he is today:

After a few years of supporting roles on television, most notably on The Wire, All My Children, and Friday Night Lights, Michael B. Jordan hit the big screen in 2012. The war film Red Tails, directed by Anthony Hemingway, saw Jordan play the role of a Tuskegee Airman named Maurice Wilson during the height of World War II. However, his second major role that year in Josh Trank’s Chronicle brought him even greater attention.

Chronicle is a unique blend of superhero and horror film, which focuses on three Seattle teenagers who suddenly gain superpowers. Dane DeHaan plays Andrew Detmer, Alex Russell plays Matt Garetty, and Michael B. Jordan plays Steve Montgomery. The three quickly become close friends and use their abilities for their own amusement. However, when Andrew’s abusive home life eventually leads to him abusing his powers, his two friends are caught in the crossfire and decide to intervene.

In a cast consisting of young actors who were relatively unknown at the time, Michael B. Jordan stands out as intensely charismatic and likable. The role of the popular high school student seems to come naturally to Jordan, and his character’s fate makes the performance particularly memorable. While DeHaan and Russell have also risen to stardom after Chronicle, Jordan has risen the highest of all.

Michael B. Jordan and Josh Trank would reunite in 2015 for Fantastic Four, another film about a group of friends who suddenly acquire superpowers. While the film wasn’t as well-received as Chronicle, Jordan’s role as Johnny Storm/The Human Torch was often regarded as one of the film’s strongest aspects.

Only a year after Chronicle, Michael B. Jordan was placed in a lead role in the biographical drama Fruitvale Station. The film has the distinction of being many firsts: the first film that features Michael B. Jordan in the leading role, the first feature film directed by Ryan Coogler, and the first of many collaborations between the actor and director.

Fruitvale Station tells the true story of Oscar Grant III, a twenty-two-year-old African-American man who was shot and killed by police in Oakland, California on January 1st, 2009. After being involved in a fight on the subway, Grant was restrained on the ground by police and then fatally shot in the back. The emotional and heartbreaking film details the final twenty-four hours of Grant’s life, before the fatal shooting. Strong tension runs throughout the entire movie because even as Grant goes about his daily routine, viewers are aware of the tragedy that will soon transpire.

Michael B. Jordan’s performance as Grant was lauded by viewers, as he was able to bring humanity and depth to the role. While Grant is portrayed in the film as an imperfect person with many faults, the character is certainly relatable and deserving of a second chance at life. Jordan is skilled at making his characters seem like three-dimensional people, with both good and bad qualities, rather than characters in a script. With Fruitvale Station, he was able to take a news headline and make it come to life with emotional intensity and subtlety.

In 2015, Michael B. Jordan teamed up with director Ryan Coogler once again for Creed, a spin-off of the iconic Rocky film series. Although it features the return of Sylvester Stallone as Rocky Balboa, the film actually focuses on Jordan’s character, Adonis Creed. The son of Apollo Creed, a recurring Rocky series character played by Carl Weathers, Adonis follows in his father’s footsteps to become a legendary boxer.

As the latest installment in a long-running and legendary series like Rocky, starring in this film truly elevated Michael B. Jordan to super-stardom. Creed was well-received by critics for capturing the same underdog story that made Sylvester Stallone so effective in the first movie, with Jordan’s charm carrying much of the film. The role of Adonis Creed is extremely physical, both in and out of the ring, and Jordan is extremely convincing in his portrayal of a rising boxer. He returned for Creed II in 2018, although the film was directed by Steven Caple Jr. rather than Ryan Coogler. That film sees the return of Dolph Lundgren’s Ivan Drago, the man who killed Adonis’ father Apollo Creed in Rocky IV, as Adonis squares up against his son, Viktor Drago.

After becoming a part of a huge franchise like Rocky, there was only one place for Michael B. Jordan to go next: Marvel Studios. In his third collaboration with director Ryan Coogler, Jordan appeared as the villainous Erik “Killmonger” Stevens in 2018’s Black Panther.

For many people, Jordan’s role as the film’s villain was the highlight of Black Panther. Revealed to actually be a Wakandan descendant named N’Jadaka, the character is given an emotional and sympathetic backstory that makes audiences relate to him. Jordan brings a very unique energy to the character, who somehow manages to come across as casual, regal, and manic all at the same time. Michael B. Jordan’s impressive physique, coupled with extensive makeup work to give him his signature self-inflicted scars, makes Killmonger an intimidating adversary for Chadwick Boseman’s King T’Challa.

It seems that in a very short amount of time, Michael B. Jordan has transformed himself into a Hollywood icon. With a number of now-iconic roles, some biographical and others steeped in fantasy, Jordan has become a household name for moviegoers. With more roles sure to join his already impressive filmography, it would be wise to keep an eye out for Michael B. Jordan.