After Much Delay, Eric Andre’s Stunt Film, ‘Bad Trip’ Officially Has A Release Date on Netflix! 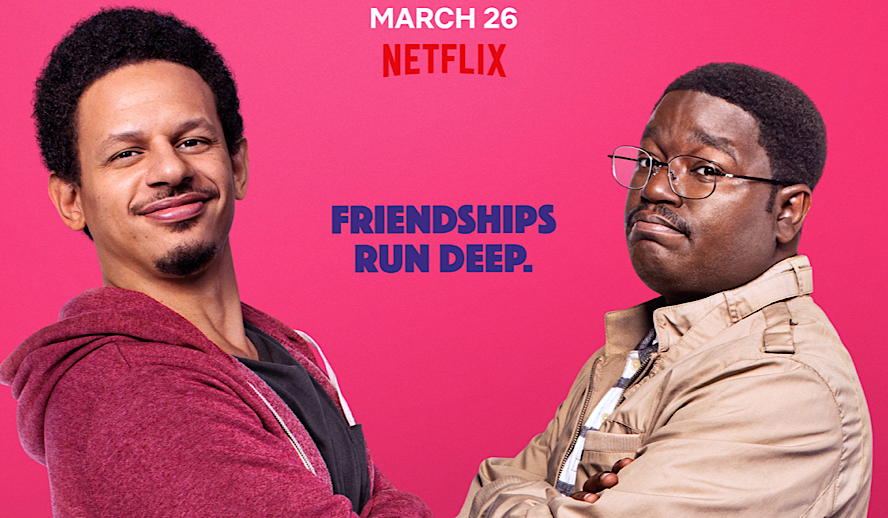 No comedy is possible without well…comedians of course! What better way to garner massive hype and media buzz than to feature some of the most current names in comedy today. ‘Bad Trip’ does just that, as it takes on ‘Netflix’ later this week! Eric Andre has successfully transitioned from cult classic to global sensation through his hit prank television show, ‘The Eric Andre Show’. It was only a matter of time before the nihilistic comedy, genius ventured out to star in his own feature, revolving around pranking the unsuspecting public. But this time, he’s not alone in his antics. Andre has carpooled with two other breakout stars for this bad trip.

Tiffany Haddish rose to international fame with her breakout role in the 2017 female-led comedy, ‘Girls Trip’. Ever since the actress has been featured in films back to back throughout the past four years! It’s clear to see why she’s gained instant success. The woman is hilarious.

Related article: Sacha Baron Cohen: 32 Facts on the King of Disguises and Pranks

Lil Rey Howery has become best known for his comedic relief role in 2017, Jordan Peele horror, ‘Get Out’. However, Howery has been featured in a multitude of popular films such as ‘Bird Box’, ‘Good Boys’, and as of last year, ‘The Photograph’. We’re happy to see that Howery will have a generous amount of screentime throughout the duration of the film, which is a lot different from his usual supporting roles. This seems to be the perfect, fearless cast to pull off this kind of film. We’re counting down the days of the release on the popular streaming service.

Audiences Have Been Feeling A Sense of Déjà Vu With This Film. Why Was There such a Trippy Release Schedule for ‘Bad Trip’? Let’s Clear Up All of The Confusion.

According to sources, the initial release for this film had been set for April of 2020. Unfortunately, Covid-19 pushed the release date further. However, the film was accidentally released digitally on ‘Amazon Prime’ later that year. Fans became worried about the film’s fate when ‘Bad Trip’ was removed from the distribution service shortly after the trip up (no pun intended). But no need to fret! The wait is officially over! Eric Andre has been posting feverishly on his socials about ‘Bad Trip’, which has effectively re-built anticipation amongst audiences everywhere. The film is a combination of Cinematography with a crafted storyline and a hidden camera prank show. It follows the story of two best friends, Chris Carey (Eric Andre) and Bud Malone ( Lil Rey Howery), who take a road trip from Florida to New York City so that Chris can confess his love for his highschool crush.

The duo are hunted down by Bud Malone’s sister, Trina Malone (Tiffany Haddish) for stealing her car for the trip, while getting caught up in other ridiculous shenanigans on the way. The film’s director, Kitao Sakurai has a variety of genre developments under his belt such as the 2010 crime/thriller ‘Aardvark’. Surprisingly, this is not his first time working with Eric Andre. He is most known for the development of ‘The Eric Andre Show.’ The show gained international popularity on ‘Adult Swim’ since its 2012 release. The show is set up to imitate a late-night talk show with Eric Andre as the show’s host, and Hannibal Buress as the show’s co-host.

Unsuspecting celebrities will attend the show expecting to talk about their upcoming work, just to fall victim to wild, hilarious pranks and nihilistic comedy. Some guests take the jokes well, while others sit in complete confusion. The show’s hosts will also take the streets of New York, in some segments, to prank random civilians. Audiences who enjoy ‘The Eric Andre Show’ can expect similarities in themes and styles for ‘Bad Trip’.

Are You Someone Who Enjoyed Films Such as ‘Borat’, All Four of The ‘Jackass’ Films and ‘Bad Grandpa’? Then We Guarantee You Will Really Enjoy The Film, ‘Bad Trip’!

It goes without saying that ‘Bad Trip’ fits into a very specific niche within the comedy genre. This may make it difficult for some audiences in their expectations for this film. If you are having a hard time imagining what this film may entail, you can use previous films of a similar genre for reference. Plenty of critics have been comparing the film to Sacha Baron Cohen’s, ‘Borat’. If you have ever seen ‘Borat’, you would remember the strong political statement, tied with goofy, raunchiness that led the film to become one of the most beloved, yet controversial features of our time. Although we don’t expect ‘Bad Trip’ to have much of a political agenda, we can still expect shocking moments and the shameless humor you can expect from Eric Andre.

One of the producers of ‘Bad Trip’, Jeff Tremaine, is also the producer of popular stunt/prank films we grew up with like, ‘Jackass’ and ‘Bad Grandpa’. If anyone knows how to make a popular stunt comedy, it is absolutely Jeff Tremaine. The ‘Jackass’ franchise has been a pioneer for these types of films. It is one of the very first film franchises to use stunt/prank comedy. His influence in this film will undoubtedly conjure up fans of his previous works. Eric Andre is also one of the film’s producers, so his comedic style will have a major presence throughout this feature.

We are so excited to see what this film has in store for audiences, as the cast, director, and producers seem very promising! The team definitely compliments each other well, and will hopefully create a classic for years to come! Expect everyone to flock to ‘Netflix’ March 26th to see the highly anticipated ‘Bad Trip’. I know I will! Get ready to laugh hard, because this film is bound to be a total trip.