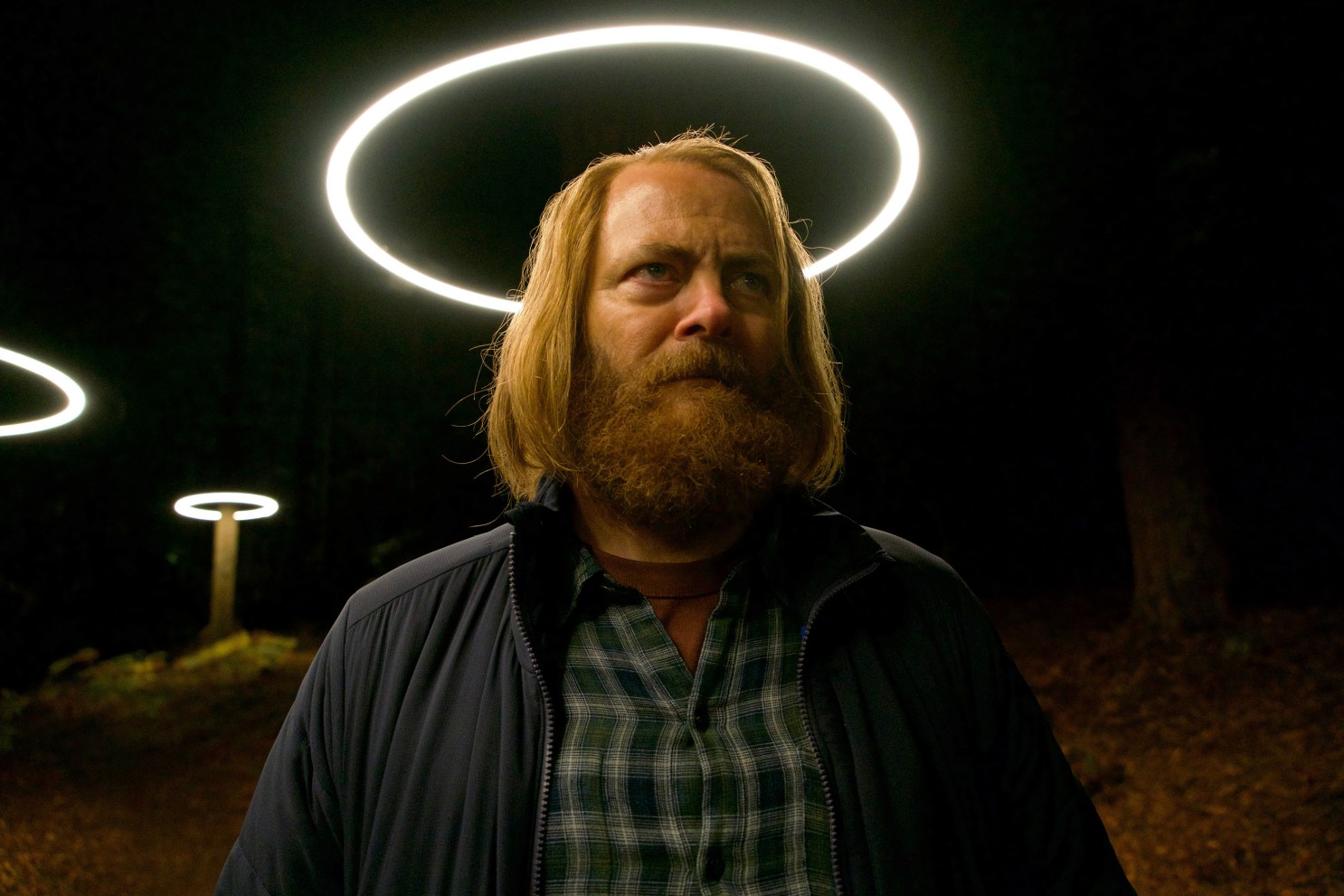 In partnership with FX, Hulu has recently released a hit sci-fi murder mystery, Devs, reminiscent of other fan favorites such as Blade Runner and Westworld.  Directed by critically acclaimed sci-fi director Alex Garland, (Ex Machina, Annihilation) Devs is centered around a tech giant, Amaya, that is secretly trying to develop technology that would allow them to recreate different periods of time with stunning accuracy using quantum computing. Amaya is set in recreating the entire timeline of history, and we see a small team of them celebrate as a fuzzy image of the crucifixion of Jesus Christ comes together.  With this technology, we are forced to question our free will, as every small decision in history has added up to these massive historic moments that Amaya would like to create. “The universe is deterministic. Godless and neutral and defined only by physical laws. The life we lead, with all its apparent chaos, is actually on train lines. Prescribed, deterministic. We fall into an illusion of free will,” Forest reflects, summarizing much of the theme of the show.  How much control do we really have in our decisions? Is everything just the result of numerous prior events, such as our upbringing and personality?

The Plot of Devs

Much of this show is focused on Lily Chan (Sonoya Mizuno), who begins investigating the death of her boyfriend, Sergei, after he suspiciously commits suicide one day on the Amaya campus. We are first introduced to Sergei (Karl Glusman), an AI programmer at Amaya while he brilliantly presents his code which can predict an organisms’ movements and patterns up to thirty seconds in the future to the CEO, Forest (Nick Offerman). Impressed, he offers him a position in Devs.  Here is where the show kicks off. Of course, Sergei accepts without a second thought.  Though, he has no clue what Devs is or what they do. What do they develop? Forest lets him take a few stabs in the dark before letting him walk through an electromagnetic shield in the middle of the Redwood forest.  He explains the magnitude of the security of the fortress in detail. “A lead faraday shield, a 13-yard concrete shell, then a gold mesh. Then, an eight-yard vacuum seal totally unbroken. Then, the labs, the core, then, the machine”.  Sergei marvels at the building in awe, totally unaware of what to expect inside.

Forest seats him at a desk and just tells him to “code”.  “I’m not going to tell you. I won’t need to. Just sit, read the code, take your time. And don’t worry, you’re gonna figure it out. I know you are, he says as he leaves him alone at a desk.  Sergei begins reading long lines of complex code, horrified by what he sees, he sprints out of the building. Forest spots him coming out of the building and catches him before he can tell anyone about their plans.  Forest reflects on his philosophy of the universe to Sergei, “I forgive you, you could have only done what you did”, he says before having his lackey strangle him with a plastic bag. This sparks a whole chain of events that gets Sergei’s girlfriend, Lily Chan, suspicious.

Devs is the sci-fi show to watch

Confident that something went awry, Lily begins a solo investigation into Sergei’s death, and she is not willing to drop it.  This also brings concerns to Amaya, as they know that the trail will eventually lead back to them.

With only three episodes released thus far, there are enough twists, turns, and dystopian imagery that would keep any sci-fi fan hooked.  After Lily begins investigating, the show does not pull punches or hold back. The inside of Devs appears to be something inspired by Bladerunner 2049, with the futuristic and unsettling dim, but golden glow and very angular interior.  This interior is not warm or welcoming, rather, it is cold, dark, and secretive. Another repeat visual we see is the Amaya logo: a little girl reaching out her hands.  Amaya not only has the face of this smiling girl plastered on most buses and signs, but also built a God-like statue that towers over Silicon Valley and the Amaya campus.  You see her emerge from the trees and fog just vaguely. With these visuals, Amaya is trying to play God, or control the people.

Though, be warned, this show takes itself pretty seriously, so there are no light-hearted moments nor jokes.  However, if you are looking for a serious, thrilling, and intense sci-fi show, this is the one.