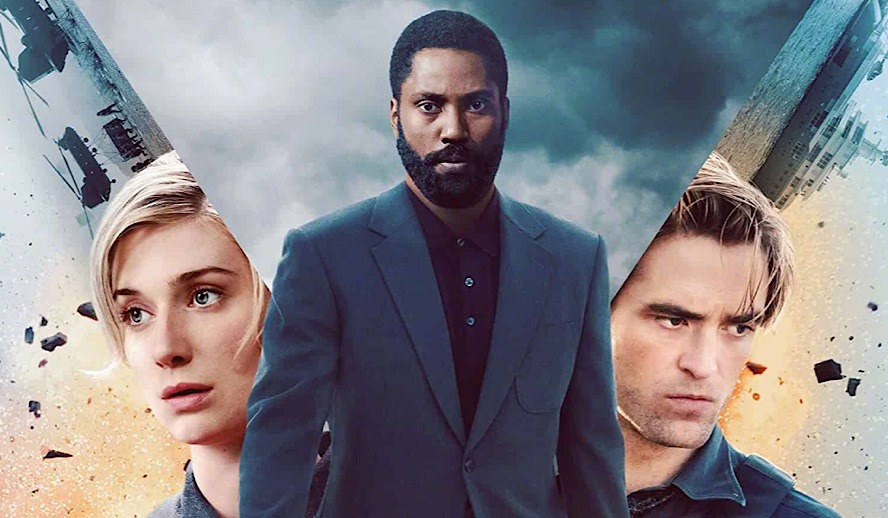 Tenet Review: Christopher Nolan is a world-renowned writer and director of mind-melding science fiction movies, making his deserved break into Hollywood with the Academy Award-winning Inception. His filmography is nothing short of iconic, and Nolan has enraptured audiences since his first feature film, Memento, with the unique ability to write sophisticated, multifaceted worlds that seem as concrete as they are fictional. This skill aided him greatly in writing, directing, and producing his widely-anticipated motion picture that recently hit the theaters – Tenet. A thrilling addition to Nolan’s portfolio, Tenet is a fast-paced race against time itself as The Protagonist seeks to fix a dire, life-changing mistake that he created. Powerful editing and a strong cinematography team were certainly on Nolan’s side when creating this film, allowing for a substantial exploration into working with inverted and regular footage simultaneously. While some doubt Nolan’s ability to continue working, exploring and profiting in his mythical lands, Tenet is proof that the filmmaker continues to show true genius with his signature science fiction flair.

Hoyte Van Hoytema, the lead cinematographer on Tenet’s crew, has worked closely with Christopher Nolan over the years and contributes irreplaceable art in the film industry. Masterpieces such as Interstellar, Her, and Dunkdirk have paved the way into the new century of digital camera work, thanks to Hoytema’s precise eye for detail and beauty in places one does not expect. Tenet is a masterclass in precision, with every second relying on the next to be just as visually phenomenal, and even the quiet moments are shot with extensive care. The gritty, violent shooting style is reminiscent of Hoytema and Nolan’s work on Dunkirk, the 2017 war epic. While Dunkirk was certainly more traditional in capturing life at war, Tenet brings a futuristic glimpse into what war could be in the near or distant coming days; both, however, utilize the forthright, direct camera angles so close to the action. This tactic, by drawing the audience in, left for a breathless viewing experience that leaves your heart racing.

Perhaps the shining jewel in Tenet’s already glittering crown is Ludwig Göransson’s ineffable scoring that highlights every perfect moment in the film. By utilizing the high-tension areas of action, Göransson’s score is fast-paced with profound notes of aggression, creating an unbreakable bond between the viewer and the film. Traditionally, Christopher Nolan’s films are scored by the incomparable Hans Zimmer, who has won an Academy Award and a Grammy for his work on Disney’s The Lion King, but due to Zimmer’s commitment to the long-awaited Dune, Nolan sought out Göransson’s talents. There is a benefit in straying from Zimmer’s classical style of scoring films, with tremendous orchestras to fill his complicatedly beautiful work, and choosing a composer like Göransson, who has explored a digital, more percussion-heavy soundtrack for the film. This brings a different ambiance to Nolan’s storytelling, and it is certainly for the better.

And A Superb Cast To Boot – Tenet Review

Nolan’s cast of characters is one of the strongest we have seen in years, again alluding to his signature style of possessing impeccable directorial skills. John David Washington, of BlacKKKlansman and Ballers fame, gives an experienced performance as the unnamed “Protagonist,” the name he refers to himself as multiple times throughout the film. The Protagonist is a flawed narrator and does not adhere to traditional standards of morality, which makes him the perfect main character in a Nolan-verse, and Washington exudes the suave confidence of a well-tailored criminal. Adding a note of relief in the otherwise afflicted script is Robert Pattinson playing Neil, a sharp young thief with an affinity for lock-picking. Pattinson, fresh off of an incredible performance in The Lighthouse, shows a humorous, domineering side of himself that was welcomed by the viewers with open arms. Kenneth Branagh fills a villainous void with his character Andrei Sator, the antagonist to Washington’s protagonist, and delves deep into a man drunk off of his own power.

As stellar as the cast might be, the true glory goes to one Elizabeth Debicki for her incredible, heartbreaking performance as Kat Sator, the vengeful wife of Andrei. Debicki, known for her work in The Great Gatsby and Widows, shows an extreme amount of self-control and poise while portraying a woman on the verge of losing everything. Her scene work with Branagh allows for something comparatively new in a Nolan film, the impassioned lover taking charge against the men. Kat is the secret weapon of Tenet’s screenplay, the grenade pin waiting to be pulled, and Debicki allows for an astonishing performance that will leave audiences in awe.

Tenet Is A Must-See For Anyone Who Enjoys Movies

Christopher Nolan’s writing and directorial power should not be underestimated under any circumstance, and Tenet continues to reinforce this, but this film is superb for countless other reasons. The phrase “it takes a village” comes to mind most urgently when discussing how this blockbuster hit came to be, with so many other tireless workers who were not mentioned above contributing in an irreplaceable way. Without a mentioned element of this film, (cinematography, scoring, and performance) it would not have translated into such a powerful narrative, showing that all elements of a film must be handled with care. A director is not solely responsible for the success of their movie, but instead the hundreds that stand behind it.

While times in the film industry may be difficult currently, Tenet proves that there is nothing down and out about Hollywood and the power of film will never diminish. Good storytelling cannot be stopped by the medium it is portrayed in, and Nolan will hopefully continue producing in such unimaginably creative ways for generations of audiences to enjoy. Tenet will join the ranks of science fiction movies that leave unthinkable impressions on the lives of filmmakers and movie enthusiasts alike, and it is an incredible privilege to be witnessing, first hand, the resurgence of independent creative thought.