A Tribute to Matthew Broderick: The Celebrated Actor and Director, More than Ferris Bueller 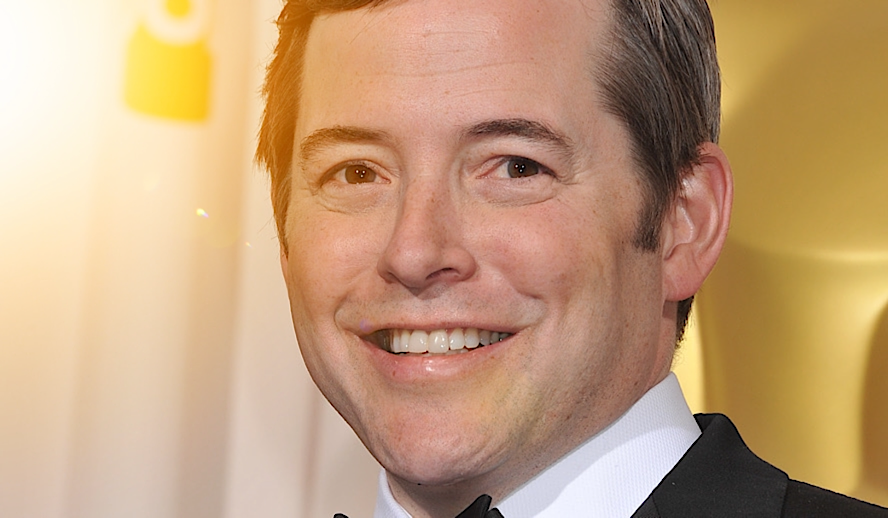 It would be a tall task to find someone today, let alone at the peak of his popularity in the 1980s, that would not recognize the face of Matthew Broderick. The iconic poster of the John Hughes 1980s coming-of-age comedy, ‘Ferris Bueller’s Day Off’, sets Broderick with his hands behind his head, kicking back just as his iconic character sets out to do in the film. Bueller is undeniably Brodericks most well-known role and changed his life forever. However, while he may forever be known as Ferris Bueller, that does not and should not minimize the expansive career Broderick has achieved with countless other memorable roles that will live on forever. Only by walking through Broderick’s filmography can one properly pay homage to the dedication, work, and talent he has displayed throughout his career.

Broderick got his first big break in the 1983 film ‘WarGames’ which featured the young actor as a high school teen who accidentally finds a way into a military computer system thinking it is a role-playing game and nearly causes the outbreak of a third World War. The film, while silly, is incredibly entertaining specifically because of Broderick. The charm and charisma that would be seen soon in his performance as Ferris Bueller is on full display in this film and stands out as the best performance in the film. Again, Broderick established himself as a leading man in the Richard Donner medieval film ‘Ladyhawke’ which also starred Rutger Hauer and Michelle Pfeiffer. A year later, Broderick would appear in a supporting role in the drama ‘On Valentines Day’ which also starred Richard Jenkins.

In 1986, ‘Ferris Bueller’s Day Off’ released to theaters and garnered praise from fans and critics alike. Broderick starred as the titular character and became a near-overnight sensation as his charming, hilarious, fourth-wall-breaking character ditched school with his best friend and girlfriend. The film went on to become one of the most successful and iconic coming-of-age comedies of all time. The film paired outrageous moments and laughs with a heartfelt story of friendship, love, and growing-up. The film is expertly crafted with one of the most compelling scenes taking place at the Art Institute in Chicago as Broderick’s character shares a moment with Mira Sara while Alan Ruck’s character gazes at a painting in an excellent example of visual storytelling. ‘Ferris Bueller’s Day Off’ would change the course of Broderick’s career forever.

Broderick’s next film after ‘Ferris Bueller’s Day Off’ would come in the form of science-fiction comedy, ‘Project X’ where he portrays an Air Force pilot who joins a military experiment involving chimps. The film was praised by critics, even if it did not blow the doors off the box-office, and shows again why Broderick was one of the most charismatic stars of his generation, stealing scenes from all of his co-stars including Helen Hunt and an adorable chimpanzee. Broderick’s next hit would be comedy-drama ‘Biloxi Blues’ where Broderick would star as a young man drafted into the military and sent to serve in Biloxi, Mississippi. Based on the play of the same name, the film would garner a warm reception that was highlighted by the performances of Broderick and his co-star Christopher Walken.

In 1989, Broderick would star in what would be his most dramatic role yet in Edward Zwick’s Civil-War drama, ‘Glory’. The film also starred Denzel Washington and Cary Elwes and was an incredibly poignant and impactful film that shined a spotlight on bravery, bigotry, and growth. As the film was based on a true story, Broderick portrayed Colonel Robert G. Shaw — Broderick is excellent in the role, perfectly portraying the character in each step of his journey as he grows as a commanding officer and as a man. The scenes between Broderick and Washington are powerful and engaging and it is only natural that the film would go on to be nominated for five Academy Awards, winning three.

After a few more films such as ‘The Freshman’, a crime-comedy that set Broderick opposite the legend, Marlon Brando, Broderick took his first voice acting role in the small animated film ‘The Thief and the Cobbler’ further diversifying his portfolio. While the film, unfortunately, did not make many waves, his next animated role did. In 1994, Broderick would lend his voice talents to the role of Simba in Disney’s ‘The Lion King’. Broderick perfectly portrays the young, cocky lion and is a standout performance amongst many other standout performances such as Jeremy Irons’ Scar and James Earl Jones’ Mufassa. ‘The Lion King’ would go on to become one of the most praised, successful, and popular animated films ever made, notching four Academy Award nominations and two wins.

In 1996, Broderick would direct his first film ‘Infinity’ in which he would also star in. The film would depict the true life of physicist Richard Feynman and would also star Patricia Arquette. While the film would be Broderick’s only directorial effort, ‘Infinity’ garnered mostly positive reactions from audiences. The same year, Broderick would star opposite Jim Carrey in the infamous Ben Stiller-directed comedy ‘The Cable Guy’ solidifying again Broderick’s comedic chops. Two years later, Broderick would star in Roland Emmerich’s ‘Godzilla’, a film that garnered mixed reactions at the time, but is now looked back on fondly by many. Broderick would return to Disney-produced films in 1999’s ‘Inspector Gadget’ portraying the titular character of the film. While of course incredibly silly, the film was beloved by many children of the time and stands out as one of Broderick’s most outlandish performances.

Entering the 2000s, Broderick has continued to produce hits such as holiday film ‘Deck the Halls’, which pitted him opposite Danny DeVito in the ultimate holiday power struggle, and ‘The Tale of Despereaux’ where again Broderick would supply his voice talents to an animated film with charm and heart. Broderick would continue to give iconic voice acting performances in 2007’s ‘The Bee Movie’ opposite Jerry Seinfeld. In 2011, Broderick would join the A-list cast of the Kenneth Lonergan film ‘Margaret’ which also starred Matt Damon and Mark Ruffalo. Broderick, unable to kick the comedy itch, also played a supporting role in the Eddie Murphy and Ben Stiller-led comedy-heist film, ‘Tower Heist’. Some of his most recent roles include portraying himself in Amy Schumer’s ‘Trainwreck’ as well as a small dramatic role in the Oscar-winning ‘Manchester by the Sea’.

Matthew Broderick, decades later, continues to impress in his excellent performances and further diversify and expand upon an already incredible career. Everyone has heard of the dreaded “typecast” and actors and actresses being unable to break a mold after starring in a truly special hit. However, Matthew Broderick not only broke the mold, but went above and beyond delivering dramatic performances, iconic voice acting roles, and even more laughs. While he will always be known as Ferris Bueller in many audience members’ hearts, it is undeniable that Matthew Broderick is so much more.

What’s Next For Matthew Broderick

Be on the lookout for Matthew Broderick’s next film, ‘She Came to Me’ also starring Anne Hathaway and Marisa Tomei, currently in pre-production.