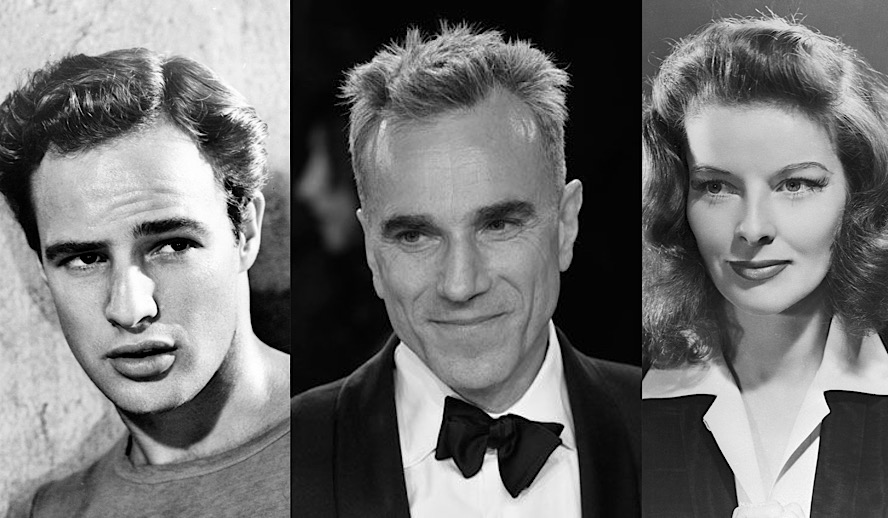 20th century Hollywood was defined by very unique and pioneering actors and actresses. Without them, the Hollywood we know today would be extremely different. They created many of the acting tropes we know today, and each embodied a specific one. However, the innovation and character tropes don’t stop there, and many modern actors were trendsetters in their own ways.

We’ve compiled a list of the five extremely successful actors and their acting tropes.

James “Jimmy” Stewart was an Academy Award-winning actor whose career defined the “American Ideal”. Born in Pennsylvania, Stewart started acting while in college. At first, he started acting on the stage before transitioning to screen work in 1935. Stewart was known for his distinctive way of speaking, or drawl, as well as his strong morality both on-screen and off. He was an accomplished man in the military as well, serving in the U.S. Air Force Reserves for many years. During his lifetime, he was one of the most sought-after bachelors and remained unmarried until his 40s.

Stewart’s unique style of acting was as an “everyman” or someone who resonates with normal people. His characters generally had a strong moral compass and he portrayed fairly normal people in extraordinary circumstances. Some of his greatest work was in Alfred Hitchcock movies like ‘Rope’ and ‘Vertigo’. Stewart was also an instinctive actor, being able to look at ease on camera despite his introverted personality off-screen. He preferred to represent characters that were bare-bones, without makeup or accents. As well as that, he had a habit of pausing in his lines that often left audiences in suspense.

Since he portrayed such an average person, audiences could identify with him more than other character types. He often portrayed a friendly man, either a brother, a best friend or someone with kind qualities. In his later career, Stewart switched into darker, less morally correct characters which created some disruption among audiences. It was a big change for them to adapt to, and though Stewart was able to show another side to him, it usually caused mixed reviews. Overall, Stewart was the epitome of the American man, someone who viewers could see themselves in and cheer for.

Marlon Brando Jr. is widely considered the greatest American actor of the 20th century. He was the first actor to bring a more natural style of acting to film. In between takes, he was known to talk to his co-stars out-of-character. While many people considered him a method actor, he never agreed with the term. Along with his natural style of acting, he was also known as a difficult star to work with. However, his charismatic personality and high-quality acting were credited with popularizing method acting.

One of Brando’s biggest traits was his chameleon-like ability. He transformed himself for every role, both physically and mentally, in ginormous ways. While Stewart was the American ideal, Brando represented the contemporary version of Americans. He often played rebellious, gangster, and outlaw roles where he portrayed morally grey characters. One of his most famous performances is, after all, as Vito Corleone in ‘The Godfather’. While his career had ups and downs, when he really cared about a project it showed. His ability to transform everything from his appearance to his voice was uncanny and unmatched. Brando had a vast emotional range and was able to portray any emotion with only a moment’s notice. Truly, Brando was one of the best actors in the past century.

Katharine Hepburn was named Hollywood’s Best Actress of the 20th century by the American Film Institute and won four Academy Awards for Best Actress. She started off as a stage actress and her success in theatre led her to Hollywood. Her first years in the film industry brought her early success before suffering a few commercial failures for a while. However, her comeback afterward was monumental and led her to another bunch of Academy Award nominations. Toward the latter of her life, she began to transition back to theatre work, specifically Shakespearean roles, and television.

Best known for shunning the Hollywood machine, Hepburn was a pioneer in her own way. She was fiercely independent both on-screen and off-screen. She regularly played strong-willed women, who were also very spirited. Hepburn showed Hollywood that women were more than just love interests and were three-dimensional. Unlike some of the other actors mentioned, she wasn’t an instinctual actress and rehearsed as much as possible before filming. As well as that, she required multiple takes of scenes but had a genuine love of acting. She even did her own stunts and would even learn the lines of co-stars. Hepburn would involve herself in the production of every film and was known as a huge hard worker.

The characters she played were often wealthy, intelligent, and independent. Her characters were also usually brought down to earth by a more humble character and had a secret vulnerability to them. The independence in her characters translated to her personal life and even wore trousers before they were fashionable for women. Hepburn was the “modern woman” in Hollywood.

Daniel Day-Lewis is one of the best actors of the 21st century, specifically because of his unique approach to acting. Now a retired actor, he’s best known for his method acting that he takes to another level. While Brando introduced the world to method, Day-Lewis was the one who perfected it. As well as that, Day-Lewis is known for the extreme lengths he would undergo to portray a character. He rarely broke character on set, whether they were filming or not. For instance, for his role in ‘Lincoln’, Day-Lewis always spoke in his Abraham Lincoln dialect and asked British crew members not to talk to him.

For another film, ‘Gangs of New York’, Day-Lewis spoke completely in his New York accent and even caught pneumonia while on set. However, he refused treatment and even a warmer coat because it wasn’t a part of the time period. He’s known for the extreme lengths he goes, which leads to a shorter list of acting credits. Day-Lewis truly puts his entire being into the performances, transforming his body and his mind for these roles. Because of this, he’s widely considered the best actor ever, depending on who you ask. His dedication and determination are unmatched.

Jake Gyllenhaal is widely considered one of the most underrated actors of the 21st century. Known for incredible acting work that unfortunately rarely gets nominated for awards, Gyllenhaal has made a living taking unique, understated roles. ‘Nightcrawler’ is perhaps the most infamous of his Oscars snubs where Gyllenhaal played an obsessive stinger. His transformation included a 30-pound weight loss as well as changing the tone of his voice. While Gyllenhaal doesn’t consider himself a method actor, he takes traits from that school.

Best known for his unconventional roles, Gyllenhaal’s filmography is widespread. He’s been a boxer, a reporter, a doctor, and an astronaut (just to name a few). He takes these roles to challenge himself and push himself to do the unthinkable. One of the most unique parts of his acting style is his use of his imagination. While he performs huge body transformations, Gyllenhaal relies on his imagination more than anything.

He doesn’t believe he has to go to as extreme lengths as actors like Day-Lewis and Brando have done. His roles are often a huge change from who he is as a person, a humorous, laid-back gentleman. As well as that, Gyllenhaal tends to choose his roles based on a whole instead of a single person. Without a doubt, Gyllenhaal is one of the most unique actors because of how he’s integrated many styles of acting into one.