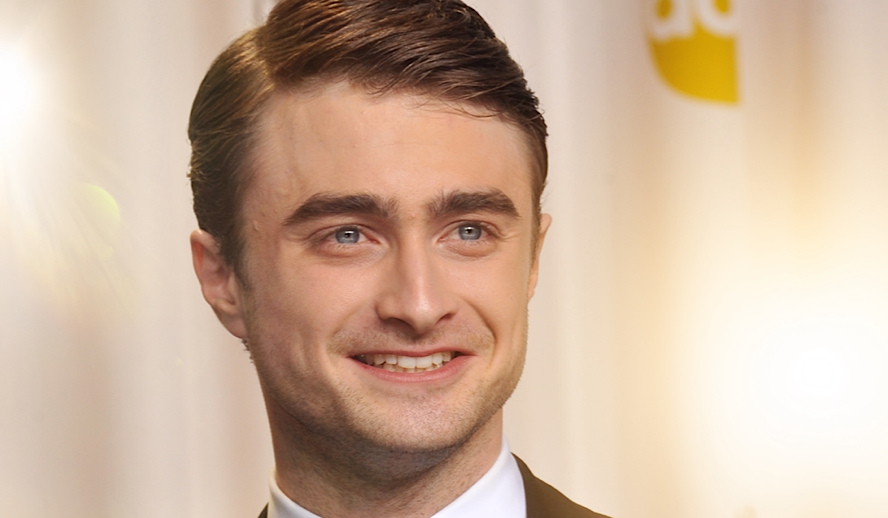 In 2001, the cinematic world was introduced to the ‘Wizarding World of Harry Potter’ in Chris Columbus’ film, ‘Harry Potter and the Sorcerer’s Stone’ — over the next decade, audiences were captivated by all that was this magical wonderland. From quidditch to butterbeer, fanatics of the novels turned film series embraced and marveled over the most minute details of the series. Supporting characters of the series grew to have their own followings such as the late Alan Rickman’s character Severus Snape or Gary Oldman’s Sirius Black.

Fans fawned over the blossoming relationship between Rupert Grint and Emma Watson’s characters, Ron Weasley and Hermione Granger. Beneath the conversations of Hogwarts houses and Patronus Charms was a crucial element of the films that were not getting the love I expected it to — that of the magnificent portrayal of the film’s titular character by Daniel Radcliffe.

Related article: All 8 Harry Potter Movies, Ranked – Did Your Favourites Make the List?

Daniel Radcliffe does not get the credit he deserves as the wonderfully talented actor he is. After leading one of the most financially successful film franchises of all time in ‘The Harry Potter Series’, captivating in his performances as the character from a very early age, he still isn’t one of the most discussed elements as to why the series worked — but he should be. So often do we get wrapped up in all our favorite subtleties of films and forget to give credit to those leading the charge.

Since wrapping up his stint as the Boy Who Lived, Radcliffe has proved his versatility as a performer dipping his toe into several different genres such as his comedic role as the dog walker in ‘Trainwreck’, which also starred Bill Hader and Amy Schumer, or in an action film such as the recent ‘Guns Akimbo’, a film that paired Radcliffe opposite Samara Weaving. Despite spending a decade as one character, Radcliffe has carved out a unique career for himself. Only by highlighting some of his key performances can we truly appreciate his exemplary talent as an actor.

Much has been said already about the magical eight-film story that began in 2001 and concluded in 2011 so I won’t waste time recounting what has already been covered. What I would like to focus on instead is that of Daniel Radcliffe’s performance as the character. Without an actor to perfectly balance all the joy, pain, confidence, self-doubt, and heart that went into the character of Harry Potter, the series wouldn’t have had a leg to stand on. Cast at just eleven years old, Daniel Radcliffe embodied the hero fans grew to love in the series of novels, immaculately portraying all that was Harry Potter. Not enough credit is given to Radcliffe for giving some of the best child actor performances in the history of film — audiences have seen times when young actors have been overwhelmed by the moment, Radcliffe was not.

There are many moments in the series one can point to when highlighting Radcliffe’s talent, but for time’s sake, I will limit it to just one. The first being from the third act of the fifth film, ‘Harry Potter and the Order of the Phoenix’ where, just after suffering a tragic loss, Harry is succumbing to Voldemort’s influence. As Harry writhes on the floor, Radcliffe putting his entire body into his performance, you can feel in his eyes the pain of the character and all that he has been through.

But suddenly, there is a moment where that pain turns to hope. Harry fights off the Ralph Fiennes played villain as he is reminded of the good in his life. This scene is emblematic of who Harry Potter is as a character, someone who has had terrible things happen to them but still remains trying to do good, and Daniel Radcliffe completely nails the scene. From his body language to the tone of his voice, Radcliffe is Harry Potter in this scene proving to be one of the best castings in the history of Hollywood.

‘The Woman In Black’

Following the end of his most iconic role, Daniel Radcliffe opted to step into the horror genre opposite Ciarán Hinds in 2012’s ‘The Woman in Black’. Radcliffe portrayed widower and single father, Arthur Kipps, who on business visits a marsh house that is home to all kinds of supernatural presences. While it is commendable how seamlessly Radcliffe stepped into a new genre, selling all the spooks and scares of the film, what always stood out to me was the subtlety of his performance. In the hands of other actors, his character’s traumatic past and love for his son may have led to a bigger, more boisterous performance; yet Radcliffe gives a soft-spoken and quiet performance that heightened the tension of the film, making it feel more emotionally resonant. While the film was criticized for its implementation of common horror tropes, what clearly stood out as the strength of the film was that of the performance of Radcliffe.

In 2016, Radcliffe shined in his most dramatic role yet starring alongside Toni Collette in the crime-drama ‘Imperium’. In the film, Radcliffe, portraying a young undercover cop, infiltrates a white supremacist group that is intending to commit an act of domestic terrorism. Radcliffe perfectly portrays the weight this character holds on his shoulders and maintains an intensity throughout the entire film. The conflict in Radcliffe’s character to maintain this persona of a white supremacist despite having strong feelings against them is palpable in his performance. By the end of the film, there is a sympathy for Radcliffe’s character after the disgusting journey he embarked on that is only highlighted by the performance. This is the film that truly shows Daniel Radcliffe’s prowess as a dramatic actor and alludes to what he is capable of in the future.

Released in the same year as ‘Imperium’, Daniel Radcliffe starred in a very different kind of film playing a talking, farting dead body in A24’s ‘Swiss Army Man’. This is easily the oddest film Radcliffe has ever been a part of and that oddity carries over into Radcliffe’s unique performance. With slurred speech and little facial movement, Radcliffe pulls off portraying a talking dead boy scarily well opposite Paul Dano. The role of Manny the dead body may be the most Radcliffe has ever been asked to do as an actor and he sells it completely in the most endearing way. There is a child-like innocence to his performance that feels like the key to why the film and the character work so well. Manny is the heart of the film and his chemistry with Dano propels the story forwards.

Not every actor has what it takes to play a dead body, an undercover cop, and a youthful wizard. It takes a high degree of versatility, charisma, and talent to be able to put together the career Daniel Radcliffe has for himself. It is clear to me that Radcliffe is the reason for so many film’s successes yet does not always get the credit for it that he deserves. Daniel Radcliffe is one of Hollywood’s greatest talents and one we should be praising for all the smiles, laughs, and tears he has brought us over the years.

What’s Next For Daniel Radcliffe

Catch Daniel Radcliffe in his next project ‘Lost City of D’ starring alongside Brad Pitt and Sandra Bullock.