A Tribute to Jerry Seinfeld: Midas of Comedy 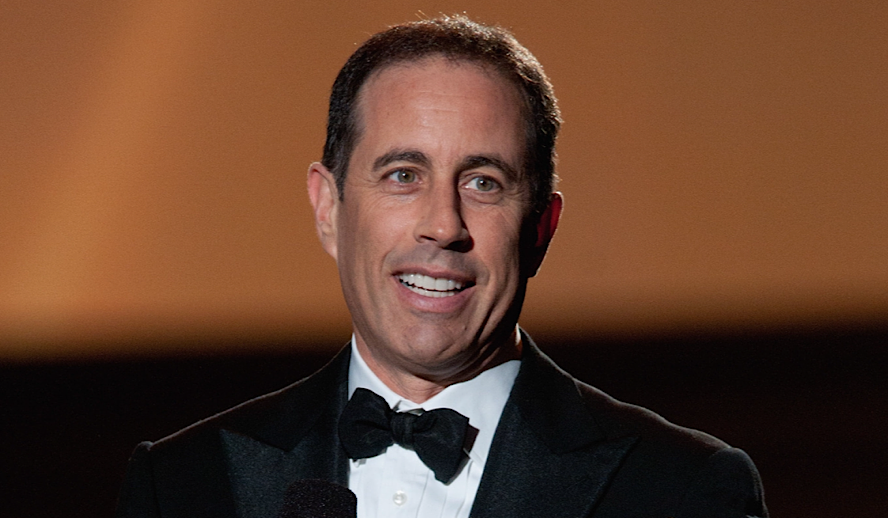 If you were to ask everyone you know from all ages to name their favorite comedians, the most common name you’ll hear is Jerry Seinfeld. No one has shaped the comedy landscape like him. Out of his four specials, he’s earned four Emmy nominations total. His two big shows in the past three decades have earned him 73 Emmy nominations and 3 Golden Globe wins, an incredible ratio that’s unmatched by any stand-up comedian in history.

Seinfeld’s gifted observational abilities made his comedy relatable to everyone (such as “People’s number one fear is public speaking, number 2 is death. Death is number two. Does that sound right? That means to the average person, if you go to a funeral, you’re better off in the casket than doing the eulogy” – Jerry Seinfeld, “I’m Telling You for the Last Time”) which made his show Seinfeld the 3rd most critically and commercially successful comedy sitcom ever made. It’s fascinating how someone can have less than thirty Writing/Acting/Directing IMDb credits yet garner almost one hundred nominations from the most highly coveted institutions in the entertainment industry. It’s an accomplishment that no one else has done like Seinfeld has, which makes it fair to label him as the Midas of Comedy.

A Short, Yet Incredible Resume of One of the Most Well Known Comedians

Jerry Seinfeld started doing stand-up at the young age of 21. His first IMDb acting credit is on the show Benson as Frankie, the kid who told comedy bits nobody wanted to hear. Seinfeld really isn’t an actor though, it’s his personality that sells; no one is like him, and no one has the perspective he does.  People want Seinfeld for him, they don’t necessarily want to see him play complex characters (but if he did, I’m sure he’d do it superbly) but it’s his strong personality that sells.

His first IMDb writing credit was on An Evening at the Improv in 1981. Even in his early 20s, his talent was attracting the likes of legend Rodney Dangerfield, and that eventually led to him performing on Dangerfield’s first HBO special It’s Not Easy Bein’ Me in 1986. He was a regular on The Tonight Show with Johnny Carson mostly but has been recurring on numerous late-night shows since the beginning of his career to the present day.

His hit show, Seinfeld, created by him and Larry David was his commercial magnum opus. Known for its dry humor, witty one-liners, and hilarious yet simple situations, the show was beloved by most. Co-starring Jason Alexander, who’s in The Marvelous Mrs. Maisel, Michael Richards, who’s now infamous for his public racist tirade, and Julia Louis-Dreyfus, who recently starred in Onward, the show was a treasure to national audiences, and most of the cast went on to have impressively successful careers.

After his hit show ended, Seinfeld wrote and voiced the protagonist in the children’s movie Bee Movie. The movie was widely popular internationally and did well at the worldwide box office. In 2012 he premiered his show Comedians in Cars Getting Coffee, which had a guest list with some of the biggest superstars in the world and was eventually picked up by Netflix. Other than a comedy special, that’s been Seinfeld’s workload for the past decade. His talent leans on his excellent attention, being able to focus on one thing at a time and make it grand. Whatever he decides to add to his resume, fans can feel confident that it’ll be top tier work by Seinfeld, and he would not release it unless he was proud of it.

Many comedians have come under fire in recent years for offensive material they’ve said in the past, or even current, statements. What has made Seinfeld so appealing to many, and also timeless, is all his jokes never punch down, but rather punch up, or even are just clean, witty takes on normal life. Some of his famous jokes are; “I was the best man at a wedding one time and that was pretty good. Pretty good title, I thought … ‘Best man.’ I thought it was a bit much. I thought we had the groom and the ‘pretty good man.’ That’s more than enough. If I am the best man, why is she marrying him?”

Even when he has veered into risky territory, he seems to do it so strategically and innocently that it doesn’t seem offensive at all. An example being; “just what is the handicapped parking situation at the Special Olympics? Is it still just the two spaces?” He’s been able to avoid attacking people, lashing out, swearing, or putting a vulnerable group of people down his entire career, yet tell some of the best jokes and make incredible content doing it. It takes dignified craftsmanship to be able to create comedy that’s clean and hilarious so truly any age can enjoy it, and it’s an artform that Seinfeld corners magnificently. Not even the most analytical and cynical PC warriors could find something career-ruining that Seinfeld has said. He’s always had an inclination for clean, non-offensive comedy in his career, and he doesn’t seem to be changing that anytime soon, which has inarguably kept him so successful throughout the last five decades.

The pandemic has put a halt on production worldwide, but Seinfeld most certainly has something brewing. It may be a while before any general audiences see anything though, considering he just released a comedy special this year titled Jerry Seinfeld: 23 Hours to Kill. He famously released his first comedy special nineteen years back in 2017, so it’s unpredictable when he’ll release another one. Stand-up comedy, in general, has changed due to COVID-19, so it’s difficult to predict how a kingpin like Seinfeld will manage something as big as a comedy special.

He wrote an op-ed in the New York Times, in which he responded to an article stating that New York was dead. The New York in Seinfeld’s spirit is apparent throughout all his work, so it’s no shock he would respond vehemently. His article raises incredible, and valid points though, and was met with positive reception. New York has been a landmark place for comedy, where some of the best comedians of all time have fostered their craft and performed for some of the toughest audiences in the world. This kind of passion from Seinfeld indicates that he will more than likely be back on stage once it’s safe to do so, and with the craziness that 2020 has been, we can assume he has a lot to say.