Everything We Know About Succession Season 3 | Latest Updates 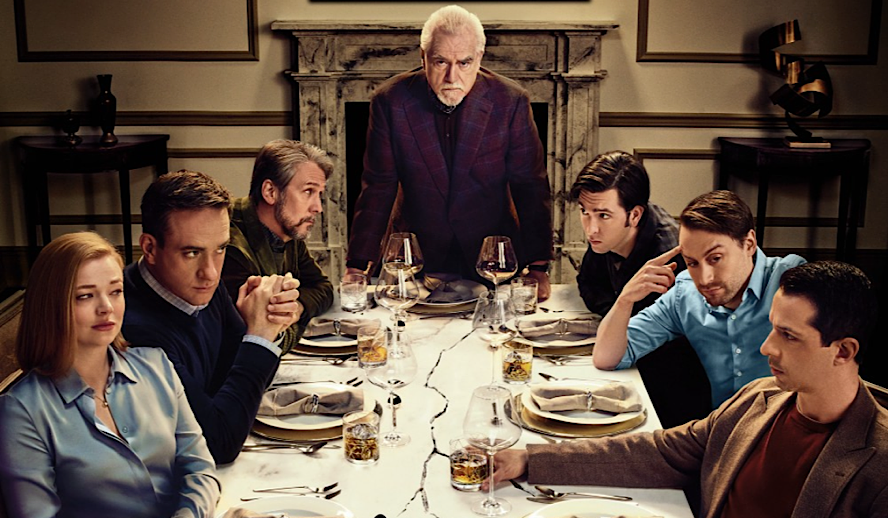 Season two of ‘Succession’ ended on a massive cliffhanger, with Kendall Roy outing his father for trying to place the blame of all the wrongdoings of the family company onto other family members as the entire family watches from their yacht. I gasped when the scene aired, much like the rest of the Roy family did while watching it in the show. However, it has been nearly two years since that jaw-dropping moment aired on HBO. Since then, the show has racked up seven Emmy wins for that season but has yet to resolve that cliffhanger. The good news is that a new season of ‘Succession’ is on the horizon this year. Here is what we know about season three of ‘Succession’ so far.

On July 6, 2021, HBO dropped a teaser trailer for the new season after many delays because of the COVID-19 pandemic. However, they simply said it will be coming in Fall of 2021 so there is no official release date yet so it will be just over two years from the season two finale when season three finally airs.

One of the best elements of ‘Succession’ is the cast behind its knifing characters, and the good news is that the main cast will all be returning for season three. Jeremy Strong, who won an Emmy for his acting in season two, will be returning as Kendall Roy. Brian Cox will be back as patriarch and Waystar Royco CEO Logan Roy. To fill out the Roy siblings, Kieran Culkin, Sarah Snook, and Alan Ruck are back as Roman, Shiv, and Connor Roy. Matthew MacFadyen will return as Tom and Nicholas Braun will be back as his human punching bag, Cousin Gregg (because you can’t make a Tomlette without breaking some Greggs). Hiam Abbass, Peter Friedman, and J. Smith-Cameron will all be returning as Marcia Roy, Frank, and Gerri. Justine Lupe, Fisher Stevens, and David Rasche, who play Willa, Hugo, and Karl, have all been upped from recurring characters to series regulars for season three.

When it comes to new characters, ‘Succession’ is bringing in some heavy hitters. Emmy winner (and HBO mainstay) Alexander Skarsgard will be joining the cast as a tech founder and CEO named Lukas Matsson who is described as “successful” and “confrontational”. Oscar-winner Adrien Brody is also joining the cast as Josh Aaronson who is described as “a billionaire activist investor who becomes pivotal in the battle for the ownership of Waystar.” Other additions include Sanaa Lathan as high-profile New York lawyer Lisa Arthur, K-pop star Jihae Kim as PR specialist Berry Schneider, Linda Emond as senior White House aide Michelle-Anne Vanderhoven, and Hope Davis as Sandi Furness, the daughter of Roy’s media rival.

Season two of ‘Succession’ picked up not long after the season one finale, with Kendall trying to make amends with Logan after accidentally killing one of the cater-waiters at Shiv’s wedding in a car crash. The season tracks Kendall trying to fall back into his father’s good graces and lying low with the rest of the family and within the company after his disastrous attempt to lead a coup and hostile takeover of the company in the first season. We also follow Shiv’s decision to get out of politics and start learning the family business after Logan asks her if she would like to be his successor, playing a very similar game with Shiv that he played with Kendall in the prior season. Roman is also trying to assert himself into a more dominant position within the company but is having trouble since he never had to really climb the ladder up like his brother had to do in addition to his budding (and confusing) relationship with Gerri.

Also within the company, Tom and Gregg move up within Waystar Royco, with Tom becoming the head of ATN, the company’s news network (akin to Fox News), and Gregg as his assistant, the two of them still burdened with the company’s cover-up of sexual assault cases and their attempts to get rid of the evidence when they were in the parks department (which Gregg kept some of in season one in case it would come in handy later). Tom’s new position and Shiv’s new stance on joining the family business puts the couple at odds considering how their original plan had been for Tom to take over the company eventually. Tom’s relationship with Gregg also grows more strained as Gregg gets fed up with Tom’s treatment of him and starts to lean in more to working and siding with Kendall.

Eventually, everyone gets swept up in the lawsuits and Congressional investigation into Waystar Royco when the sexual assault coverups get discovered, which leads to the family meeting to decide which one of them would take the fall for the company and family and likely go to prison for all the wrongdoings of the company. Ultimately, the family decides that Kendall should take the fall, especially with what he did at Shiv’s wedding, but he ends up turning the tides on everyone and pinning it all on Logan in a press conference with Cousin Gregg by his side.

If anything is evident for what might happen in season three based on the trailer and new casting, it is that there will be a heavy battle for ownership and control over Waystar Royco both within the family and from external parties. The entire show has revolved around who is going to control the company when Logan finally is done and that fight seems like it is only going to continue to intensify.

There is also evidently going to be more turmoil within the Roy family and not just because of the fight over company ownership; it seems like everyone is going to have to decide whether they are on Kendall’s side or Logan’s (or establishing their own side and try to overthrow everyone else). Of everyone, it seems like this is probably going to be the hardest for Cousin Gregg since he did assist Kendall in his public coup.

We may not know a whole lot about the new season despite our proximity to its premiere, we do know one thing: “The revolution will be televised!”