A Tribute to Richard Donner: Father of the Modern Superhero Movie 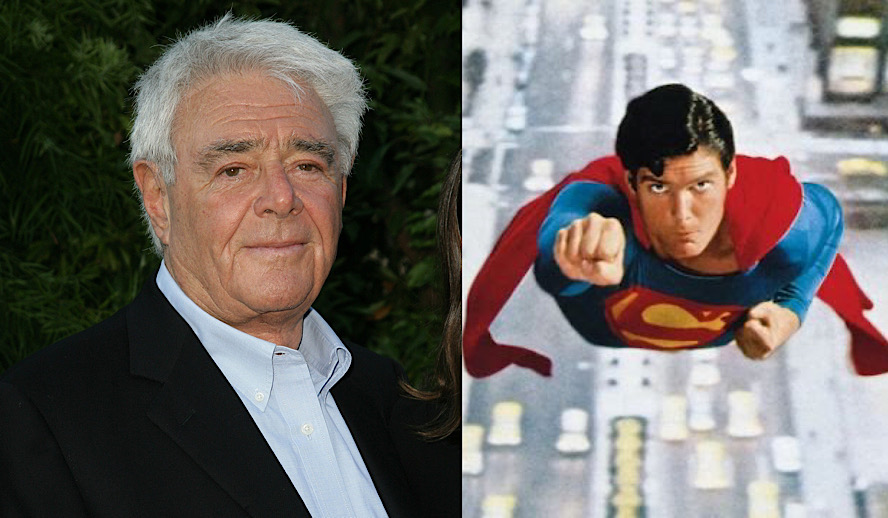 The basic premise of ‘Shadow in the Cloud’, the first new release of 2021, is that a World War II bomber is sabotaged by a gremlin. Maude Garrett (Chloë Grace Moretz) witnesses the creature tampering with the plane, but nobody else believes her. If this sounds familiar, it’s because it’s inspired by one of the most famous ‘Twilight Zone’ episodes, ‘Nightmare at 20,000 Feet’, starring William Shatner and directed by Richard Donner.

At 90 years old, the very same Richard Donner recently announced that he will return to direct the fifth and final entry of his iconic ‘Lethal Weapon’ movie franchise, which will double as a swan song to conclude his decades-long career. It’s remarkably in character for the man who exemplified success as a working director within the studio system, not to undermine the tremendous impacts on Hollywood that he would personally be responsible for–without Donner, the Marvel Cinematic Universe might not be what it is today.

In anticipation of ‘Lethal Weapon 5’, which is slated to reunite Donner with co-stars Mel Gibson and Danny Glover, I want to go back and look at some of the seminal moments of Donner’s career.

Born in the Bronx, Donner’s first exposure to the TV industry was as an aspiring actor–he played a bit part in a show directed by Martin Ritt, who suggested he become a director and hired him as an assistant. He was later hired by Desilu (the production company founded by Lucille Ball and Desi Arnaz) to direct commercials, and ended up working prolifically throughout the ‘60s directing both action-oriented shows like ‘The Fugitive’ and ‘The Man from U.N.C.L.E.’, as well as comedies like ‘Get Smart’ and ‘Gilligan’s Island’. It was during this time that he directed the aforementioned episode of ‘The Twilight Zone.’

Donner would occasionally be sought out to direct feature films that performed reasonably well, but nothing more–Donner himself would later state that he “wasn’t ready” at the time, and had no qualms about continuing to work as a television director, where he continued to hone his craft.

It’s worth mentioning that his first feature, ‘X-15’, a film about the problems besetting NASA’s X-15 research rocket program, is still interesting to watch in part because Donner himself was a pilot. His understanding of flight and aerodynamics would not only be put on display with ‘X-15’, but also play an important role in a film he would later direct that required the audience to really believe a man could fly–’Superman’.

In the meantime, he continued to work in television and occasionally film, an experience which he’s said taught him how to be “good with meeting a schedule and a budget.” He developed a mentality that he had an obligation to deliver, rather than be indulged. He also nurtured a philosophy of verisimilitude, which to Donner meant focusing on the truthfulness and reality of a scene, as well as being faithful to the source material.

Through a series of serendipitous circumstances, he would come to direct ‘The Omen’ in 1976, a mega-hit that marked a turning point in Donner’s career and the beginning of his tenure as a Hollywood director.

‘Superman’ had already been in the works for years by the time its producers hired Donner to direct. Its script, written originally by Mario Puzo, had been reworked by a number of different writers and resembled previous, campier superhero incarnations like the 1960s ‘Batman’ TV series. Donner also recalled that when he was brought on, they’d planned to utilize the same effects to make Superman fly as they did on the ‘50s TV show ‘Adventures of Superman’, starring George Reeves.

At the time, superheroes on-screen were purely figures of camp. Nobody expected to take ‘Superman’ seriously, and that’s why it was revolutionary when Donner insisted that the story be played straight. Although the film certainly maintains a relatively light-hearted tone with definite comedic elements, its story is told with emotional gravity and honesty. To aid in this, Donner enlisted Tom Mankiewicz, nephew of ‘Citizen Kane’ writer Herman Mankiewicz, to rewrite the script one last time. Writers Guild of America rules are the reason that Mario Puzo is still credited as the writer of ‘Superman’, but according to Mankiewicz, “not a word from the Puzo script was used.”

Donner also insisted that in order for the film to work, people had to really believe Superman could fly. It’s antiquated to modern eyes, but the groundbreaking nature of ‘Superman’s’ visual effects speaks for itself–just look at the movie’s tagline, “You’ll believe a man can fly.” Apparently, Christopher Reeve was an experienced glider pilot which lent to his ability to hold himself aerodynamically, furthering the illusion of flight.

‘Superman’ was the very first modern superhero film, and without it, we wouldn’t have had the progression of comic book cinema that’s culminated in the MCU, the biggest film franchise in history. In addition, aside from inventing the superhero film as we know it today, both Marvel Studios president Kevin Feige and DC Films co-chairman Geoff Johns got their starts working at The Donners’ Company, the production company run by Richard Donner and his wife, Lauren Schuler Donner. The Donners’ Company is also responsible for producing the ‘X-Men’ film franchise.

Outside the realm of comic books and superheroes, Donner has directed a number of classics, including ‘The Goonies’ which starred a young Sean Astin and Josh Brolin, as well as ‘Lethal Weapon’. It can seem cheesy to fresh, modern viewers, but it belonged to a canon of ‘80s action films that would define their respective subgenres without necessarily trying to do so. Richard wasn’t adhering to trope conventions, he was telling a story as well as he could, and in doing so laid out the template for all buddy cop movies to follow. It got to the point where Whoopi Goldberg teamed up with a talking dinosaur in ‘Theodore Rex’, and that’s when you know a Hollywood trend has run its course.

Donner last directed ‘16 Blocks’ back in 2006, meaning ‘Lethal Weapon 5’ is the first film he will have directed in 15 years. There’s ample cause here for both celebration and trepidation, but the fact of the matter is that Donner wouldn’t be directing the picture if he didn’t want to.

I consider it a privilege to be able to see a new Richard Donner production and hope that his final movie reflects the same dedication to verisimilitude and expert craftsmanship that marked his career from beginning to end.