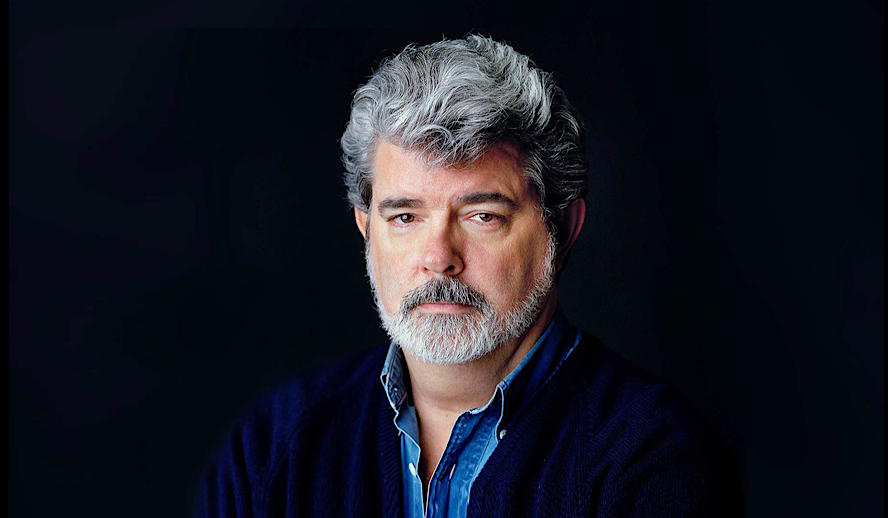 George Lucas – May The Force Be With You

The year is 1977: the new smash hit ‘Star Wars’ has hit theater screens and film fans are buzzing to theaters to watch the epic space adventure. Mystified by galactic dogfights, lovable droids, and the ever spiritual light and dark side of the force, audiences could not get enough of the exciting cinematic journey on screen. Fast forward forty-four years and fans are booting up their Disney+ subscriptions each Friday to tune in for the newest episode of ‘Star Wars: The Bad Batch’.

Nearly fifty years later, ‘Star Wars’ fandom is alive and palpable; a feat that is no more than a dream to other film franchises. While attributing the success of one of the most successful film franchises of all time to one person is most certainly an oversimplification, I am tempted to do so. In the case of ‘Star Wars’, there is one man who is certainly, as the golden protocol droid C-3PO would say, “the maker”: George Lucas.

George Lucas is truly one of the world’s most treasured creative minds, being at the forefront of innovation in film and storytelling, namely being the man behind ‘Star Wars’. While the impact of ‘Star Wars’ on pop culture and the history of cinema cannot be overstated, Lucas’s work and influence can be seen clearly in other excellent Lucasfilm productions such as ‘Raiders of the Lost Ark’ and ‘Willow’.

Since Lucas burst into the public eye with his first science fiction film, ‘THX 1138’, much has been said about him and his work both in the form of praise and criticism. As someone who from a young age had been inspired by Lucas’ work, I am not here to criticize. Instead, I like to pay homage and gratitude to one of the most influential and special filmmakers the cinematic landscape has ever seen in the way I believe is most suited: a discussion of his films.

Long before creating the galaxy far, far away, we have all grown to love, Lucas was a film student at the University of Southern California. While attending film school, Lucas directed a science fiction short film, ‘Electronic Labyrinth: THX 1138 4EB’, that garnered him attention amongst his peers and film festivals. Lucas would go on to adapt the short into a feature-length film for his directorial debut in ‘THX 1138’. The film, while not an overwhelming success at the box office, was written, directed, and edited by Lucas and has since grown a cult following that has fallen in love with the dystopian world the film created.

Two years later, Lucas would release his first hit with 1973’s ‘American Graffiti’. The Richard Dreyfuss and Ron Howard starring coming-of-age comedy film opened to box office and critical success, notching five Academy Award nominations, including Best Director for Lucas. The film’s performances and storytelling were praised and helped to allow Lucas the clout to move to his next, more ambitious project.

What more is there to say about ‘Star Wars’, one of the most influential films of all time? I most likely will not break any new ground with my thoughts and feelings regarding the intergalactic space adventure that has enthralled fans since its release in 1977. What is now known as ‘The Original Trilogy’ of Star Wars films, starring the talents of Mark Hamill, Harrison Ford, Carrie Fisher, Alec Guinness, and the voice of James Earl Jones, is regarded as one of the greatest film trilogies of all time for a reason.

The first film plays on traditional storytelling archetypes bringing them into this foreign world. The second film, ‘Star Wars: The Empire Strikes Back’ expands the universe and deepens the characters, arguably out-doing its predecessor. With one of the greatest reveals in cinematic history as well as the incredible performance of Billy Dee Williams, ‘Star Wars: The Empire Strikes Back’ supplanted itself as one of the greatest sequels of all time. The third film, ‘Star Wars: Return of the Jedi’ brings the trilogy to a close in both a climactic and satisfying fashion.

There is one scene from the trilogy in particular that deserves highlighting. In the first film, there is a scene in the first act where Luke Skywalker stares off at the binary sunset on Tatooine; this is my favorite scene in Cinema. Film is a visual medium, and movies are intended to tell stories. The reason why this scene is so incredible is its visual storytelling. As John William’s ‘The Force Theme’ swells, we watch as Luke stares out into the sunset. This moment articulates everything we need to know about Luke’s character without a word of dialogue.

Just from the look on his face as he stares out into the sunset, we see clearly that Luke is someone who is struggling to understand his purpose in this place; that he feels he is destined for more. The genius behind the binary sunset is what hits the scene home for me. ‘Star Wars’ is a very universal story, with classic archetypes that have dated back generations in literature and storytelling. The story is familiar, yet set in a universe that is foreign to us. The binary sunset conveys this perfectly, having our main character do something as familiar as staring off into the sunset while also reminding us that we are in a galaxy far, far away as the second sun sets as well. This scene is emblematic as to why I fell in love with film; the ability to tell so much story with just visuals. This scene is also emblematic as to why George Lucas is one of the greatest storytellers we have ever seen.

Time Away From The Director’s Chair

After the completion of the first ‘Star Wars’ trilogy, Lucas spent some time away from directing and produced and worked on the story for many Lucasfilm productions, namely his collaboration with Steven Spielberg, ‘Raiders of the Lost Ark’. The Harrison Ford starring adventure spawned the ‘Indiana Jones’ franchise that was inspired by the old serial adventures Lucas and Speilberg had grown to love. ‘Raiders of the Lost Ark’ is one of the most thrilling and fun films in the history of Cinema and has continued to stand the test of time. Lucas executive produced many other films that were core staples of my childhood such as ‘Labyrinth’ that starred the late David Bowie and the less than successful ‘Howard the Duck’ that starred Lea Thompson and Tim Robbins.

Lucas would return to the ‘Star Wars’ world with his ‘Prequel Trilogy’ that saw Hollywood stars cast in the lead roles such as Natalie Portman, Ewan McGregor, Liam Neeson, and Samuel L. Jackson. The three films, ‘Star Wars: Episode I – The Phantom Menace’, ‘Star Wars: Episode II – Attack of the Clones’, and ‘Star Wars: Episode III – Revenge of the Sith’ were all written and directed by Lucas and received mixed reactions from critics and audiences upon release. Yet nearly two decades later, the films are praised by an entire generation of fans who grew up with them.

While this is most certainly an interesting quandary to parse through, what stands out to me is this: while there is no doubt that the ‘Prequel Trilogy’ is flawed, the storytelling in the films is exceptional. There’s something to be said about the fact that the generation that grew up with the films have such a high opinion of them; whether it be nostalgia or not, the film’s storytelling is what I believe has made them stick. As a kid, when I watched the films I was not focusing on if a line of dialogue was clunky or a visual effect looked unpolished; I was locked into the story of Anakin Skywalker’s fall into darkness in the name of love.

As an adult, now I notice some of the flaws of the films, but the story still resonates. While the ‘Prequel Trilogy’ may have not been what audiences had expected, I commend Lucas for taking risks and innovating in both his VFX and storytelling. Risks don’t always pay off, that is the inherent nature of risks; however, taking them is the only way we have progress and while not all of Lucas’ risks paid off in the ‘Prequel Trilogy’, that does not mean they were not worth taking.

After four years of working on ‘Star Wars: The Clone Wars’, an animated series that fleshed out the ‘Prequel Trilogy’, Lucas sold Lucasfilm to Disney in 2012. Disney went on to make their own trilogy of ‘Star Wars’ films as well as numerous streaming shows such as ‘The Mandalorian’ and ‘Star Wars: The Bad Batch’ independent of Lucas. While Lucas is no longer involved with ‘Star Wars’ directly, his work continues to inspire. As previously stated, the fact that a film released in 1977 is still spawning new media today is almost incomprehensible and perhaps Lucas’ greatest achievement. In 1977, George Lucas told the world a visual story that continues to be told today. A story that has inspired countless filmmakers and will continue to inspire forever.