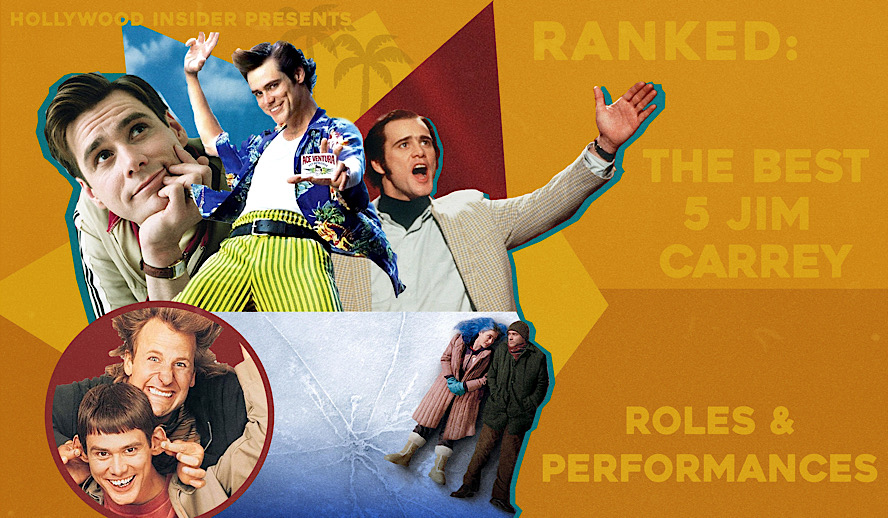 Jim Carrey – A Triumphant Return to the Spotlight

With Jim Carrey’s latest string of successful performances, including his box-office hit Sonic the Hedgehog, his captivating SHOWTIME series Kidding (featuring some of Carrey’s strongest dramatic work), and his recent Saturday Night Live guest appearances impersonating President-elect Joe Biden, Carrey has made an undeniably triumphant return to the screen (his recently released novel Memoirs and Misinformation, where Carrey teams up with Dana Vachon to write a fictitious book loosely based on Carrey’s life, is a highly recommended read as well).

Related article: ‘Moonbase 8’: A Must-Watch for Any Fans of Space, Comedy, or Simply Quality Television

A beloved performer who gained worldwide notoriety in the 1990s, Carrey’s anthology of films boasts box-office hits such as The Mask, Dumb and Dumber, and Liar Liar. A  Hollywood giant who’s endured a career spanning decades, below is a closer look at Jim Carrey’s five strongest movie performances to date.

A sequel to the 1994 hit Ace Ventura: Pet Detective, Carrey reprises his role as private animal investigator Ace Ventura. Set in the remote villages of Africa, Ventura is tasked to track down a sacred endangered white bat to help prevent a gruesome war between two tribes.

When Nature Calls builds on its predecessor. Carrey gives a more grounded, but still hilariously over-the-top performance, resulting in a stronger entry in the Ace Ventura film series. The sequel also acts much more like an action-adventure film, at times reminiscent of the Indiana Jones film series, and features a larger and more exotic collection of animals for Carrey to interact with.

When Nature Calls showcases Carrey at his zany best. The film focuses less on its narrative and acts more as a playground for Carrey to roam free in. Carrey captivates the audience with his displays of raw energy, his comical facial contortions, his over-the-top impersonations that provide genuine laughs, as well as a surprisingly well-tuned singing voice. With every other actor in the film playing a “straight man” opposite Carrey, Carrey’s wild performance stands out, even more, completely stealing the show and leaving the audience mesmerized, entertained, and simply wanting more.

However, despite its strengths, When Nature Calls is by no means perfect. It, unfortunately, suffers from dated uses of cultural appropriation and the “white savior” trope, which age the film significantly, and admittedly sometimes make for an uncomfortable viewing experience, similar to moments found in Indiana Jones and the Temple of Doom. Carrey nevertheless provides one of the funniest performances of his career, rivaling his iconic role in Dumb and Dumber. Although flawed, When Nature Calls is still a hilarious watch that showcases a younger Jim Carrey at his prime.

Directed by the Farrelly brothers (Green Book, Kingpin, There’s Something About Mary), Dumb and Dumber, starring Carrey and Jeff Daniels, is arguably Carrey’s most popular film. Playing the lovably dim-witted Lloyd Christmas, Carrey provided a generation of imitations and quotable one-liners, such as “Hey, you wanna hear the most annoying sound in the world?” (Harland Williams’ performance as the State Trooper is a classic as well, providing the gem “Come on, give me that booze, you little pumpkin pie, hair-cutted freak!”).

Nearly 20 years since its release, Dumb and Dumber has aged surprisingly well, providing a feel-good comedy filled with genuine laughs, strong chemistry between its leading stars, and a bonkers performance from Carrey that will likely continue to stand the test of time.

Carrey’s highest-rated film on Rotten Tomatoes, The Truman Show is a wildly original, funny, and thought-provoking film that acts as a statement on the dangers of celebrity culture and society’s fleeting obsession with Hollywood stars. Filled with strong supporting performances from Ed Harris, Noah Emmerich, and Laura Linney, The Truman Show is Carrey’s first real foray into the kind of comedic-dramatic roles that have come to define his career.

While Carrey continues to display his trademarked qualities of endless energy and lovable over-the-top humor, his role as Truman Burbank showcases the actor’s surprising ability to connect with audiences on a deeper level. The film shifts between comedy and drama, speaking on the universal desire for love, acceptance, and free will, all of which are personified through Carrey’s strong and deeply layered performance, realistically portraying a man who’s figuratively “lost at sea.” In addition to its strong performances, The Truman Show’s premise provides a number of Easter eggs as well, making repeated viewings even more worthwhile.

Regarded by many to be Carrey’s best film, Eternal Sunshine is a truly superb story, offering audiences an imaginatively layered and cerebral viewing experience. Written by mastermind screenwriter Charlie Kaufman, who’s stellar screenwriting credits include I’m Thinking of Ending Things, Adaptation, Being John Malkovich, and Synecdoche, New York, Kaufman provides Carrey one of the best performances of his career. Featuring strong supporting roles by Kate Winslet, Kirsten Dunst, Mark Ruffalo, and Elijah Wood, Eternal Sunshine is a work of art that succeeds from its many moving parts, showcasing stellar acting, a layered plot, stunning visual imagery, and, most of all, a show-stealing performance from Carrey.

Carrey’s ability to represent a luckless, ordinary protagonist aimlessly drifting through life, until eventually stumbling into love, is a deeply realistic and endearing performance that will likely resonate with most viewers. Carrey still provides moments of absurd comedy and comedic relief, which end up benefiting the film due to its heavy subject matter. Carrey proves himself to not only be a strong comedian but a capable dramatic actor as well, having the rare ability to make audiences both laugh and cry.

Related article: Video: The Evolution Of Johnny Depp Filmography – All His Roles & Performances From 1984 to 2021

Arguably Jim Carrey’s magnum opus, Man on the Moon is a sleeper hit that’s a must-watch for any fan of Carrey’s comedy. A biographical comedy-drama, Man on the Moon explores the late comedian Andy Kaufman’s life, his ascent to fame, and the many controversies along the way, with Carrey giving a near-perfect rendition of Kaufman. The crux of the film is best personified with George Shapiro (Danny DeVito) at one point asking Kaufman: “Andy, you have to look inside and ask this question. Who are you trying to entertain? The audience or yourself?” to which Kaufman later replies “I always have to be one step ahead of them [the audience].”

Carrey provides a totally committed performance, transforming his voice, his facial expressions, and even naturally looking the part. As it’s been widely stated before, Carrey truly is “chameleon-like” in his portrayal, losing himself completely in the life of the eccentric and controversial comedian (the Netflix documentary Jim & Andy: The Great Beyond provides an even deeper look into Carrey’s performance). The film’s opening is iconic in both style and execution, perfectly setting up the film’s tone, and acting as a kind of homage to Kaufman’s love of pranks.

The film, much like When Nature Calls, provides a perfect playground for Carrey to let loose and display his many talents, giving a layered performance of playing Kaufman while performing Kaufman’s renditions of celebrity impersonations, such as Kaufman’s famous portrayal of Elvis Presley. Carrey’s raw talent in the film even transcends Kaufman’s own impressions and performances, Carrey simultaneously paying homage to the late comedian while at the same time proving to be the stronger performer. The film showcases famous moments of Kaufman’s career, including the Saturday Night Live “Mighty Mouse” sketch, Kaufman’s lounge-singing Vegas character Tony Clifton, as well as Kaufman’s role as Latka Gravas on the hit show Taxi. The film eventually depicts Kaufman’s later controversial foray into wrestling, his encounters with the famed wrestler Jerry Lawler (who cameos as himself), and a strong supporting performance from Courtney Love.

Audiences unfamiliar with Kaufman’s story will be kept guessing for the duration of the film, with much of the film contributing to the mystery surrounding the famed comedian’s legacy. In addition to Carrey’s mesmerizing performance, Man on the Moon’s unanswered questions will undeniably leave a lasting impression on the viewer. Simply put, it’s Jim Carrey at his absolute best.