10 Female Winners Who Made History At Award Shows in Hollywood 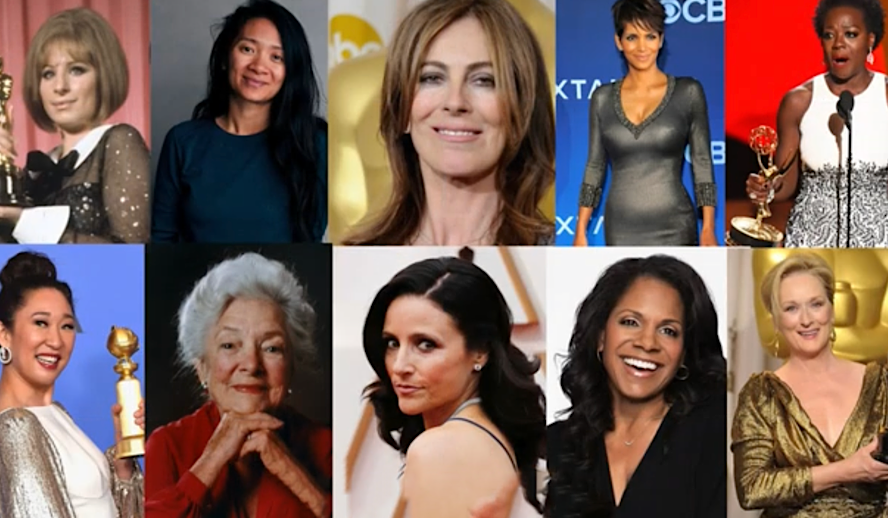 We are now in the time of year where there’s a different awards show every Sunday for a month and a half. During these shows, spanning from the Emmy Awards to the Academy Awards, there is a grand total of 151 different awards given out. Considering the fact that these shows have been going on for as long as they have, you would think we’d be out of opportunities for historic winners, but so many firsts have come in recent years, especially for women.

These are 10 of those female winners who were the first and record holders at awards shows.

Chloé Zhao made history in February as the second woman to win the Best Director Golden Globe in its 78 years for her masterful film ‘Nomadland’. She is also the first Asian woman to win this award and won in a year where a record number of women (three) were up for the Best Director award. As of February 15th, Zhao surpassed director Alexander Payne as the most awarded person in a single award season with ‘Sideways’, having won over 40 awards for writing, directing, and producing ‘Nomadland’.

The Oscars have been handing out awards for 92 years and in that time, only five women have been nominated for Best Director: Lina Wertmüller in 1977, Jane Campion in 1994, Sophia Coppola in 2003, Kathryn Bigelow in 2008, and Greta Gerwig in 2018. Bigelow is the first one of these five women to have actually won the award, winning and making history in 2008 for her film ‘The Hurt Locker’ which also won Best Picture. As of now, she is still the only woman to have won Best Director.

When talking about making history at the Oscars you can’t leave out Halle Berry. Berry became the first Black woman to win Best Actress at the 74th Academy Awards for her role in ‘Monster’s Ball’ in 2002 as a woman unknowingly in a relationship with the man who executed her husband. Of all the winners of Best Actress in 92 years, she is still the only Black woman to have ever won this award and one of 12 Black women to ever be nominated for it.

Helen Hayes was the first woman to become an EGOT, someone who has won an Emmy, Grammy, Oscar, and Tony. She won her Emmy for Best Actress in 1953 for ‘Schlitz Playhouse of Stars’ and her Grammy in 1976 for Best Spoken Word Album for reading ‘Great American Documents’. She won two Oscars during her career, her first one being Best Actress in 1931 for ‘The Sin of Madelon Claudet’ and her second one being Best Supporting Actress for ‘Airport’ in 1971. She won two Tonys for Best Actress, Dramatic in 1947 and 1958 for ‘Happy Birthday’ and ‘Time Remembered’. She also holds the title for the longest time to complete the EGOT, with 45 years between her first Oscar and her Grammy.

Julia Louis-Dreyfus currently holds three records at the Primetime Emmy Awards. She holds the record for most Emmy nominations for acting in any category. Louis-Dreyfus also holds records for most acting Emmy wins, having won for ‘Seinfeld’, ‘The New Adventures of Old Christine’, and ‘Veep’. Her third record is having won the most Emmy awards for the same show and character, with six wins for playing Selina Meyer.

It’s impossible to have a list of award show records for women and not include Meryl Streep. Streep holds the record for most acting nominations at the Oscars with 21 nominations and the most Golden Globe nominations with a whopping 34 nominations. She also holds the record for most acting Golden Globe wins with eight wins (nine if you count the Cecil B. DeMille Award), having won Best Supporting Actress in a Motion Picture in 1979 and 2002 for ‘Kramer vs. Kramer’ and ‘Adaptation’.