A Tribute to Shonda Rhimes: How the Most Successful Showrunner Came into Power 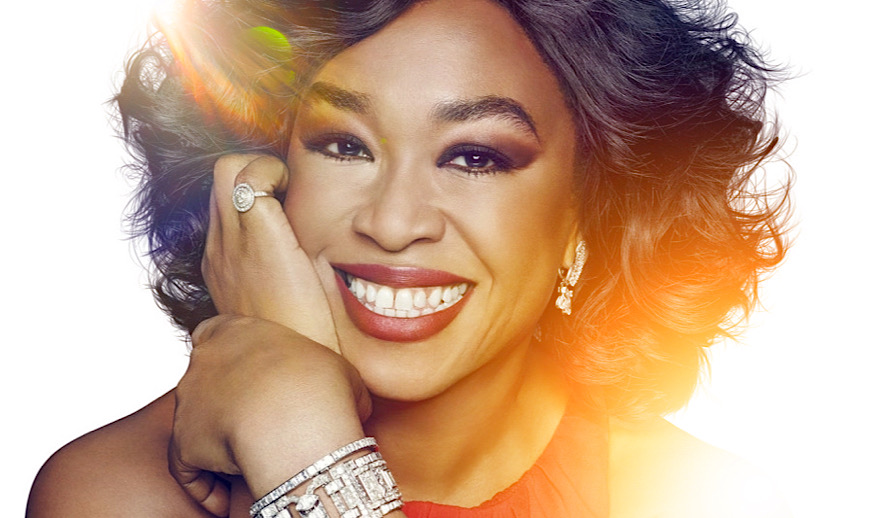 When people hear the name Shonda Rhimes, most think of her successful empire on ABC. Best known as the creator and showrunner of Grey’s Anatomy, Private Practice, and Scandal, Rhimes has achieved unbelievable success throughout her years of dominating network television, especially as the first African American woman to create and executive produce a Top 10 network series.

Although she is now the leader of the biggest empire in television, Rhimes got her start as an intern for Debra Martin Chase while attending the University of Southern California. She credits Chase, an African American producer, for much of her early inspiration and success as Chase served as her mentor, including their time together on The Princess Diaries 2. Rhimes later went on to work at Denzel Washington‘s company, Mundy Lane Entertainment, spending her time writing several scripts, one of which she sold to New Line Cinema in 1998, and later ones including HBO’s Introducing Dorothy Dandridge and Crossroads, for Britney Spears’s film debut. Later, a pilot that Rhimes wrote about female war correspondents was filmed for ABC but never made it to air. However, this ultimately was overshadowed by her next pilot script – the medical drama Grey’s Anatomy, which turned into one of the most popular and longest-running scripted primetime shows on ABC.

Grey’s Anatomy premiered in 2005 and quickly rose to fame as one of the overall top 10 shows in the United States during the middle of its run. 16 seasons later, fans are still as invested in the medical drama series as they initially became 15 years ago, as the show has been described as a “television phenomenon” due to its sky-high ratings and incredibly long run, that has resulted in over 40 Primetime Emmy Award nominations as well as a Golden Globe award for Best Television Series. As a product of Grey’s Anatomy’s success, a spinoff Private Practice was created by Rhimes in 2007 and aired for six seasons, accumulating successes on par with its parent show.

2012 marked the arrival of the political thriller Scandal, which featured Kerry Washington in the lead role of Olivia Pope, a former media consultant to the president and head of a crisis management firm. This next project created by Rhimes and produced under her ShondaLand production company went on to become one of the most popular shows on social media during its run, achieving vast commercial success and receiving nominations for most major television awards.

In addition to the success of these three shows she created and was a showrunner for, Rhimes executive produced several other shows including How to Get Away with Murder, The Catch, Off the Map, Still Star-Crossed, and Station 19 under ShondaLand.

In a TED Talk that Shonda Rhimes gave in 2016, she discussed her career and workload in her high-level position in the entertainment industry.

“Three shows in production at a time, sometimes four,” Rhimes says. “The budget for one episode of network television can be anywhere from three to six million dollars. Let’s just say five. A new episode made every nine days, times four shows—so every nine days, that’s 20 million dollars’ worth of television. Four television programs, 70 hours of TV, three shows in production at a time, sometimes four, 16 episodes going on at all times. That’s 350 million dollars a season. My television shows are back to back to back on Thursday night. Around the world, my shows air in 256 territories in 67 languages for an audience of 30 million people.”

If you don’t find these statistics jaw-dropping, then I don’t know what to tell you. It says a ton about her as a creator and showrunner that her shows have achieved such near-insanity levels of success that resulted in her completely dominating network television, and especially Thursday nights.

As a result of this, Rhimes has collected an abundance of awards and accolades for herself. 2007 saw Rhimes being named one of TIME magazine’s 100 People Who Help Shape the World. She has also won a Golden Globe and was nominated for three Emmy Awards, additionally winning multiple awards from the Writers Guild of America, Producers Guild of America, and Directors Guild of America throughout her career.

Along with obvious monetary and accolade-related successes, Shonda Rhimes has had a larger-scale impact on the television industry in terms of the content that she has brought to the small screen. Upon creating Grey’s Anatomy, she became notable for casting African Americans, Asians, and Latinas in the roles of intelligent doctors and writing them as fully-dimensional characters who had possessed emotional depth and strong character traits. In retrospect, this should not be something that was deemed noteworthy, but it was revolutionary at the time, with Rhimes being hailed as a visionary for sparking a wave of shows on network television that was diverse.

The premiere of Scandal only solidified this, as Kerry Washington became the first show to star an African-American woman in 38 years. Between these two shows, the ratings blew through the roof in what can be attributed to a product of Rhimes’ creation of complex and brilliant characters that diverse audiences were able to admire and look up to. Headstrong women such as Grey’s character Cristina Yang and Scandal’s lead Olivia Pope have turned into role models for female viewers and audiences as well as a basis for characters in the creation of today’s new shows.

This likely spurs from her motto in terms of her writing and creative process as she continued to work on Grey’s Anatomy and Scandal. “I really try to make a show that I would want to watch,” Rhimes said. “If I don’t want to watch it…it doesn’t go in the show.” Her efforts have garnered recognition in the form of GLAAD Media and NAACP Image Awards for the way that her shows have discussed race and sexuality, once again proving her impact in all aspects of influence through television.

Shonda Rhimes is a remarkable influence in the television industry and is undoubtedly the most powerful showrunner in Hollywood. She is not the most successful black female showrunner, as she has been often described as, but is the most powerful showrunner period. She has earned tremendous achievements and should be celebrated for her inspiring and empowering work that continues to dominate the television industry and has impacted audiences everywhere.

Remember that: Shonda Rhimes is the MOST powerful showrunner in Hollywood.