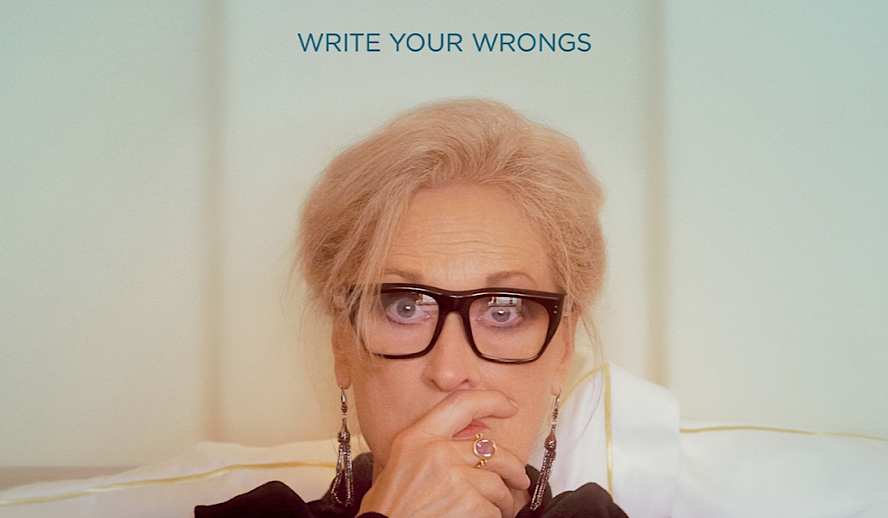 Photo: ‘Let Them All Talk’/HBO MAX

I am sore with names, especially with those who live behind the camera. Of my favorite films, I can name the writer for a small handful of them, let alone a director of photography or composer. So you can imagine my surprise when almost halfway through watching ‘Let Them All Talk‘, I mentioned off-hand that this felt like the middlings of ‘Ocean’s Eight’ and we were simply waiting for Debbie Ocean to peek her head around the corner- unbeknownst to me that Steven Soderbergh, director of the infamous Ocean’s films, took the helm on the comedy-drama.

Let Them All Talk is a sharp reunion of a well-renowned author, played by Meryl Streep, and her two closest friends from University, played by Candice Bergen and Dianne Wiest respectively, as they embark across the Atlantic in a cruise ship christened the Queen Mary 2. Accompanying them is Streep’s beloved nephew, the aimless Tyler, who soon falls for Streep’s publishing agent, sent to ensure a manuscript is completed during the journey. Over the course of the trip, old spitfires burn brighter than they have in years, and their small group is reminded of what it is like to be in old shoes once more.

A Script With No Lines

This film was peculiar in a multitude of different ways, and most of them were surprisingly production-related. First and foremost, most of the dialogue was completely improvised by the intimate cast during the honest-to-God two-week boat ride it took to film the movie, just like the one their characters embark upon. Not knowing this coming into the film, I noted that everything seemed relaxingly normal. The stutters, the pauses in conversation, the moments spent genuinely reacting to what other characters said- it added a respectable amount of believability that only became more impressive once it became clear that the dialogue was off-the-cuff. Without seeming forced, there was still a clever wit embedded in moments throughout this film that kept it light and moving towards an unknown goal. The dialogue of Let Them All Talk matches the quiet, gentle lull of the sea, and it draws the viewer with an imposing certainty.

That is not to say a screenwriter was not present on set- Deborah Eisenberg, a well-known literary legend, came up with the concept and outlines of scenes while supervising the “talk” of the cast. Eisenberg’s talents add another level of authenticity to the script because she really did choose to write what she knew. Eisenberg is the author of five critically acclaimed short stories and published a book of them, so when she writes of two drastically different authors (Meryl Streep and Daniel Algrant) clashing at a head, it feels like we’re standing in the room with them. Dianne Wiest spoke of Eisenberg’s constant and gratuitous help, especially in scenes that seemed particularly trying- “She was always there. She was there all the time, and she was so generous, and you could ask her anything.”

The Cast We Can’t Stop Talking About

This cast is worth talking about. Meryl Streep stands at the helm of this ship as the pretentious writer Alice Hughes, who won’t speak of her popular stories and instead wants to discuss long-dead authors of complicated prose. Alice Huges is that particular style of character (think Julia Child or Josephine Anwhistle) that Streep decides to revisit every once in a while, and what a gift it is. A large part of her charm in this film is due to Streep’s natural inclination to add a dash of humor when it is sorely needed, and co-stars Dianne Wiest and Candice Bergen only add to her beating drum. Wiest plays the peacemaker Susan, seemingly only on this trip to make new amends and catch up with her friends, while Bergen plays the vengeful Roberta, scored by Alice’s literary burn from years ago. The three play off of one another in a delightfully static way, taking their time with reactions and responses to create a believability that could not seem more real.

Lucas Hedges and Gemma Chan have come together to create a surprisingly powerful duo. Hedges plays Tyler, Alice’s good-natured nephew who genuinely looks up to his aunt with pride and love, while Chan plays Karen, Alice’s newest literary agent who hopes to get a manuscript out of Alice before she returns home from the trip. While Karen sneaks onto the cruise in order to keep an eye on Alice, she enlists the help of Tyler and the two find themselves intertwined in a solid partnership. It surely comes as no shock to the viewer that these actors were positively delightful to watch, but we should heartily thank Soderbergh for giving us an unexpected pairing worthy of a standing ovation.

‘Let Them All Talk’, Indeed

Cinema is stigmatized for a million different reasons nowadays- some claim a movie made today will never live up to the classics at the turn of the century, others complain that there’s too much action, some not enough, and almost everyone agrees that we live in an age of corporate sellout. However, Let Them All Talk is a beautiful return to the very basic fundamentals of storytelling. Filmed on a practically non-existent budget (Meryl Streep only received twenty-five cents for her performance!) and a director literally behind the camera, this movie is a celebration of words and their intrinsic power. The quippy montages and steady camera work all denote Soderbergh’s infamous style of film, but the tight, natural feel of the script makes this movie all the more enjoyable.

This movie is made for anyone who has held a grudge, for flawed people, and people who understand what it’s like to be a friend for a long time. The road of life is long and plenty bumpy, and we won’t be able to smooth it over in the long run, but it won’t stop our earnest efforts. Let Them All Talk did exactly that- it is almost two hours of gab, chatter, and delightfully enticing gossip.