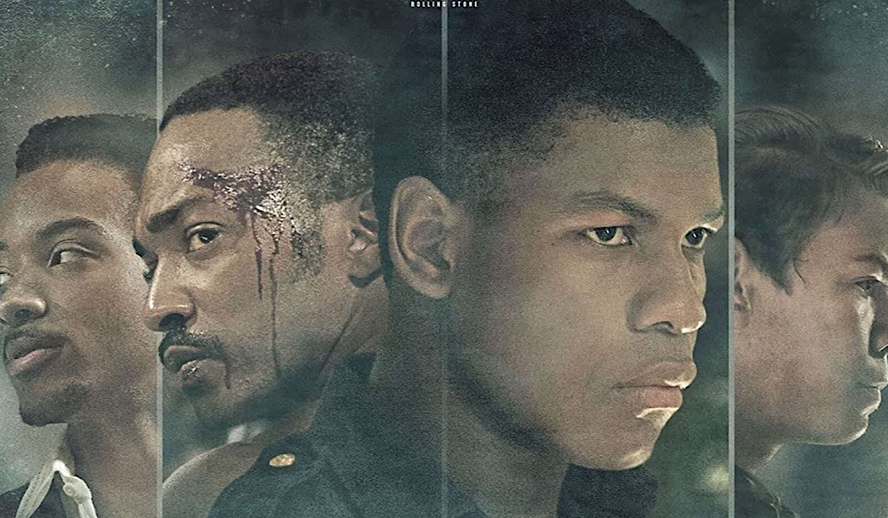 “It’s past curfew!” The Michigan state police officer exclaimed. “How was I supposed to know?” he said, restraining his fury “I don’t have a watch”.

Detroit, starting John Boyega is a 2017 drama based on the true events of the 1967 Detroit riots. The film lays the groundwork to dissect the complexity of the racially charged explosion in the city by establishing two things: one, the American police state, although nuanced considering individual circumstances, will merely pan-out to be an entity that enforces violence. And two, being Black is enough reason to be criminalized.

The film interweaves real footage from the events with present-day shots for the film, often using documentary-style camera work to preserve the story’s realism. The directors told the stories of real people, most of whom are living, and crafted the circumstances to bring them all together.

Directed by The Widow Maker’s Kathryn Bigelow, the film stares corruption of police brutality in the face and delivers the agonizing instances to the audience in long, slow, drawn-out scenes. It’s a deliberate choice that leaves us witnessing vile acts with no scene change to hide behind.

John Boyega (who plays security guard Dismukes) is the only relief audience members get on screen, both because of the grace of the character he’s playing, but also because of his excellent performance. Watching him playing a man in the late sixties, his stature, voice, and demeanor ring with the gravitas of Denzel Washington. However, his performance is entirely his own, adding a much-needed touch of humanity to the film, that when tampered with, elicits the hopeless undertone the film harbors right beneath the surface.

Although Dismukes plays a security guard, it doesn’t mean that he’s exempt from the corruption of the justice system. Just because Dismukes is in proximity to power and (thus white supremacy) does not mean that his Blackness is canceled from his person. Blackness is evidence enough to be criminalized. This devastating reality, which begins to surface by the film’s third act reminds us the justice is not a system build for us (Black Americans). By this part of the movie, not only does the film finally begin to hone into what makes it strong in the first place, but it also showcases some of the strongest performances it has to offer.

What the film was begging for before its latter half is a dissection of the answer of why– why specifically are these Detroit residence looting, rioting, and burning down their city, “their home”? By turning a gaze towards the Black actors’ grander experience, and not just expository circumstances, we see precisely what the real issue is: the broke contract.

In the Defence of Rioting

The political philosophical reasoning behind rioting is a breach of something called the social contract. The social contract theory was created by Thomas Hobbes– he discusses this concept in his work Leviathan. The theory is basically that societies and governments only work when there’s an honored agreement between civilians and those in power. As long as those in power comply with their duty of providing protection, opportunity, security, etc, then civilians will comply with their duties like remaining orderly, contributing to society with labor, and paying taxes. However, when the government does not comply with their promises, then civilians feel as though they shouldn’t have to either.

The parallels between this film about late 60s America and our present-day with reference to the Black Lives Matter movement, and incidents of police brutality around the world, including most recently Nigeria, are impossible to ignore. If police can not comply with protecting their civilians, then why should civilians be orderly and composed. Civil disobedience is how change occurs.

In the court scenes of the movie, in a feat of excellent holy matrimony between directing and writing, the character’s dialog rolls together and off of each other seamlessly and in a way that highlights the nuance of the situation.

In a police raid of a motel responding to shots of a toy gun (that goes unannounced to most of the residence), individuals were held captive by police, mentally tortured, beat, with some even being murdered. Before leaving the scene, one by one, Krauss drilled into the victim’s heads that what they saw today would go unspoken and undiscussed. And so when it was time for victims to take the stand, the film had established enough characters to begin answering the questions that arose from the beginning.

The Detroit riots broke out for the same reason the protesting this summer broke out: the people in power failed to comply with its promise to protect its civilians. This neglect of the Detroit Black population is apparent in the courtroom. The Attorney defending Krauss, Auerbach, (John Krasinski), urged irrelevant questions like asking about the victim’s criminal record. He gaslit them to get the jury to believe that they didn’t truly know the nature of their events. The characters know exactly what Auerbach’s trying to do, and watching actors struggle to remain in control is a beautiful thing to watch.

Of course, there are lots of Black men at the motel who had “criminal records”. Poor Black neighborhoods are overpoliced, and petty crimes are given disproportionate consequences with no remorse. When the film sinks its teeth into the paradox that is being a Black American, it begins to shine.

With a white director and writer, some concepts will inevitably turn out shallow and disappointing. But when the film sticks to what it can do and what it’s good at, these lapses are sometimes overlooked. Just like in the watch metaphor from before, the rules America has established have not been on par with what Black Americans can work with. If you enforce a curfew, but you don’t allow me to have a job that pays enough for me to get a watch, of course, there’s no way I’ll be able to make it home before curfew. There can often feel like no escape.

In one of the most powerful scenes of the movie, Krauss one by one asks the victims of the night what it is they see lying on the floor. It’s a dead body, one the police killed, but Krauss needs the men to say they don’t see anything before they can leave the scene. “What do you see,” he asks.

Listening to him, I too began asking myself the question. Do I see the videos of the limp bodies, the ones slain by the police? Do I see the instances of police brutality across my country, across the world?  As civilians, are we gonna ignore the evidence to stay safe, or are we willing to venture into dangerous territory in admitting what it is that we see?

Watch ‘Detroit’ now on Hulu and discover the parallels of the world’s past and present instances of treacherous police brutality.