A Tribute to Sofia Coppola: The Multi-Award Winning Writer and Director | Oscar Winner 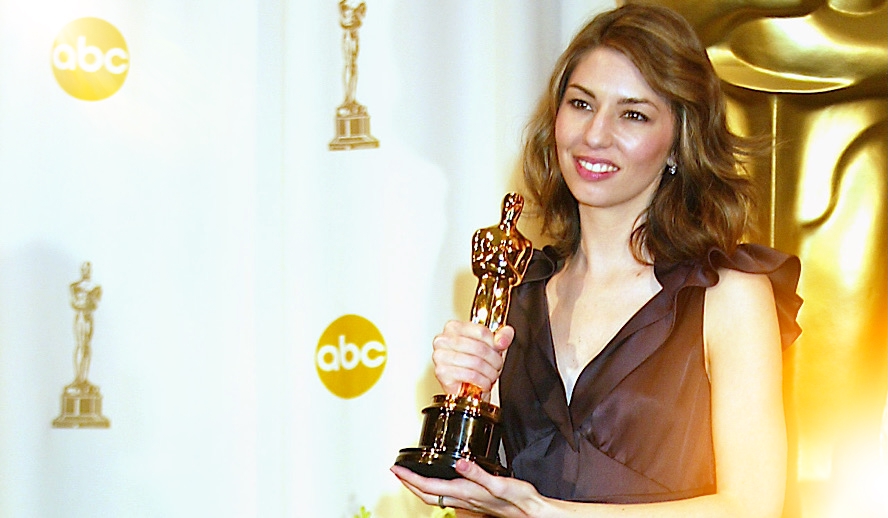 Photo/Video: Sofia Coppola With Her Academy Award for Best Director in 2003 for ‘Lost in Translation’/Featureflash Photo Agency/Hollywood Insider YouTube Channel

In honor of, and beyond, Women’s History Month.

It has been quite clear that the Academy Awards and HFPA have a long way to go in terms of equality and diversity. While we, collectively as a society, do our best to strive forward for a real and diverse representation, we must also recognize the people that have broken glass ceilings and done their part to destroy barriers. With director Chloe Zhao’s historic win at Golden Globes 2021 by being the first Asian woman to win Best Director for ‘Nomadland’ and also the only second woman to win after Barbra Streisand had won over 30 years ago for ‘Yentl’. Chloe Zhao’s Golden Globes victory has made her the frontrunner to win the Oscar for Best Director, which will make her the 2nd woman to win an Academy Award for Best Director. In honor of respecting and highlighting people and moments that have broken glass ceilings and barriers, we would like to pay tribute to Sofia Coppola, who has won multiple awards for directing and writing, including an Oscar award for Best Screenplay for ‘Lost in Translation’.

Sofia Coppola has been described as “soft-spoken but in control” on set, a directing style that is clearly reflected in her films. Coppola has carved out a path in Hollywood not only as a talented, critically-acclaimed female director, but one who is also able to make the films she wishes to (unfortunately, still a rather uncommon opportunity for women in the industry). Coppola has always favored smaller, indie-style films that give her creative control over her stories. These showcase female perspectives and Coppola’s distinct style of muted, pastel colors, natural light, and themes of isolation and loneliness.

Sofia Coppola – From Actress to Director

Sofia Carmina Coppola was born in 1971 to Hollywood royalty. The youngest child of legendary director Francis Ford Coppola (‘The Godfather’, ‘Apocalypse Now’) and documentary filmmaker and artist Eleanor Coppola, Coppola began her career as an actress. From an early age, she was playing small parts in her father’s films under the name Domino Coppola, including ‘The Outsiders’, ‘Rumble Fish’, and ‘The Cotton Club’. Coppola also appeared in ‘The Godfather’ and ‘The Godfather Part II’ in uncredited roles. The baby from the infamous baptism scene? That’s Sofia. Coppola would later step into the larger role of Mary Corleone in ‘The Godfather Part III’, but the negative response to her performance all but ended her acting career.

Coppola would turn her attention to writing and directing instead. While she was the daughter of one of the greatest filmmakers of all time, Coppola went on to carve her own path and find her unique voice. She secured her place in the film canon with talent and drive, not nepotism, as proved by her very first feature ‘The Virgin Suicides’. The film played at Cannes Film Festival in 1999 and was nominated for both the Golden Camera and C.I.C.A.E. Award.

Coppola’s sophomore feature would also become her most famous –  the 2003 comedy-drama ‘Lost in Translation’. Written and directed by Coppola, this tale of an aging movie star and a lonely young woman was nominated for four Oscars, making Coppola the third female director to be nominated for Best Director after Lina Wertmüller for ‘Seven Beauties’ (1975) and Jane Campion for ‘The Piano’ (1993). She would take home the Oscar for Best Screenplay the same year.

Coppola refused to make the film without Bill Murray, who she had had in mind when writing the character of Bob Harris, “We went to Tokyo and were spending money in the hope that he would show up,” Coppola said in an interview with Indiewire. “I don’t even know how we got our financing without a contract. I was determined and probably spent a year trying to track him down. People were trying to give me other options but I was set that I wasn’t going to make the movie if he wasn’t doing it and I really wanted to make this movie, so I had to find him.”

After a year of chasing, Murray eventually signed on to star opposite Scarlett Johansson (‘Black Widow’, ‘Jojo Rabbit’), in this unconventional indie love story that captured the hearts of its audience and soared to critical and commercial success.

‘Lost in Translation’ wasn’t Coppola’s only film of the 2000s. The writer-director followed up her seminal work with the 2006 drama, ‘Marie Antoinette’, with the titular role played by Kirsten Dunst. This extravagant, modernized film about the teenage queen took home the Oscar for Best Achievement in Costume Design and landed Coppola a nomination for the prestigious Palm d’Or at the 2006 Cannes Films Festival.

Coppola burst into the 2010s with ‘Somewhere’, a tale of a passionless Hollywood actor (Stephen Dorff) who is reunited with his eleven-year-old daughter (Elle Fanning). The film, which took home the Venice Film Festival’s Golden Lion, borrowed from Coppola’s own experiences of being a child of Hollywood, and was followed up three years later by ‘The Bling Ring’. This crime-based biography was inspired by the real-life Hollywood Hills Burglar Bunch.

The film combined a talented cast to play the teenage criminals (Emma Watson, Israel Broussard, Katie Chang) with real-life celebrities as themselves, including Paris Hilton, Lindsey Lohan, and Coppola-regular Kirsten Dunst. Coppola would also cast Dunst in her next feature, the period thriller ‘The Beguiled’ (2017), which also starred Nicole Kidman and Colin Farrell. The film would win her Best Director at Cannes Film Festival in 2017; the second woman to claim this prize, the first being Russian director Yuliya Solntseva for ‘The Flaming Years’ (1961).

Coppola’s artistic endeavors are not limited to films, however. She has also shown a keen eye and aptitude for fashion, designing a line of handbags for Louis Vuitton in 2008, with her own personal style being the inspiration for hundreds of Pinterest boards. She interned for Chanel in Paris when she was only fifteen, and Marc Jacobs has referred to her as his muse. She would take this knowledge of fashion to the stage in 2016, where she directed her first opera, Giuseppe Verdi’s ‘La traviata’, with costume design by Valentino.

Coppola’s career is far from over. At only forty-nine years old, Coppola has already had the success that most writer-directors can only dream of, and she doesn’t appear to be slowing down. In 2020, she released her newest collaboration with Bill Murray, ‘On the Rocks’, which paired the veteran actor with Rashida Jones (‘Parks and Recreation’, ‘The Social Network’). Jones and Murray play off each other wonderfully in this trademark Coppola slice-of-life take on a young mother reconnecting with her larger-than-life playboy father. Her latest project, a TV movie titled ‘The Custom of the Country’, is currently in pre-production.

In a male-dominated industry, Coppola’s quieter, female-centric films have been able to cut through the noise to cement the director’s place in film, and we can’t wait to see what gems she will create for us in the future.