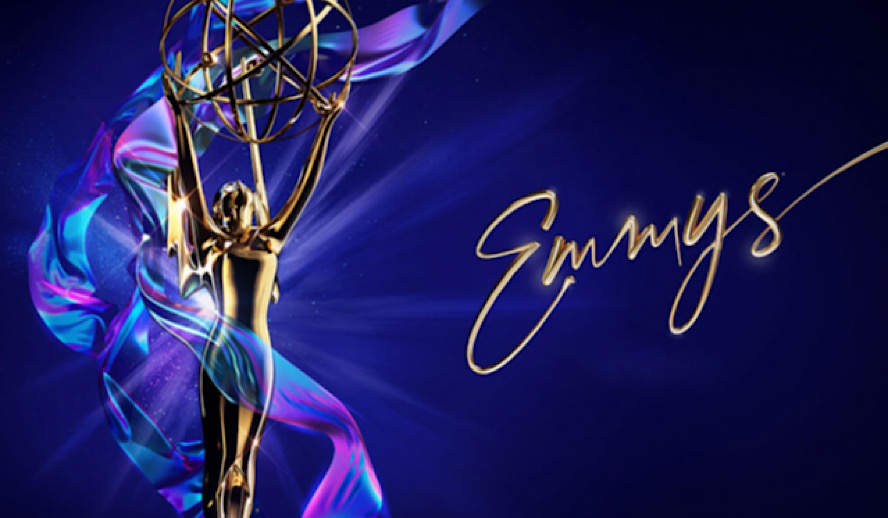 What Made Emmys 2020 Different?

Last night the Emmys rolled the dice. What had been the norm for the past 71 ceremonies could not work in the middle of a prospering pandemic; however, the Emmys decided to take the risk and put on a show despite the myriad of factors working against the award special. Jimmy Kimmel once again took center stage as host of the night, literally being the only performer on stage unless a celebrity presenter came out to announce a winner from a safe six feet away. Kimmel, along with guest stars, made the most of the awkward situation and proved to be an essential part of making this COVID-era Emmys a functioning one. The Emmys were not afraid to call out the bizarreness of the situation, in fact, presenters often played up the irregularity of it all to address the viral elephant in the room and let the audience ease into an award show unlike any that the Emmys have put on before.

The Emmys took on the pandemic right out of the gate as the show began with Kimmel exclaiming, “Hello, and welcome to the Pand-Emmys!” A simple, cute pun that actually does a lot of work setting the tone for a show determined to be a light in the middle of a seemingly unending sharknado. Some of Kimmel’s other jabs at the current state of our world included, “You know what they say, you can’t have a virus without a host.” Most poignantly, Kimmel pointed out, “What’s happening tonight is not important. It’s not gonna stop COVID, it’s not gonna put out the fires, but it’s fun. And I think now we need fun.” The Emmys have always been an over-the-top, over-indulgent night of shallow bliss; however, Kimmel is right on in his assessment of why the Emmys are actually crucial this year- they are fun, and we all need some fun right now.

In addition to Kimmel’s opening remarks, several other memorable moments came with the presentations during the Emmys. Anthony Anderson had one of the most notable presentations as he took the time to discuss how the global pandemic got in the way of what would have been the “Blackest Emmys ever.” Anderson explained, “We would’ve had speeches quoting our great poets like Maya Angelou, Langston Hughes, Cardi B. WAP, Jimmy, WAP!” Anderson then used his time on stage to share his support of the Black Lives Matter movement, even getting Kimmel to join in on chanting “Black Lives Matter!” David Letterman also had a memorable segment when he presented the Emmy for Outstanding Variety Talk Series, apparently standing in the middle of nowhere.

Letterman joined in on poking fun at the absurdity of the night reading a handful of standup jokes from Emmys’ past, and the absence of an audience’s laughter cleverly highlighted both the strangeness of the award show’s current situation as well as the silliness of a normal Emmys award show, even before a global pandemic. A final moment of many worth noting was Tyler Perry’s acceptance of the Governor’s Award. Celebrated for his extensive list of achievements, Perry noted how he has always been battling the struggle of being an emerging Black creator in the entertainment industry, but he remains hopeful for the future due to the work he was able to accomplish over his career. Perry specifically noted how he made sure that Black people were represented both on and off-screen in his productions, and saliently recognized the significance of him owning a studio lot on what was once confederate land. Perry’s achievement, along with several of the winners and nominees from last night’s Emmys, prove that there is some evidence to back up Perry’s hopeful disposition.

Although last night’s presenters and speakers had a great deal of hilarious, inspiring, and resonant material, undoubtedly the most memorable moments of this year’s Emmy Awards, and every year’s Emmy Awards, are the winners. There were many great upsets: Jennifer Anniston left without another Emmy, Succession did not sweep with the same veracity many predicted it would, and Meryl Streep actually lost an award! While some of these losses may have been a tough pill to swallow for die-hard fans of Anniston and Streep, there were plenty of wins from last night’s ceremony that are worthy of celebration. The most exciting win of the night, at least according to Twitter, was Zendaya’s for the category of Outstanding Lead in a Drama Series.

Beating out some powerhouse competition found in fellow nominees like Jennifer Anniston and Olivia Colman, Zendaya made history this year as the youngest recipient for this category ever. Zendaya’s win was not only a shock to many but a beacon of hope for young people of color. “I know this feels like a really weird time to be celebrating, but I just wanna say that there is hope in the young people out there.” Zendaya implored passionately, “I know that our TV show isn’t always a great example of that, but there is hope in the young people and I just wanna say to all my peers out there doing the work in the streets, ‘I see you, I admire you, I thank you.’”

The last, and perhaps most relevant, big winner of the 72nd Emmys was Watchmen. Receiving an extraordinary 11 Emmys last night, including Outstanding Limited Series and Outstanding Lead Actress in a Limited Series for Regina King, Watchmen solidified itself as a must-watch series. King’s win celebrates the amazing work shows like Watchmen have done this year in highlighting new, progressive stories that challenge us all to think bigger in these already challenging times. This year’s Emmys were not perfect, but that is never what they have been about! Last night’s ceremony served as a welcomed escape and as a beacon of hope for where the future of television can take us, granted there is still a future left. Regina King compiled all of the frantic energy of this year’s unprecedented Emmys and put it best in the opening line of her acceptance speech, “This is so freaking weird.”