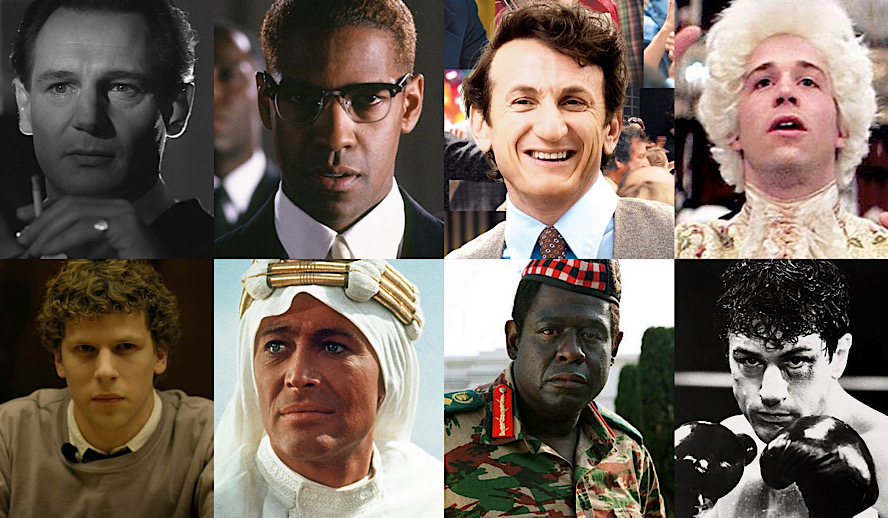 One of the most popular types of film in Cinema history is the Biopic. This genre dramatizes the life of a non-fictional person, usually a public or historical figure. The people depicted over the years in film vary from Kings and Queens from the middle ages to contemporary figures still alive today. The movies from their stories can be important reminders of people and events that shaped our history.

Regardless of whom the film focuses on, the classic elements of a Biopic tend to be the personal lives of the characters and the confrontation and obstacles that challenge their pursuits. The themes explored in these films often resonate throughout time. Biopics are a meaningful way to honor the lives and stories of people that should be remembered and recognized today. However, not all of them should be remembered fondly. Below is a list of ten films representing outstanding Biopics that show the best of humanity and warn against the worst.

‘Schindler’s List’ is often in the ranking of best films ever made. This Steven Spielberg directed Biopic won seven Oscars, including Best Picture and Best Director. The film follows a German industrialist, Oskar Schindler, as he and his wife, Emilie Schindler, save more than a thousand Jewish refugees from the Holocaust by employing them in their factories.

Denzel Washington has portrayed many historical figures in his movie career, but his performance as Malcolm X in this Spike Lee-directed Biopic stands out. The film captures the span of the African-American activist’s life from childhood to his assassination. It is an important movie in film history and an essential story of American history.

Mark Zuckerberg, the founder of Facebook, is the only person featured in this list still alive today. The film, ‘The Social Network,’ depicts the period in Zuckerberg’s life as he develops the social media website that now has over a billion users. It starts with the Facebook founder dealing with two lawsuits against him and flashes back to the events they cover.

Related article: ‘The Social Network’: 10 Years Anniversary of the Film, Where Are Facebook Founders Now?

Acting legend Peter O’Toole portrays T.E. Lawrence in the 1963 Best Picture-winning film ‘Lawrence of Arabia.’ The movie is a classic in film history and depicts Lawrence’s experiences in the Ottoman Empire during World War I. It delves into his emotional struggles with violence in war and his allegiance between Britain and his friendship with the Arabian desert tribes.

The story of ‘Amadeus’ takes place in Austria during the latter half of the 18th century. It follows a fictional rivalry between composers Mozart and Antonio Salieri. While the film follows a fictional rivalry, it brilliantly captures the life and music of Wolfgang Amadeus Mozart. For those who don’t know the story, Mozart was a rebel of the times. The film won 8 Oscars.

Several films depict the exploits of astronauts in space, but ‘Hidden Figures’ captures the essential role a team of African-American female mathematicians played in NASA history. The film captures the vital work of Katherine G. Johnson, Dorothy Vaughan, and Mary Jackson in the times of the Space Race between the USSR and America.

Not all Biopics have happy endings or depict the lives of admirable people. Some of the films earlier in this list embody one or the other of these descriptions, but ‘Raging Bull’ covers both. The Martin Scorsese film starring Robert De Niro recounts the life of Jake LaMotta, whose violence and temper brought him to the top of the boxing world and destroyed his life outside it.

David Lynch is typically associated as the creator of the cult classic ‘Twin Peaks.’ While many film buffs know his vast array of work, the movie ‘The Elephant Man’ can often be overlooked. ‘The Elephant Man’ tells the story of a heavily disfigured man and the humanity behind his monstrous appearance. It was nominated for eight Oscars and had brilliant performances from Anthony Hopkins, John Hurt, and Anne Bancroft.

The Last King of Scotland

Some films create a lot of buzz when they first come out but get lost in the crowd as the years pass. ‘The Last King of Scotland’ is a significant film that covers many relevant themes in modern times. This brilliant movie about the regime of Ugandan dictator Idi Amin has top performances from Oscar-winner Forest Whitaker, James McAvoy, Kerry Washington, and David Oyelowo.

One of the beautiful things about Biopics is the opportunity to bring to light the important stories of people who wouldn’t be known by modern audiences. ‘Milk’ captures the story of California’s first openly gay elected official, Harvey Milk, and the struggles he faced as an activist for gay rights. The film won two Oscars, but it is another film that is often overlooked.

Many films that fall under the category of Biopic are worthy of a top ten list. It is hard to leave out the numerous movies deserving recognition. The honorable mentions list is there to try to pick out some of the films that were passed over. That doesn’t mean they are not deserving of being highlighted, though, and there are many more films that weren’t recognized in this article that are worthy of notice.

The films we delved into here are there to whet the appetite and point out some of the profound moves in the cannon of Biopics. We hope that the movies above will provide a satisfactory sample of this significant category of film. They are a crucial part of highlighting our history and should be a springboard for looking into and researching our past.

What is your favorite Biopic? Who would you like to see featured in an upcoming Biopic?