The Five Best and Most Influential Asian American Filmmakers in Hollywood 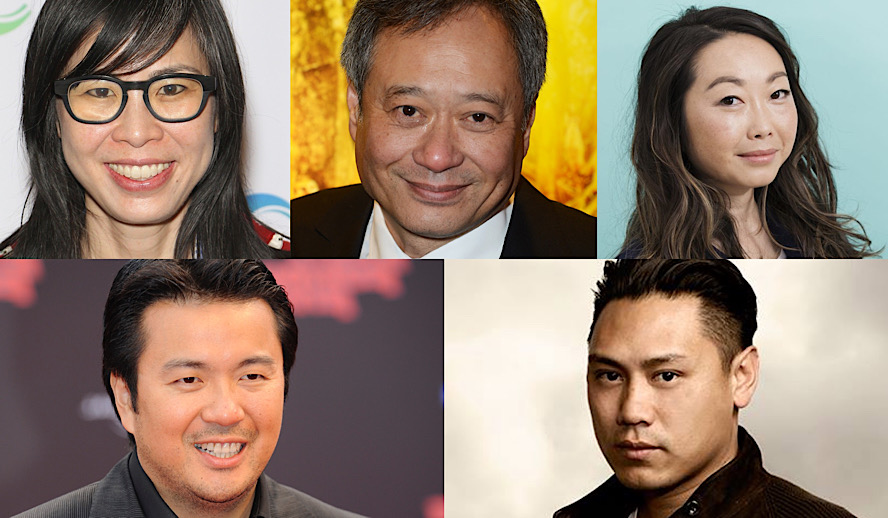 The Lunar New Year, otherwise known as Chinese New Year, was recently celebrated on February 12th. While the Gregorian calendar declares January 1st as the first day of the new year, and has since become the most widespread day of celebration, many Asian countries don’t celebrate it. Instead, they celebrate the first day of the Chinese lunisolar calendar which changes every year.

While the West believes in 12 astrological signs, or the zodiac, the Chinese believe strongly in their own cycle of 12 signs. Unlike Western astrology, all of the Chinese zodiacs are animals and rotate each year. Western astrology contains animal signs as well other symbols and rotates every month or so. In Chinese astrology, 2021 is the year of the ox, a year that is traditionally calm and stable.

Inspired by this holiday, I decided to compile a list of the five best and most influential Asian American filmmakers in the industry today, in no particular order. While some are more up-and-coming and some are more established, each filmmaker has had a large impact on the film industry.

Arguably the filmmaker with the fastest breakthrough, Lulu Wang’s name has become a synonym for Asian representation. While her career started over a decade ago in college, Wang’s directorial debut occurred in 2014 with her film ‘Posthumous’. It wasn’t until 2019’s ‘The Farewell’ that Wang became a household name for her work. ‘The Farewell’ focuses on Billi (Awkwafina) and her family as they try to hide a cancer diagnosis from Billi’s grandmother.

One of the greatest lesbian love stories, ‘Saving Face’ was created by director Alice Wu. The film received positive reviews, but stayed somewhat of an underground film. Just like the LGBTQ+ film genre, ‘Saving Face’ has been buried by other 2004 films but is a diamond in the rubble. Partly because of the time period, ‘Saving Face’ never became a household name at the time.

However, that’s not to say the film was not influential. ‘Saving Face’ was a rare film that showcased a minority romance, as well as focusing on women-loving-women. There are only a handful of POC films about bisexual or lesbian women, even fewer that were released by a big studio like Sony. There were no films like ‘Saving Face’ at the time, which scared many people away. At the time, gay marriage was still illegal in the United States and the market for a film like this was small.

Wu’s writing and directing skills were exceptional and the film managed to kick start her career. It was another decade and a half before she would make another feature, mainly because of family issues. In 2020, Netflix released ‘The Half of It’, Wu’s comeback film. Now, the world was ready for Wu’s talent.

‘The Half of It’ was a smashing success, for instance, its star, Leah Lewis, gained over 300,000 Instagram followers since the release of the movie. The movie managed to hit rare plot points, highlighting an Asian story as well as including an LGBTQ+ love story. While Wu’s discography isn’t as big as some of these other filmmakers, Wu’s films have always been acclaimed. No one is making double-minority stories like her, especially centered around lesbian and bisexual women. She is providing representation for millions of Asian women who have never been seen before and who have never had film show stories like theirs.

In 2018, Jon M. Chu directed ‘Crazy Rich Asians’, the first big studio film to feature a majority cast of Asian descent since ‘The Joy Luck Club’. Over twenty years had passed in between movies and Jon M. Chu proved that Asian representation was needed and would be well-received. ‘Crazy Rich Asians’ grossed around $238 million against a budget of $30 million. This success led it to be the most commercially successful romantic-comedy of the 2010s, 8 years into the decade.

Jon M. Chu’s film catapulted Asian careers, making stars instantly of Constance Wu, Henry Golding, and Awkwafina. The success of this film made a huge statement to Hollywood, that Asian stories were needed and wanted. Within the first week of release, the sequel to ‘Crazy Rich Asians’ was confirmed and is currently in development.

Justin Lin is best known for his work on the Fast & Furious franchise, having directed over five of the nine films and rumored to direct the 10th film. Overall, his films have grossed over 2 billion dollars worldwide. He first brought attention to Asian Americans in his film ‘Better Luck Tomorrow’ which featured an almost all Asian cast.

Along with his directing work for the Fast & Furious series, he has also directed ‘Star Trek Beyond’. Justin Lin pushed for better representation of Asian Americans, which contributed to many characters like Han Lue being created.

Ang Lee was quite literally the blueprint for many of these Asian American stories. Lee received early success with films like ‘Pushing Hands’ and ‘The Wedding Banquet’ (both films centered around Asian characters) but is best known for his films in the 21st century. ‘Brokeback Mountain’ is regarded as one of the best films of all time and as one of the best LGBTQ+ films to ever be made. For this film, Ang Lee won the Best Director Award at the Academy Awards, becoming the first non-white director to win ever. Also, the film became the most acclaimed film of 2005 and won over 70 awards.

Later Ang Lee would receive another Best Director Award for his role in 2012’s ‘Life of Pi’, a feat done almost a decade after ‘Brokeback Mountain’. In his three decades long career, Ang Lee’s films have won 3 Oscars, 5 Golden Globes, and 4 BAFTAs. Before any other of these directors, there was Ang Lee whose writing and directing has captured the hearts of millions.