Got Election On the Brain? Here’s The Best Political Movies and Shows To Escape 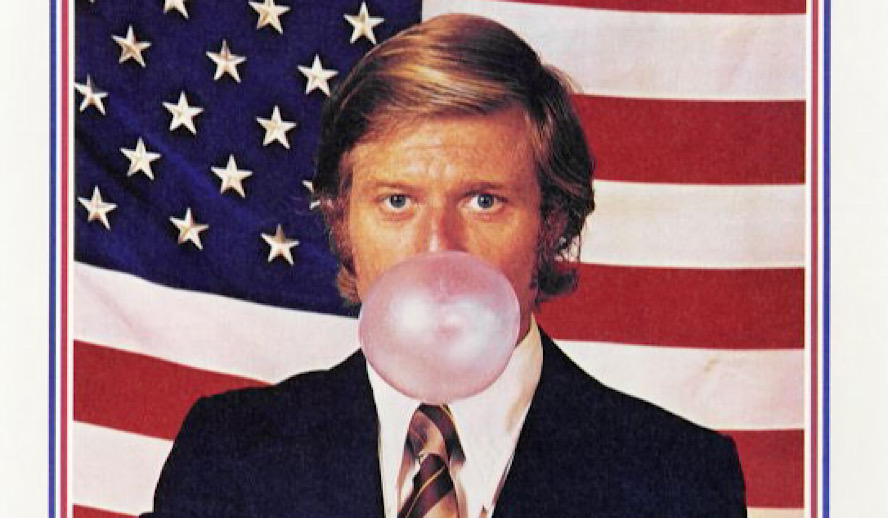 Obsessed with staying up to date on this year’s election, but desperate for a break? Don’t worry, there are plenty of political movies and shows with just enough edge to decompress in between panic attacks.

This has been one doozy of an election year. From surprise COVID diagnoses to mind-numbing debate performances featuring crazy glue-gripped flies, the 2020 election cycle has been a nonstop trainwreck that is undeniably, and unfortunately, extremely captivating.  Every time it appears as though the dust is settling and the race for the White House is steadying, BAM! Trump has contracted coronavirus and BAM! Biden is suddenly selling fly swatters. Has this all really gone down in less than 2 weeks and are all the fly swatters really sold out already? It has been an absolutely tumultuous couple of months and many have fallen down the rabbit hole of political chaos, addicted to being on the pulse of the Trump and Biden campaigns, desperate to be the first to know what is going to shake up this race next.

While this is a safe space and there is no judgment for those political fanatics here, now might be a good time to take a little break from the news and polls. It can be easy to get carried away by the headlines of the impending election, and it is important to stay active in the process, but there are still a few weeks to go and it is important to take some time off as well! Going cold-turkey is hard, so here’s a comprehensive list of outstanding politically themed films and television series to trick your mind into relaxing without depriving it of the legislative thrill it has nonsensically become accustomed to.

For The Politically Escapist

Although it may be true that we are living in an era that only caters to intense political polarity, in the world of entertainment there are actually plenty of films and shows that are just barely politically focused. For those that are looking for a title to watch that contains some governmental themes but are really just looking to be entertained, here are some stellar options. The first is the 1999 film, Election. Starring Reese Witherspoon and Matthew Broderick, the dark comedy has proved itself to be a timeless classic as it has garnered universal critical acclaim and a massive cult following over the past 20 years. The film follows Witherspoon’s character, Tracy Flick, an overachieving and potentially irritatingly ambitious high school student running for class president. Tracy’s campaign finds complications when Broderick’s character, an uptight teacher who is not a fan of Tracy, begins to sabotage her election attempt. Full of drama, bizarre humor, and a wealth of star power, Election is a fantastic film with just the right amount of political duplicity.

In addition to films, there are plenty of TV shows that fall into the “slightly political” category. The first excellent example is NBC’s beloved sitcom Parks and Recreation. This show follows the life of Leslie Knope, a hardworking and tireless public servant played by comedy legend, Amy Poehler. This series served as a bungee for several noteworthy stars like Chris Pratt, Aubrey Plaza, and Aziz Ansari, who all got put on the map due to their work on Parks and Rec. This show is a great way to get in your political fix as it follows Leslie’s journey from Parks and Recreation department employee to a fully realized politician. With hilarious comedic twists on exciting governmental events like debates, town halls, and scandals, Parks and Recreation establishes itself as an extremely pleasant and endearing political satire far enough removed from the real world’s politics for anyone to enjoy.

For those only looking to partially unwind from the relentless barrage of current events, the next category of this list highlights movies and television shows that take on the politically relevant and familiar subject matter while maintaining a crucial detachment from reality. These are the kinds of titles to watch when pregaming a debate or some polling results; they are great at getting you in the bureaucratic mindset as well as supplying purely engaging entertainment.

To kick off this subgenre is the sketch comedy giant, Saturday Night Live. The iconic series most well-known for its legendary characters and off-the-wall scenes has taken on an unprecedented role in political satire over the past decade. Although SNL was never shy to take on hard news, the show’s political commentary really began to thrive during the 2008 election cycle between Barack Obama and John McCain. There were great sketches focused on the presidential candidates that year; however, it was Tina Fey’s Sarah Palin impression that stood out as a true moment of genius.

Fey’s brilliant portrayal of vice presidential candidate Palin was an instant favorite among comedy fans and political junkies alike, and from then on SNL has dedicated a substantial portion of its airtime to the treasure trove that is the collaboration of comedy and politics. Saturday Night Live has had a field day with recent political events ranging from Alec Baldwin’s Emmy winning Donald Trump performance to Maya Rudolph’s viral Kamala Harris imitation. While SNL has succeeded in staying on the pulse of hot headlines, it is only moderately political as it never places government drama over the true priority and purpose of the series, uproarious comedy!

In a similar fashion, HBO’s Veep is a must-watch for fans of hilarious political satire. This series chronicles the fictitious political career of Vice President Selina Meyer, played by the incomparable Julia Louis-Dreyfus who nabbed an Emmy award for outstanding lead in a comedy for her performance in each season of the show up to its finale. Veep is exceptional in its balance of comedy and political intrigue, striking all of the most thrilling components of a fast-paced career in the White House while centering itself around a motley crew of witty, self-serving politicians. These characteristics make Veep similar to the film Vice for more than the obvious reasons. In addition to both titles focusing on the life of a Vice President of the United States, both the show and film masterfully maneuver the tightrope of reality and delusion. Vice tells an account of Vice President Dick Cheney’s experience during George W. Bush’s presidency. With an amazing cast that includes Christian Bale, Amy Adams, and Steve Carell, Vice does an effective job in portraying noteworthy events of United States’ history with infusions of reality-blurring sequences that prove the might of Adam McKay’s creative liberty. All of these entries are fantastic examples of political entertainment that put equal effort into both the political and the entertainment facets of their genre.

For The Politically Radical

Having covered some extraordinary, yet mild options to keep us entertained and politically satiated during the last weeks before the 2020 election, it is finally time to unveil a couple of picks for those who would rather dive deeper into their political psychosis. The first is 2012’s behemoth of a film, Lincoln. Coming in at an astounding 2 and a half hour runtime, Steven Spielberg’s epic tells the true story of President Abraham Lincoln trying to govern a country on the brink of collapse. Well into the Civil War, Spielberg exposes an inside look into the life of President Lincoln as he attempts to end the war and free the country’s slaves without sacrificing the wellbeing of his family and himself. Lincoln benefits from the phenomenal performances of Daniel Day-Lewis and Sally Field as the First Family, as well as Spielberg’s ambitious vision to fully immerse the audience in the world of 1800s United States politics. This film is captivating from beginning to end and is perfect for anyone looking to sink deeper into the expansive and treacherous history of the United States.

Finally, a film that demands the attention of politic-hungry audiences is Knock Down the House. This documentary archives the journey of four women, Alexandria Ocasio-Cortez, Cori Bush, Paula Jean Swearengin, and Amy Vilela, as they run their own grassroots campaigns during the 2018 United States congressional election. A necessary viewing for any fan of AOC, or anyone interested in the nitty-gritty details of running an underdog campaign, Knock Down the House provides an unprecedented look into what it takes to make a change in the U.S. government. From the heartbreaking personal anecdotes of the down-to-earth candidates to the exhilarating elation of victory, this film is unparalleled not only in its showing of the strength of these four women but also in its candid and revolutionary depiction of today’s government structure. Insightful and invigorating from beginning to end, Knock Down the House is a documentary that does more than simply educate its audience on events of the United States’ history- it involves them in it.