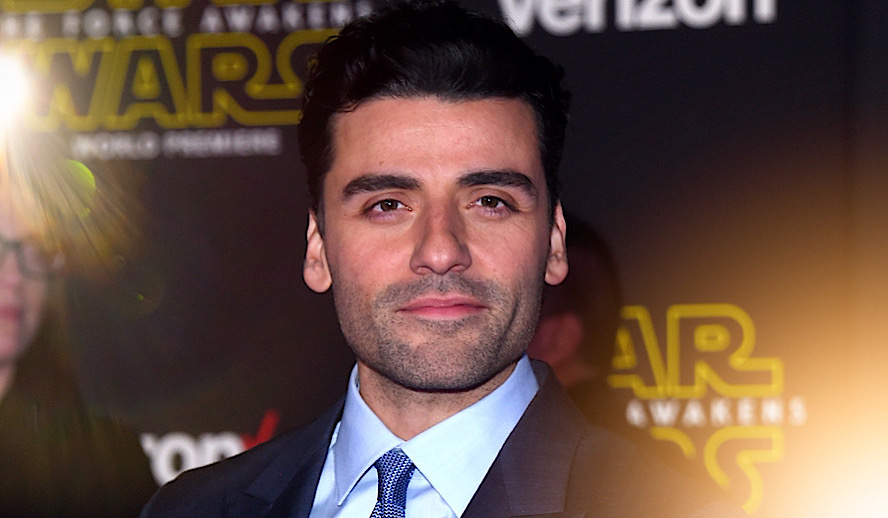 For some, Oscar Isaac was as fresh a face as Daisy Ridley and John Boyega when ‘The Force Awakens’ came out in 2015–initially presented as the spiritual successor to Harrison Ford’s Han Solo, he charmed audiences and broke into the mainstream with his portrayal of the “Maverick”-style Rebel flyboy, Poe Dameron.

Indie audiences and keen observers, on the other hand, may have recognized him from any one of the roles that had already cemented his abilities as a working actor in Hollywood–in Ridley Scott’s 2010 ‘Robin Hood’, for instance, he played the villain King John (portrayed as a lion in the beloved Disney cartoon). Evoking the “idea of Richard Nixon crossed with Robert Plant,” his performance here is reminiscent of Joaquin Phoenix’s Commodus from ‘Gladiator’–if only by opposing Russell Crowe in a Ridley Scott historical epic.

In 2011, he appeared in Nicolas Winding Refn’s ‘Drive’ opposite Carey Mulligan’s Irene as her troubled husband, Standard Gabriel. Recently released from prison and riddled with debt, it’s his botched heist with Ryan Gosling’s unnamed protagonist that sets the film into motion–he’s killed early on. To a minor, archetypal role that could easily be reduced to generics, Isaac brought a thoughtfulness that instilled the relatively small role with disproportionate dimensionality–he would do the same opposite Jeremy Renner in ‘The Bourne Legacy’, in which he’s also killed off early.

Partly out of consideration for character snubs such as these, director J.J. Abrams rewrote the death of Poe Dameron in ‘The Force Awakens’ to instead have Isaac join the saga’s main cast–but it wasn’t only for pity. Isaac would establish himself as an acting powerhouse with a few key roles that fully showcased the extent of his abilities, starting in 2013 with the Coen Brothers’ ‘Inside Llewyn Davis’.

Inspired in part by the autobiography of Dave Van Ronk, the mainstay of 1960s Greenwich Village folk music scene, the Coen Brothers initially set out to cast an established singer/songwriter for the role of Llewyn Davis à la ‘A Star is Born’–after discovering that Isaac could really play the guitar, they cast him instead.

The scenes in which Llewyn delivers soulful folk performances to the strums of his own guitar were in fact recorded live, but it’s really the authenticity that Isaac brings to the character’s exhaustion that carries the film. Chiefly concerned with finding an available couch to crash on for the night, Isaac’s Llewyn is not merely a sympathetic bum who’s down on his luck–he’s a victim of his own disagreeable nature.

J.C. Chandor’s ‘A Most Violent Year’ saw Isaac as Abel Morales, the owner of a small heating-oil company struggling to withstand the various pressures of the cutthroat New York City scene (this time taking place in 1981). Abel, intelligent and ambitious, differentiates himself from the majority of his sleazy competitors with a devotion to clean business tactics–it all threatens to come crashing down when his tanker trucks become targeted by armed hijackers.

Though he prides himself on his moral compass, we see that he may be motivated more so by ambition and practical gain than in necessarily doing the right thing–in the end, he proclaims that he’s always devoted himself to doing “the most right thing.” Starring opposite Jessica Chastain as his wife, Anna, Isaac masterfully portrays a man who doesn’t lie, cheat, or steal–but he may not be doing the right thing.

Here, Isaac’s ability to fully inhabit the mindsets of highly complex characters is put on full display–it all comes to a head in one of the most surreal dancing sequences to ever grace the silver screen. The world of ‘Ex Machina’ is his, and we’re only along for the ride.

Isaac will appear in Denis Villeneuve’s ‘Dune’ as Duke Leto Atreides, father of protagonist Paul Atreides (Timothée Chalamet)–the character has previously been portrayed by Jürgen Prochnow (who most famously starred as the U-boat captain in ‘Das Boot’) in David Lynch’s 1984 film and William Hurt (who actually played the Marshall under Isaac’s King John) in John Harrison’s 2000 TV miniseries. Isaac is obviously well-versed in sci-fi, but it’s his role in ‘A Most Violent Year’ that resonates most with Leto, the compassionate head of the noble Atreides family who’s given control of the most important and lucrative planet in the galaxy–Arrakis, or “Dune” itself.

Isaac is also set to star as the titular protagonist in Marvel Studios’ upcoming Disney+ series ‘Moon Knight’, though few specifics of the production are yet known. Moon Knight (A.K.A. Marc Spector) has drawn similarities to Batman, primarily in that they’re both “regular” people who rely on weapons and gadgets, but Moon Knight is decidedly distinct in a number of interesting ways. A former U.S. Marine and mercenary, he gains enhanced strength, endurance, and reflexes depending on the phase of the moon, having been blessed by the Egyptian moon god Khonshu–or was he?

It’s often ambiguous as to whether or not Khonshu really exists or if it’s merely a figment of Moon Knight’s severe mental illness, depicted as multiple personalities à la dissociative identity disorder. The character is comparatively lesser-known, but that didn’t stop ‘Ant-Man’, ‘Doctor Strange’, or ‘Guardians of the Galaxy’ from being surprise hits.

Finally, Isaac is set to star as Solid Snake, the protagonist of Konami’s ‘Metal Gear’ franchise in the upcoming live-action adaptation–it’s been rumored about since creator Hideo Kojima initially announced it all the way back in 2006, but it’s finally been confirmed, with director Jordan Vogt-Roberts (‘Kong: Skull Island’) co-writing the story with Derek Connolly (‘Jurassic World’, ‘Pokémon Detective Pikachu’, ‘Star Wars: The Rise of Skywalker’). Solid Snake is one of the most iconic protagonists in video game history ( ! ), but Isaac is a solid casting choice that eases the anticipation for this long-awaited adaptation.

While he continues to thrive in the realm of blockbusters, he also indulges in the dramatic–he’s set to reunite with Jessica Chastain in the HBO miniseries ‘Scenes from a Marriage’, written and directed by Hagai Levi and adapted from Ingmar Bergman’s 1973 Swedish miniseries of the same name.

He also frequently collaborates with actor/writer/director Brian Petsos on dark and dramatic comedy, most recently with the short film ‘The Letter Room’ in 2020, directed by Elvira Lind and co-starring Petsos and Alia Shawkat. Isaac is set to appear in the upcoming dark comedy ‘Big Gold Brick’, written and directed by Petsos in his directorial debut and co-starring Megan Fox and Andy Garcia.