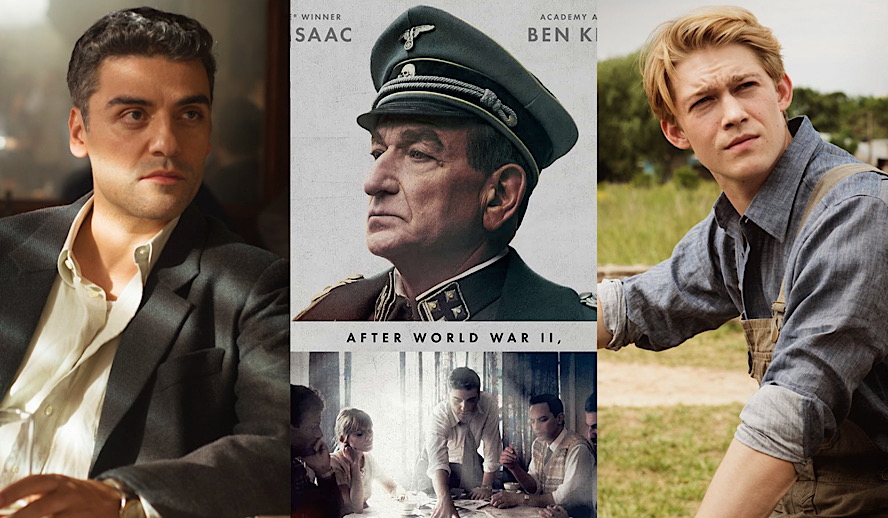 Fifteen years after World War II ended, a team of Israeli intelligence officers covertly traveled to Argentina during the 150th anniversary of its revolution against Spain. The celebrations provided cover for their plan to capture the head of the SS “Office of Jewish Affairs,” Nazi war criminal Adolf Eichmann, the architect of Hitler’s “Final Solution to the Jewish Question” who was responsible for the deaths of millions of Jews. After the war ended, Eichmann had escaped from an American prisoner of war camp and evaded being brought to justice at the Nuremberg trials. By 1960, he was living with his wife and children in Buenos Aires and working at a Mercedes-Benz factory under the alias Ricardo Klement.

The Mossad in Israel received a tip early in 1960 that Klement was actually Eichmann and they formulated a plan to catch him: they would abduct him, sedate him, disguise him as an airline pilot, and take him to Israel to be tried for his war crimes, crimes against humanity, and crimes against the Jewish people. Mossad Agent Peter Malkin was essential in this endeavor by getting Eichmann to sign a document saying he would agree to be taken to Israel and tried there. Mossad’s plan was successful and Eichmann’s trial began in Jerusalem on April 11, 1961. It was one of the first trials in history to be completely televised and for many, it brought to light the full extent of the horrific atrocities committed by the Nazis during the Holocaust. Eichmann was found guilty on all counts and hanged on June 1, 1962.

The True Story of Adolf Eichmann’s Capture by Mossad Agents

‘Operation Finale’ (2018) tells the true story of Mossad agents’ discovery of Eichmann in Argentina, the formulation and execution of their plan to capture him, Malkin’s attempts to get Eichmann to sign the document, and their endeavor to smuggle him out of the country to stand trial in Israel. Oscar Isaac stars as Peter Malkin and portrays him with his signature roguish charm combined with stark gravitas. Ben Kingsley brings the “banality of evil” to an aging Adolf Eichmann, whose seemingly ordinary and at times feeble demeanor are as sickening as when Eichmann insists to Malkin that he was “just following orders.”

The team gathers in Israel and includes Isser (Lior Raz), Rafi (Nick Kroll), and Hanna (Mélanie Laurent), the doctor who will sedate Eichmann. Prime Minister David Ben-Gurion (Simon Russell Beale) offers the agents a stirring call to arms: “If you succeed…we deny the world the chance to let Eichmann’s murderous edicts sink into obscurity. For the first time in our history, we will judge our executioner. We will also warn off any who may wish to follow his example. If you fail…he escapes justice. Perhaps forever. For the sake of our people, I beg you, do not fail.” At Ben-Gurion’s behest, the team prepares to depart for their mission.

There is something almost playful about the montage of spycraft preparations: making the forged passports and hand-sewing the bindings, the agents converging on Buenos Aires from different countries with their journeys charted by dotted arrows on a map, the retro sunglasses, and Hanna’s headscarf to further obscure their identities, and Alexandre Desplat’s whimsical and thrilling score to tie it all together. But underneath these lighthearted events lies the more sinister heart of the film. The agents all regroup at the safehouse and kick the next phase of their plan into action.

They spend several days surveilling Ricardo Klement to find the best time to grab him. It’s not until after they’ve successfully kidnapped him and taken him to the safe house that they confirm Klement is indeed Eichmann. Knowing they have their man, the team is prepared to sedate him, sneak him onto a plane dressed as an Israeli airline worker, and fly him back to Israel where he will stand trial. Then they hit a snag. The Israeli airline El Al won’t fly Eichmann to Israel without his signature of consent to be tried there.

Eichmann’s refusal to sign launches the film into its next act. After the designated interrogator fails to make progress with regular interrogation techniques of scare tactics and intimidation, Malkin decides to try a different approach. No one but the designated interrogator is supposed to speak to Eichmann or let him see them, but Malkin removes the blacked-out goggles covering his eyes and speaks frankly with him about why he won’t sign the document. A chilling tête-à-tête between Malkin and Eichmann ensues over several days as Malkin appeals to Eichmann’s desire to be treated humanely, and the irony is never lost on Malkin, who shares a cigarette with him, shaves him with a straight razor in a particularly suspenseful scene, and reveals to Eichmann that he lost his sister Fruma (Rita Pauls) and her three children during the Holocaust.

Though Malkin would just as easily kill Eichmann as look at him, Malkin is ultimately successful in getting Eichmann to sign. In an interview with NPR, Kingsley said of Malkin and Eichmann’s relationship, “They are both committed to manipulating the other. This head-on collision of manipulative forces provides the central drama of the film. And fortunately, it is Peter Malkin’s restraint that allows Eichmann to get from Buenos Aires to Jerusalem and to stand trial. But the tension between those two characters is palpable.”

‘Operation Finale’ depicts the events of Eichmann’s capture in 1960 with great historical accuracy enhanced by the obligatory added Hollywood flair of dramatized narrative suspense. The cast movingly portrays these characters so that the Holocaust and the people murdered by its perpetrators will not be forgotten. Director Chris Weitz said in an interview, “With the resurgence of right-wing authoritarian movements around the world, and the anti-immigrant sentiment that goes along with it, the movie feels perennial and not something unique to 1930s Germany. ‘Operation Finale’ isn’t just a museum piece, it has things to say about today.”