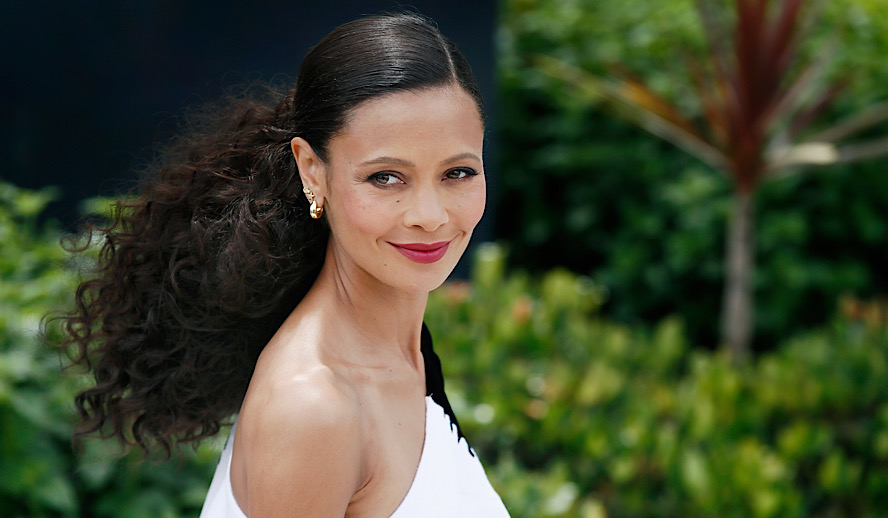 Thandiwe Newton – Does The Stage Name Have a Place in The Industry Anymore?

In a Vogue feature published earlier this month, the actress formerly known as Thandie Newton came clean about the misspelling of her name. By embracing the authentic Zimbabwean spelling of her name, ‘Westworld’ star Thandiwe Newton is setting a wonderful example for anyone whose name is not conventionally “Hollywood.” Working in fast-paced high-pressure jobs in the industry, even I have felt that it would make everyone’s lives easier if my nineteen-letter name were shortened.

Thankfully though, it has become more commonplace to question what conventionally Hollywood even means in today’s world and to take steps to expel it completely. As we do so, it might be helpful to take a look back to the roots of the issue and explore Hollywood’s sticky past with its stars’ names.

The act of shortening names in Hollywood is a tale as old as Hollywood itself. Nearly every biopic includes a scene where the singer or actor must choose a stage name, something memorable that just glides off the tongue. The 1954 version (hands down the best) of ‘A Star is Born’ has a particularly meta-moment. It’s the unforgettable scene when Judy Garland’s Ester Blodgett, newly contracted with a major studio, receives her paycheck for the week along with another slip of paper, her new name: Vicki Lester.

The sting of this scene, and the entire movie quite frankly, sets in when one takes into consideration Garland herself, a product of the studio system whose real name was Frances Ethel Gumm. If Western names like hers were regularly being changed, where they got Marilyn Monroe from Norma Jeane Mortenson is still a mystery, anyone with a slightly “foreign” sounding name did not stand a chance. In a time when diversity was all but nonexistent, the movies were a reflection of an America which believed that beauty and white skin were mutually inclusive.

Forever iconized in films like ‘Gilda’, Rita Hayworth was one of Hollywood’s go-to bombshells. The daughter of a Spanish dancer, Rita was born Margarita Carmen Cansino. Hayworth adopted her mother’s maiden name to embrace her American-British ancestry and help not be limited to roles that were then deemed “exotic.” Hayworth also famously had to get her hairline raised through electrolysis to make her give her a more “American” forehead.

EGOT recipient and overall badass Rita Moreno is another famous Rita who struggled to fit in in old Hollywood. Born in Humaco Puerto Rico as Rosa Alverío Marcano, she is pretty much the only Puerto Rican in ‘West Side Story’. Her beloved performance as Anita made her the first Puerto Rican to ever win an Oscar, however, after her historic win, she found herself still being offered only stereotypical Latina roles. This led her to take a seven-year break from the industry following 1961. She is set to appear in Steven Spielberg’s remake of West Side Story, coming to theatres on December 10, 2021.

What’s in a Name? These Actors Have it Figured Out

Even in a more modern age, celebrities have still shortened or changed their names. Natalie Portman was born in Jerusalem as Natalie Hershlag, and Lea Michele’s real last name is Sarfati.

When he was struggling to gain representation as a child, one agent suggested Leonardo DiCaprio shorten his name to Lenny Williams. Safe to say he made the right choice to ignore the advice, it’s hard to imagine a world where a guy named Lenny Williams is the star of ‘Titanic.’ Then again, maybe being a white male placed him at a slightly greater advantage he knew he could use to overcome any confusion about his name (look no further than Arnold Schwarzenegger.)

Honorable mentions must be made to Saoirse Ronan, and Domhnall Gleeson, two Irish actors who have become film household names despite extremely misleading spelling. Then there are the individuals who have not compromised their identity and despite being actors of colors and having to deal with the setbacks that have come with being so. Chiwetel Ejiofor was born to Nigerian parents of Igbo descent. Do yourself a favor and watch this clip on how to properly pronounce one of the finest actors our generation’s name. Quvenzhané Wallis is the all-time youngest person to ever be nominated for the Best Actress Oscar for her role in ‘Beasts of the Southern Wild.’

Only six while filming the movie, she brought an authenticity necessary for the role that only comes from being a child without a care in the world if people can pronounce her name. Lupita Nyong’owas named one of Forbes Africa’s 50 Most Powerful Women in 2020. The graceful and gifted actress has had no problem keeping the diacritic in her last name. Coincidently, all three of these actors appeared in Steve McQueen’s ‘12 Years a Slave’, Nyong’o winning the Oscar for Best Supporting Actress. By embracing their real names, these actors have aided in culturally diverse on-screen representation.

Newton’s decision has inspired another actress, formerly knowns as Tanya Fear, to embrace her real name. Tanyaradzwa Fear, known for her work on ‘Doctor Who’ came clean about her name in a tweet which also revealed her name means ‘we have been comforted’, a touching tribute her family made because she was born the same year her grandfather died.

Newton’s move is not just about names, but Hollywood itself. Conversations about diversity are taking center stage, it’s actually surprising how long it took for the topic of names to gain recognition. If the industry is moving towards authenticity and inclusion, is there really a place for stage names anymore? When a name is changed or shortened, it is generally done to compromise to some norm of white, English-exclusive America or Britain, a norm that so many industry leaders claim they are leaving in the past. Allowing and encouraging industry professionals to own their identity is a start to ensure it stays there.