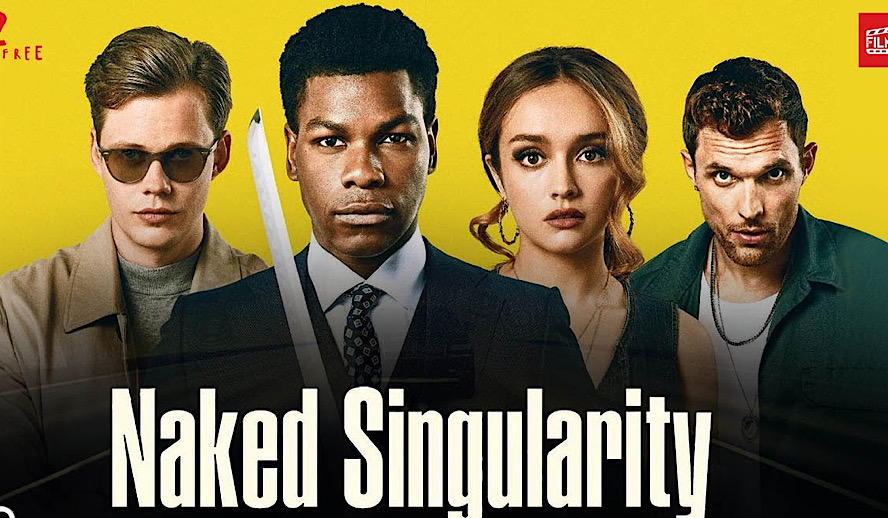 Although A Fresh Film, We Can Expect to See Familiar Faces

‘Naked Singularity’ seems to be a very underground title, despite featuring a cast with very notable names. The talent is obviously there. The acting isn’t much of a concern for the film, However, these actors are already known for some pretty iconic roles. This can make it difficult for audiences to accept them as other characters. Think Daniel Radcliffe in the ‘Harry Potter’ saga. This is kind of what is happening here. John Boyega who plays the role of, Casi, rose to fame in his involvement with the recent ‘Star Wars’ spinoffs. Boyega plays the role of Finn, a former stormtrooper with a change of heart. The films rely more on suspense, drama, and action more than anything. Viewing Boyega in this crime, thriller shouldn’t feel too unusual to us. Boyega isn’t the only star we can expect to see in this film.

Bill Skarsgård, who plays the role of, Dane, comes from a family of actors who are well known for their particularly serious roles. Bill, is most known for his on-screen portrayal of the killer alien, clown, Pennywise, from Steven King’s horror novel ‘IT’. Bill’s well-earned success in his various roles throughout his career, makes it a bit easier for audiences to see him in a cynical role. Bill is also known for his iconic roles in series such as Roman Godfrey in ‘Hemlock Groove’, and Hulu’s ‘Castle Rock’, where Skarsgård plays a character under the unique name, “A young man with an unusual legal problem”. Which interestingly enough, this is both the exact opposite and the same of his role in this film.

Our leading lady of the film is no other than Olivia Cooke, who plays the role of, Lea, a cunning individual who uses her criminal past, to actually get ahead in her future. Cooke is most known for her role as Laine Morris in the 2014 horror film, ‘Oujia’. She is also known for her role as Emma Decody in the 2013 mystery series, ‘Bates Motel’. So far, it looks the Horror/Science Fiction genre takes the lead in past films for these actors.

Another recognizable face in the film is actor, Tim Blake Nelson, as Angus, the loveable astrophysicist, and conspiracy theorist. You may know Nelson from classic films such as the 2003 film, ‘Holes’ and the 2015 remake of ‘Fantastic Four’. He has played the role of many side characters throughout his extensive film career, so it is nice to see him have a decent amount of screen time in this film.  This cast was superb and exciting. Although we can owe most of it to their talent, we can’t ignore that the writer/director, Chase Palmer, created such well-thought-out characters for this film.

An Emotional Wreck, And A Sword. What Could Go Wrong?

‘Naked Singularity’, directed by Chase Palmer, was released Friday, April 9th, in a drive-through film festival, ‘San Francisco Film Festival’. This film is an adaptation of the 2008 highly acclaimed novel, ‘A Naked Singularity’, by Sergio De La Pava. The film follows Casi (Boyega) an ambitious public defender that is rumored to have never lost a case. That is before now, at least. Casi loses his first case. That moment is where his life starts taking a wild turn. The loss of the case, plus the pressure of a spiteful superior, results in Casi’s suspension, causing him to have something similar to a mental breakdown. If this wasn’t enough for Casi’s mental, an ex-client gets into some pretty risky business, while Casi gets wind of it.

Casi decides to share the news with, Dane (Skarsgård), who is another public defender of a different type of morale. Dane creates this plan for the two to get involved in some illegal activity in order to outsmart law enforcement and criminals. Dane also suggests that their ranking in position may go up. This really gets into Casi’s head as he marinates in the idea of his half-year suspension. He is reluctant at first but soon gives in to the plan to destroy and conquer an entire drug heist. This film is very fast-paced and a little chaotic (in a good way). There are times where the film may come off as a little pretentious or try-hard for a lack of a better term. But despite that, there are a lot of reasons to enjoy this film.

‘Naked Singularity’ – What To Appreciate About This Film

What made this film initially interesting to me was the fact that it is just one giant metaphor. Naked Singularity (in general) is like a black hole of sorts. According to sources, “a naked singularity is a gravitational singularity without an event horizon. In a black hole, the singularity is completely enclosed by a boundary known as the event horizon, inside which the gravitational force of the singularity is strong enough so that light cannot escape.”  This is almost the exact situation that Casi finds himself in. As he says in one of his voiceovers, “ Once you fall in, it’s impossible to get out”. His emotional state makes him weak, and he is literally pulled into this heist, while not having the ability to escape it. The title of the film is so clever and deeply meaningful. You can tell that the writers really put a lot of effort and thought into this work.

I also love how the film critiques the American justice system in a unique and subtle way. What I find the most endearing about this film is that it’s just cool. Yes, that is a terrible adjective to describe a film, but the film’s editing, dialogue, and overall storyline remind me of films similar to Edgar White’s 2017 blockbuster, ‘Baby Driver’, and the 2015 Adam Nee film, ‘Band of Robbers’. It’s obvious that this formula has been done time and time before, and people may become tired of it after a while. In my opinion, however, I believe it is undoubtedly an exciting and engaging method of storytelling.