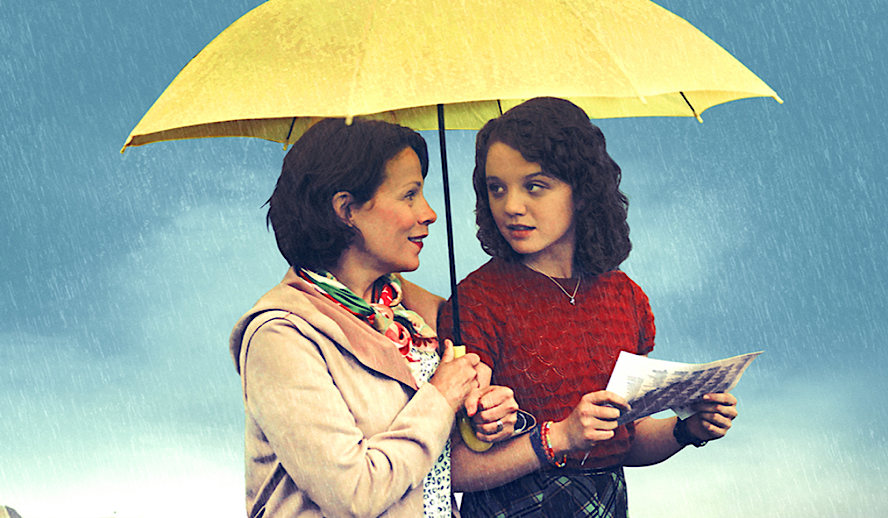 2021’s ‘Paper Spiders’ centers around a maternal duo of Melanie (Stefania LaVie Owen) and Dawn (Lili Taylor) as the latter begins to suffer from paranoia. In Melanie’s senior year, she bounces between fleeting romances and dreams of the future, leaving her mother to deal with the upcoming separation by herself. Any anxiety around her child moving away is dealt with in a new form of obsession as Dawn becomes enraptured by their next-door neighbor.

As the movie progresses, we watch Melanie struggle with her social life and taking care of her mother as the latter’s mental health withers. It’s an honest look into the lives of people with mental illness and, as director Inon Shampanier wanted, helps de-stigmatize mental illnesses.

Related article: ‘Words on Bathroom Walls’: An Incredible Young Adult Story About How Mental Illness Does Not Define You

One of the best parts about ‘Paper Spiders’ is its exploration of mental illness. Shampanier wrote the script alongside his wife, Natalie, and together they deftly create a story of family and illness. ‘Paper Spiders’ explores the lives of this family when everything is good and especially when everything is bad. Daughter Melanie is doing her best to speed through senior year, while her mother ignores the signs and doesn’t treat her own mental illness. While Melanie seems ecstatic to graduate, Dawn struggles to let go of her daughter and clings to their relationship. The two are close, but not that close. Close enough to share their feelings with one another, but distant enough not to take each other seriously.

As the film progresses, Dawn begins to take everything and anything out on those around her. It doesn’t matter if it’s her colleagues, her neighbors, or her daughter, Dawn will lash out at them. The loss of control along with the weight of losing her daughter to adulthood culminates in mental illness manifesting at a much faster rate than expected. Dawn can’t handle her entire world-changing and refuses to believe that she has mental problems. While Melanie does her best to help, often patiently too, Dawn refuses to listen to her. A unique part of this film is how realistic it is. There aren’t any magical, happy endings or sudden miracle cures. It’s an everyday issue that worsens and gets better depending on the day. Like real mental illness, the problems shown in ‘Paper Spiders’ don’t disappear overnight.

The Star Power of Lili Taylor

Without a doubt, ‘Paper Spiders’ is so successful mainly because of its two leads, Lili Taylor and Stefania LaVie Owen. LaVie Owen plays a perfect teenager out-of-depth but still grasping at straws. It’s clear there’s a lot she doesn’t know, but she tries anyway because she cares. It’s a typical portrait of teenagers, who often love more than they know how to handle, and this love often hurts them. While LaVie Owen does have a love interest and her own problems, the majority of her energy goes toward helping and caring for her mother.

Taylor, on the other hand, plays the matriarch of the family. Bogged down by being the emotional crux of the family, it’s clear that Taylor has problems but has no way how to express them. Since she’s used to being the therapist of the family, Taylor only knows how to help others and not herself. There’s a lot of psychological stress on her and the growing mental illness doesn’t help. Taylor is in denial about many things, about how much she actually cares, about how her feelings do get affected, and about her mental health. In this movie, as the mother, Taylor often puts on a brave face for her family. When she’s faced with her own flaws, how else is she supposed to act? The mother is supposed to be the perfect support system, often in traditional family systems, and what else can Taylor do if she can’t be perfect?

Along with that, Taylor’s inner battle is shown on screen in a variety of different expressions. Sometimes, the battle is more mental and we only know something’s wrong by a twitch of her lips or the tap of her fingers. Other times, she’s burning passion and rage. When she lashes out at others, Taylor is terrifying with a scrunched up, red face, and spittle flying from her lips. Her verbal wars often feel like we’re being yelled at by our own mothers. She controls the screen every time she’s on it.

If Taylor’s main trigger is her lack of control, LaVie Owen’s drive is her helplessness. Becoming an adult, to her, means more control, something that her mother has held over her entire life. Going from teenhood to adulthood is a big step in her life and LaVie Owen longs to be treated more seriously and as an adult. Sure, she’s not that old but she aspires to be mature for her age. When Dawn starts exhibiting signs of mental illness, it’s Melanie who begins to research everything for her. Melanie collects a list of facts and quotes to rebuttal whenever Dawn lashes out at her, but still, she’s left helpless.

After all of her hours of research, Melanie is still stuck at step one. Dawn refuses to listen to her, to reason, and leaves Melanie with little to no other choices. How else is she supposed to confront a full-fledged adult with anything besides facts? As the movie progresses, we watch the power struggle between Melanie and Dawn go back and forth multiple times. Each battle changes who has the upper hand and while it may not always be malicious, it sometimes becomes that. We see the brutal fallout of mental illness, both on the person afflicted with it and those around her. ‘Paper Spiders’ is told mostly through the lens of Melanie, giving us a much more naive, young perspective on it.

Since we see the problems through Melanie’s eyes, we’re given another perspective on everything. We see it from a more subjective point of view, but we also see the emotional impact of Dawn’s disease. While it’s not omniscient, this point of view allows us to feel more for Melanie. We are able to see how much Melanie tries to dispel any stigma around mental illness while caring for her mother, giving us hope for the future. Many times, mental illness breaks relationships, whether they are familial or romantic, and this is a case of where the relationship stays in place. It gives the audience hope and another perspective, that mental illness may damage a relationship but it doesn’t always have to fully destroy it.

‘Paper Spiders’ is now available to watch in limited theatres and VOD.