It’s Not Art, It’s Abuse: When Abusive Directors Hide Behind Their Brilliant Art And Torment Actresses 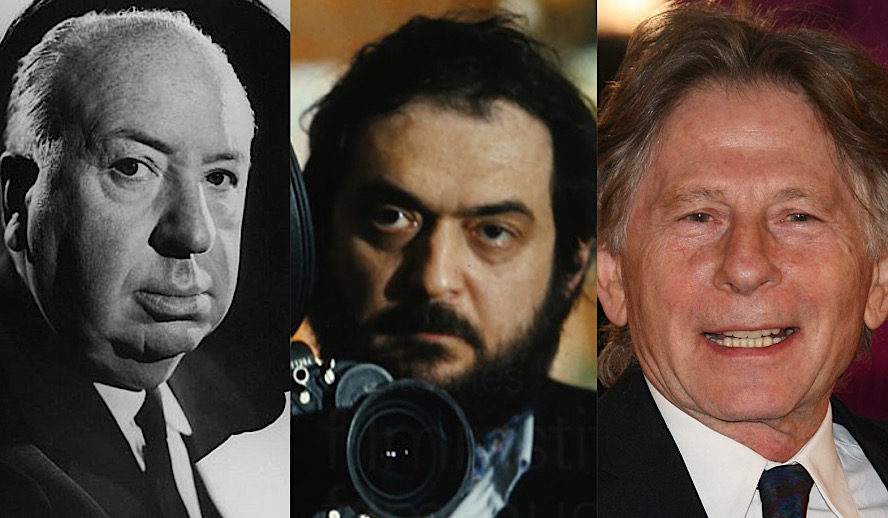 We all know what an auteur is, whether we’ve heard the term or not. It’s a buzzword that allows us to refer to cinematic work primarily by its director – ‘Tenet’ is a Christopher Nolan film and ‘Once Upon a Time in Hollywood’ belongs to Quentin Tarantino. It’s a signature that informs the audience of what they are getting, a term that assigns sole authorship of a movie to a singular creative mind. They are also often the directors that young filmmakers and enthusiasts begin by learning about.

Film canon tends to favor certain directors when instructing us on who is worthy of study and admiration. When I first started learning about the craft, I picked up Kubrick, Aronofsky, and Bertolucci – not to mention the whole month I dedicated to working my way through Hitchcock’s entire oeuvre. It wasn’t until a few years later that I would learn the horror stories behind these great works of “art”.

Artists or Abusive Directors – The Excuse of Genius

Shelley Duvall is perhaps the most notorious of Cinema’s victims. Kubrick subjected the 28-year-old star to psychological torture during the filming of ‘The Shining’, refusing to praise her, isolating her, and, most famously, having her perform the baseball bat scene 127 times until she was at the brink of exhaustion. One of Hitchcock’s muses, Tippi Hedren, fared little better. After rejecting Hitchcock’s advances, Hitchcock swapped out mechanical birds for real ones in ‘The Birds’. The crying and screaming in the scene are completely real, as are the cuts and scratches. To round off the incident, Hedren was still under contract with Hitchcock after the film was wrapped, and he refused to let her film anything else.

These examples are just the tip of the iceberg. We’ve seen the footage of David O. Russell screaming profanities at various actresses on set, notably Amy Adams during the shooting of ‘American Hustle’, heard of Björk speaking out about Lars von Trier’s harassment in ‘Dancer in the Dark’, and of Roman Polanski not allowing Faye Dunaway to use the bathroom while filming ‘Chinatown.’ It doesn’t take more than a quick Google search of “abusive directors” to bring any of these stories to light, and commenting on them is nothing new.

Allow me to repeat: commenting on them is nothing new. Vivian Kubrick released ‘The Making of the Shining’, which detailed Duvall’s abuse in 2016. The story of Marlon Brando pinning Maria Schneider to the floor and using butter as lubricant without her consent, all under director Bernardo Bertolucci in ‘Last Tango in Paris’, was aired in 2013:

“That scene wasn’t in the original script. The truth is it was Marlon who came up with the idea…They only told me about it before we had to film the scene and I was so angry. I should have called my agent or had my lawyer come to the set because you can’t force someone to do something that isn’t in the script, but at the time, I didn’t know that. Marlon said to me, ‘Maria, don’t worry, it’s just a movie,’ but during the scene, even though what Marlon was doing wasn’t real, I was crying real tears. I felt humiliated and to be honest, I felt a little raped, both by Marlon and by Bertolucci. After the scene, Marlon didn’t console me or apologize. Thankfully, there was just one take.” – Maria Schneider

Although this is certainly not the first article on the subject and sadly won’t be the last, there are reasons to continue drawing attention to these dark moments that went on behind the scenes of films adored by millions.

To shine a light on a more recent example, despite Megan Fox calling Michael Bay “a tyrant on-set and a nightmare to work for” in Wonderland magazine, the Hollywood director has gone on to pilot seven more features since ‘Transformers’. Not only that, but he has two more on the way, no doubt slated to be more box office successes destined to sell toys and movie tickets to impressionable kids everywhere. Or how about the fact that ‘The Shining’ and ‘Psycho’ still turn up on every “101 Movies You Need to See Before You Die” list? when I delved into ‘serious’ film canon at the tender age of seventeen, these were the directors I was turned onto first.

We know what goes into making these films: the on-set abuse, the risks to health and safety, the sixteen-month disaster that was the shoot of ‘Apocalypse Now’. And it’s not that we don’t care, or that we condone that behavior. It’s that we continue to perpetuate the mystique of the grand artist, that any truly great and everlasting work is worth the pain and damage caused to create it. That anything is worth that raw emotion, the iconic scene that never leaves social consciousness, the narrative that will outlast its creator. If this all sounds overly dramatic – I did my time at film school. I’ve seen the next generation of filmmakers and their ideologies. We all know the stories, and they all come with the ever-present whisper of “But it’s art!” with every retelling.

Bringing About Change – Is it Even Possible?

I’m not condoning ‘cancel culture’ here. Hollywood Insider writer Tyler Bey has already written an excellent article about why that is not the answer. I’m not calling for a Fahrenheit 451 on these films or directors either. They do have value, they contain innovation and perhaps, a touch of genius here or there. Just not enough to condone the cruelty enacted in their name.

At the end of the day, they’re movies. Cinema is a cornerstone of our cultural identity and always will be, but its creation should never trump the mental or physical safety of its participants. Not to mention, this is unnecessary. The media isn’t full of stories of Greta Gerwig, Wes Anderson, or Bong Joon-Ho abusing their actors past their breaking points, and their careers and filmography are doing just fine (first foreign-language film to win Best Picture, remember?)

So maybe we should start calling out these “artists” for what they are – abusers. Maybe we stop reveling in these products of pain and suffering, and give some other, more humanely made films a shot at those “Top 100” movie lists. And maybe we send out the message to the next generation of filmmakers (scratch that, to the next generation, period), that abusive behavior is no longer considered a byproduct of art and genius. It’s just abuse, and it needs to stop.