The Power of Carey Mulligan: The Oscar Contender Is Feminism in Action and in Art 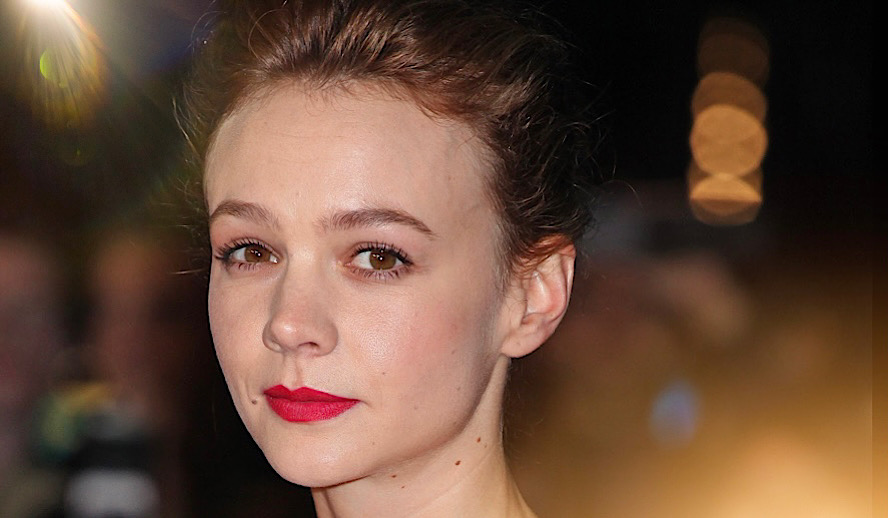 Since capturing our hearts and attention as the free-spirited 1960s London teen Jenny in ‘An Education’, Carey Mulligan has become one of the most revered actresses of our generation. Deservedly so, she is now nominated for her second Oscar for her portrayal of Cassie in Emerald Fennell’s daring ‘Promising Young Woman’, one of the two films directed by women nominated for Best Director this record year.

The film, which addresses sexual assault head-on, as well as its Best Director nomination, is a testament to our time, where films from diverse and female directors are finally becoming more normalized and given the recognition they deserve. Mulligan, however, is no stranger to collaborating with female artists, she has been doing it before it was cool. Here’s a look back at some of those collaborations in the little over a decade she has been in the spotlight:

‘Promising Young Woman’ is the most recent in a list of projects with female writers and directors for Mulligan. It seems like the granddaddy, or should I say grandmommy, of them all: a film written and directed by a female director who will likely become an auteur, distinctively told through a female gaze of pastels and pop music, giving each validity as tools to tell a story about the effects of sexual assault on women.

Looking back on past collaborations, her breakout in ‘An Education’ was directed by Lone Scherfig, a fact that no doubt makes the film as special as it is: a true story about a woman told by a woman. Shortly after ‘An Education’, Mulligan starred in ‘The Greatest’, written and directed by Shana Fest. Other female-directed films include ‘Suffragette’, directed by Sarah Gavron and written by Abi Morgan, itself a depiction of the purely feminist struggle of suffrage in the UK.

In 2017, she starred in ‘Mudbound’, written and directed by Dee Rees. Rees became the first African American woman nominated for an Oscar for best-adapted screenplay for her heart-wrenching story of one family’s struggle against racism in post-World War II Mississippi. Paul Dano’s 2018 directorial debut ‘Wildlife’ was co-written by Zoe Kazan. It became what many critics saw as Mulligan’s best performance as a 1960s housewife who adapts to a new normal when her husband leaves the family to fight wildfires.

Also in 2018, she starred in ‘Collateral’, a Netflix miniseries where she wore a hat she had not before and played a police officer investigating the strange circumstances surrounding an apparently random homicide. All four episodes of the series were directed and produced by S.J Clarkson. After ‘Collateral’, Mulligan made a return to the stage in the one-woman show ‘Girls & Boys’ on Broadway, directed by Lyndsey Turner, the story of a working mother describing the disillusionment of her marriage.

Choices: Mulligan’s Characters are Authentic to the Female Experience

Not only does Carey Mulligan consistently work with female collaborators, but her choices of roles reflect an actress who does not want to portray women as ideals, but as living, breathing, flawed humans. In ‘An Education,’ Jenny’s naivety leads her to almost ruin her life, we love her and at the same time want to shake her to snap out of it. She gave a funny and wonderful performance as Jean, a frustrated folk singer who has an affair with her husband’s best friend and is unsure who the father of her unborn child is, in the wildly underrated Coen Brothers’ tragicomedy ‘Inside Llewyn Davis.’

‘Wildlife’ is an unflinching objective look at a family slowly self-destructing, and Mulligan’s Jeanette (what’s with the similarity between all these characters’ names?) is a mother who discovers that she wants to be more than that. In Steve McQueen’s ‘Shame’, she plays a young woman with borderline personality disorder and leads the films’ tragic climax. She has never played an angel and she has no intention to. Instead, she uses her charm to hide each characters’ secrets and darknesses, eventually revealing it with care. It’s no coincidence that Daisy in the ‘Great Gatsby’ is one of literature’s greatest examples of a woman idealized by a man so much so that it leads to tragedy.

Mulligan Regularly Speaks Out About Gender Issues in the Industry

Carey Mulligan has spoken out about the lack of opportunities female directors face and the struggle for the respect they regularly have dealt with. She has also been blunt about the kinds of ridiculous questions she gets asked by male members of the press and has defended the realistic roles she plays. Most recently, she defended herself against a Variety critic whose review of ‘Promising Young Woman’ included a statement about whether Mulligan was physically right for a role which might have been originally intended for Margot Robbie: “Cassie wears her pickup-bait gear like bad drag; even her long blonde hair seems a put-on. The flat American accent she delivers in her lowest voice register likewise seems a bit meta.”

This is a particularly concerning statement to make about a film that is intentionally meant to highlight, among many things, the consequences of male misconceptions about women. Mulligan voiced her disappointment with the review in a conversation with Zendaya for Variety’s ‘Actors on Actors’ feature. She highlights the way the industry has always had unrealistic standards for women, “But it stuck with me, because I think it’s these kinds of everyday moments that add up — that means that we start to edit the way that women appear on screen, and we want them to look a certain way.” Variety has since issued an apology to the actress.

Win or lose on April 25, Carey Mulligan’s career should be celebrated and her future anticipated with excitement. She seems to have figured out the formula for being a great actress, to have the following elements constantly interacting and complimenting each other: talent, intelligent choices, starkness, moving beyond the white male director and throwing in the sporadic returns to the theatre for the kind of respect that only comes from being a true thespian.

Mulligan is set to star alongside Bradley Cooper in his Leonard Bernstein biopic ‘Maestro’. The film is expected to be released in late 2021.