The Rise and Journey of Daisy Ridley: Her Career and Life After Becoming an Overnight Sensation 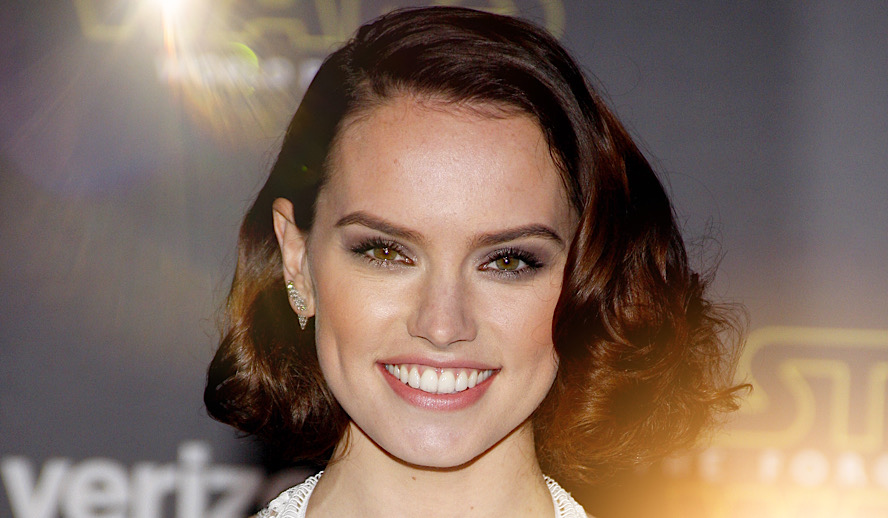 There are some movies that become breakout roles for actors and push them into Hollywood’s arms. Think Margot Robbie in ‘The Wolf of Wall Street’ or Trevante Rhodes in ‘Moonlight’. Starring in a popular movie is one thing, but entering a long-running franchise is another. For star Daisy Ridley, it was the latter when she was cast in the new ‘Star Wars’ trilogy. As a fairly unknown actress, fans were surprised when she was cast as the lead in a typically male-led film franchise.

Ridley’s casting, as well as her co-star being a Black, possibly LGBTQ+ man named Finn (played by John Boyega), created an uproar from male ‘Star Wars’ fans and exposed the racism, misogyny, and homophobia within the fandom. Here, we’ll explore how Ridley dealt with such a role and how she’s adjusting to life after ‘Star Wars’.

Before being cast in ‘Star Wars’, Ridley was fairly unknown. She had a voiceover role in a film in 1991, but had started acting fully in 2012. Her roles from 2012 to 2015 were mostly in short films or guest appearances on television shows. However, in 2015 the announcement of her upcoming role in ‘Star Wars’ changed the course of her career. Suddenly, she was thrust into the spotlight and her life was constantly scrutinized. She had no idea what press junkets were or world tours to promote the movie. Sure, she had heard of the ‘Star Wars’ films before, but she didn’t know what extent she was getting herself into.

In an interview with Porter, Ridley recounts how she had exited the bathroom and had fans stare at her wide-eyed. She didn’t understand how excited they were or why they were staring at her. She later said in another magazine that she felt a lot of pressure and the sudden encroachment on her privacy was a lot to handle. Because of this overnight change, Ridley has a very private life and rarely answers comments about her love life. As well as that, she never takes selfies with fans for her own privacy and safety. She keeps hard boundaries between her professional and personal life in order to keep herself sane.

Also, Ridley stepped away from social media in 2016 after the plethora of trolls and backlash became too much. She deleted her Instagram account and completely removed herself from social media. However, some of the things that happened to her were partially because of the stress of ‘Star Wars’. The stress of being in the public eye began to impact her body leading her to develop holes in her gut as well as taking in little to no nutrients. Her neglect of her body, because of the business of her schedule, and the stress led to big physical changes. Luckily, Ridley was able to address everything and work it out before any permanent damage happened.

Ridley’s Push Back Against Misogyny

Throughout the history of ‘Star Wars’ movies, women have always been sidelined in order for male actors to shine, especially white men – Anakin Skywalker played by Hayden Christensen and later Luke Skywalker played by Mark Hamill. The majority of the main characters were men as well, or identified as male (the robots for example), save for Padme and Princess Leia. Oftentimes, it seems like the female characters in this franchise only serve to further the men and their stories, acting as wallflowers. While the female leads often have many redeeming qualities, they are often reduced to being known as love interests.

With the male-centric gaze of ‘Star Wars’ and often questionable costume choices (yes, I’m talking about that costume), it was a big surprise for fans when Ridley was announced as a lead alongside John Boyega. A lot of backlashes, specifically from fans on Twitter and Reddit, was thrown at the actors. Many claimed that Ridley wouldn’t do the film series justice, that Boyega wasn’t a good actor, and other claims that weren’t reinforced with substantial evidence. On the other hand, the majority of outsiders believed that this was a big step in the right direction for Lucasfilms. The casting directors and writers were hailed for their decisions in order to promote more diversity and inclusivity. At the time, Ridley and her character Rey, were even seen as feminist icons.

As the films were released from 2015-2019, the misogynistic backlash came and went. Many trolls believed that the new trilogy would’ve been better if the lead was male and even went as far as to call Rey a “Mary Sue”. Along with that, she received many other criticisms from male fans including being skinny-shamed. In 2016, she penned a thoughtful response to many of these comments especially after making a post on International Women’s Day. It’s clear that no matter what negative people say, Ridley tries to not let it get to her and actively tries to be above it. She rarely responds to harsh comments and keeps as private a life as she can. Overall, she’s just a young actress trying to navigate the industry in the best way she can, by staying true to herself and the people who ground her.

Since the release of the final movie in 2019, Ridley has been busy with different types of acting, including a lot of voice acting. She’s had a few roles in video games, including ‘The Dawn of Art’, as well as starring in some short films. In 2020 alone, she had three roles in various filmography. Her most recent role is as Viola in ‘Chaos Walking’, a movie that also stars Nick Jonas, Mads Mikkelsen, and Tom Holland. A dystopian film, ‘Chaos Walking’ was released on Friday, March 5th in theaters. In the movie, Ridley stars as a lead alongside Holland in a world where there are no women (save for Ridley).

Ridley’s role in ‘Star Wars’ has opened a lot of doors for her and while she’s previously stated she can’t see herself doing comedy, she’s open to anything else. Her filmography contains a lot of different movies and she has said that she’s drawn to well-written roles with good people. Currently, she’s rumored to be a part of three films that are all in pre-production. No matter what she does next, it’s clear that Ridley will have a long and acclaimed career.

‘Chaos Walking’ is available to watch in theaters.