Taron Egerton: The Rise and Journey of the Multi-Talented Star Surfing Drama-Musical-Action Genres 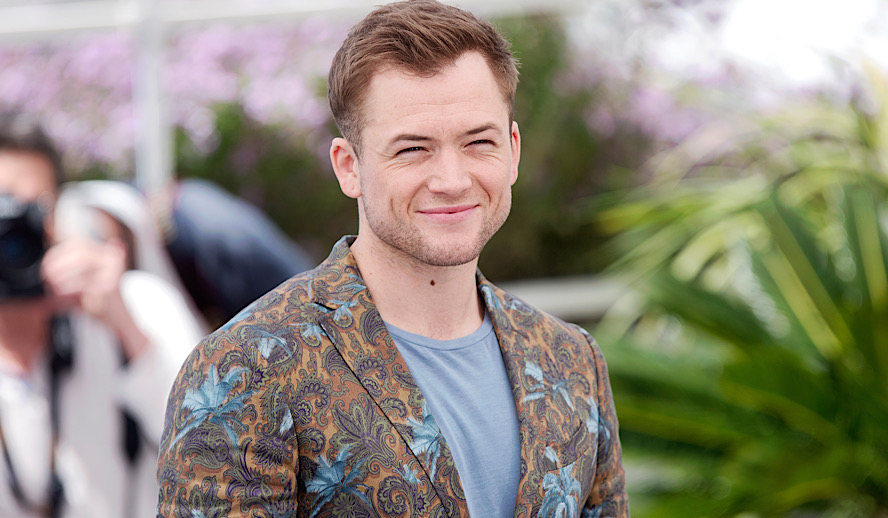 Video Version of the Article

A Diamond in the Rough

Taking a look back in time, just a decade ago the name Taron Egerton was unknown to the cinematic world and film fans alike. Flash forward to today, Egerton has starred in several high-profile and successful films, delivering memorable and impactful performances, supplanting himself as one of Hollywood’s most entertaining and talented up and coming stars. What stands out as most impressive regarding Egerton’s rise to stardom is how quickly he gained traction as a performer. One of Egerton’s earliest notable appearances was in the dramatic film ‘Testament of Youth’, which starred ‘Game of Thrones’ actor Kit Harrington and ‘Ex Machina’ actress Alicia Vikander, which was released in 2014. Later that year, Egerton would see his first big hit, Matthew Vaughn’s ‘Kingsman: The Secret Service’, that allowed the actor to shine in a starring role.

Since the release of ‘Kingsman: The Secret Service’, fans of the film saw a major uptick in appearances by the British actor starring opposite Tom Hardy in the gangster film ‘Legend’ as well as a voice performance in the animated film ‘Sing’ alongside the voice talents of Matthew McConaughey and Reese Witherspoon. Just like in all his performances, Egerton excites and endears in these films and exudes the charisma that has allowed him to work his way into the hearts of audiences. Even in films that fall short of success, such as ‘Robin Hood’ which also starred Jamie Foxx, Egerton stands out. Taking a retrospective walk through Egerton’s most notable filmography illustrates just how the young actor brought such success upon himself.

Taron Egerton – Welcome to the Kingsman

From Matthew Vaughn, the director of blockbuster hits such as ‘X-Men: First Class’ and ‘Kick-Ass’, came an energetic, action-packed thrill in the form of ‘Kingsman: The Secret Service’. The film put together an excellent A-list supporting cast including the talents of Colin Firth, Michael Caine, and Samuel L. Jackson. The filmmakers decided to pair the all-star lineup with a relatively unknown cast as the film’s lead; that unknown was Taron Egerton. Despite the daunting amount of talent that was cast around him, Egerton was not intimidated and made the most of his starring opportunity delivering an energetic and endearing performance that grounds the film.

Egerton is incredibly likable as the lost and troublemaking Eggsy — the actor portrays the character with a charm and charisma unique to Egerton. The character, while misguided and troubled, has an incorruptible purity to him that is perfectly portrayed by Egerton specifically in the scenes with his dog, JB. Egerton’s chemistry with co-star Colin Firth is another electric piece to the film. The two actors’ back and forth dynamic is a perfect balance of chaos and order that works perfectly with the two side by side. By the end of the film, Eggsy has embraced his new role as the hero and Egerton has come into his own as a leading man; an exciting parallel to see and one that would carry into the sequel, ‘Kingsman: The Golden Circle’, which added Julianne Moore, Pedro Pascal, and Channing Tatum to the cast. While not as well-received as the first in terms of critical reception, Egerton stood out as an excellent lead and the most engaging part of the film.

In 2015, following his success in the first ‘Kingsman’ film, Egerton went on to star in the inspiring biopic based on Olympic ski-jumper Michael “Eddie” Edwards, better known to many as ‘Eddie The Eagle’. The film is truly one of the most heartwarming tales one would have watched in the past decade on the silver screen. The film depicts a young man whose only dream is to become an Olympian. Edwards qualified for the Olympics as the only English ski-jumper and, despite coming in last at both events, won the hearts of sports fans around the world for his pure excitement to have fulfilled his dream.

Egerton perfectly portrays the soft-spoken yet passionate Edwards. Similar to the real Eddie, Egerton exudes aspiration in every scene, desperate to achieve his lifelong dream and steadfast in his belief in himself despite many naysayers. Egerton completely embodies the character and works incredibly well with co-star Hugh Jackman. The two’s chemistry is excellent and the back and forth between the two offers laughs and even more heart to go along with the already incredibly sweet film that director Dexter Fletcher delivers.

In 2019, Egerton returned to bio-pics and reunited with director Dexter Fletcher for what may just be his most compelling performance portraying the infamous musician, Elton John, in ‘Rocketman’. Alongside the talents of Jamie Bell and Richard Madden, Egerton beautifully portrays the icon that is Elton John in a very real and empathetic way. The film touches on the emotional side of the man behind the name touching on his struggles with substance abuse, his sexuality, and fame. Similarly to all of Egerton’s best performances, there is a purity in his performance of the character. Even in scenes where John is portrayed less than fondly, there is love and care taken in the performance in an effort to tell a real, human story.

Some of the most touching moments of the film come in the friendship that blossoms between Egerton and Bell’s character. The chemistry between the two actors is perfect depicting the genuine friendship between the two real-life men which stands out as one of the best parts of the film. While as compelling as any other bio-pic in its dramatic storytelling, the filmmakers behind ‘Rocketman’ opted to make the film a musical rather than a traditional concert film à la a film like ‘Bohemian Rhapsody’. This choice allows for excellent choreography and dance numbers from the cast as well as Egerton. In these sequences, where he also beautifully sings Elton John classics, Egerton is allowed to come into his own as a performer embracing all the excitement that came with the electric performances of the real man.

Taron Egerton has enjoyed a remarkable journey—in just the past few years the actor has gone from unknown to star portraying infamous characters such as ‘Robin Hood’, real-life inspirations such as ‘Eddie The Eagle’, and icons in Elton John while also portraying new characters that have endeared themselves to audiences such as the unlikely hero in ‘Kingsman: The Secret Service’. With so much already achieved, it has to be daunting to ask what is next for the young actor. However, with the talent and charisma already displayed through his films, there should be no doubt in any mind that Taron Egerton is up to the challenge and that we all should be getting our popcorn ready for whatever comes next.