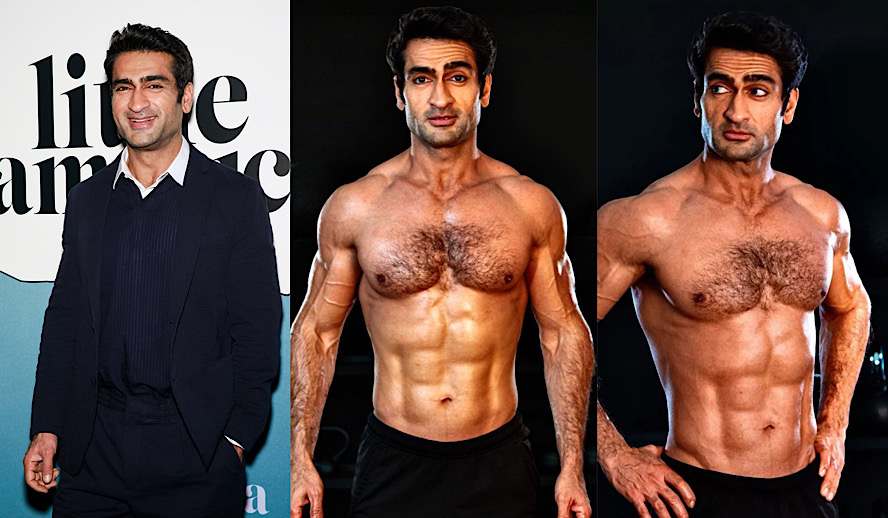 Pakistani-American stand-up comedian, actor, and writer Kumail Nanjiani has become a comedic force in the modern cinematic landscape. Beginning his career in stand-up comedy, Nanjiani over the last decade has spread his wings and allowed his talent and work ethic to be applied in several other roles — whether it be writing an Academy Award-nominated screenplay or several excellent voice acting performances, Nanjiani seems to stand out as an excellent talent each time allowing audiences to quickly fall in love with the energetic and charismatic actor. With his Marvel Studios debut, ‘The Eternals’, just on the horizon, it would only be right to pay homage to Nanjiani’s filmography and career that he has achieved.

In the past decade, Nanjiani has appeared in many high-profile films and television series, making an impact in each of his performances. Incredibly, Najiani’s first television appearance was in a small role in ‘Saturday Night Live’ performing a scene with Bill Hader and Jason Sudeikis. Nanjiani’s first major film appearance came in a role in the Josh Duhamel and Katherine Heigl comedy, ‘Life as We Know It’. While the film was met with mixed reviews, a clear standout in the film was that of Nanjiani who made the most of his limited screen time through his charisma and improvisation.

In 2011, Nanjiani would have his first recurring television appearance on the Fred Armisen-led television show, ‘Portlandia’. Nanjiani would continue to make appearances on the show through 2018 when the show concluded. His next major film roles would come in a small appearance in the indie coming-of-age film, ‘The Kings of Summer’, as well as a role in the Jason Segel and Cameron Diaz comedy ‘Sex Tape’. While still in smaller roles for both of these films, Nanjiani continued to maximize his screen time and leave an impression on audiences.

In 2014, Nanjiani appeared in two episodes on the Donald Glover-led television comedy ‘Community’ as well as one of his most notable roles in the hit HBO comedy ‘Silicon Valley’ which also starred Thomas Middleditch and T.J. Miller. ‘Silicon Valley’ would run for six seasons and further skyrocketed its cast to stardom, Nanjiani included. Before his next big hit, Nanjiani would appear in several other small roles in comedies such as the Craig Robinson comedy sequel, ‘Hot Tub Time Machine 2’.

In 2015, Nanjiani would appear in an uncredited role in Jack Black’s ‘Goosebumps’. A year later, another comedy appearance for Nanjiani came in the form of ‘Mike and Dave Need Wedding Dates’ which starred Zac Efron and Adam DeVine. That same year, Nanjiani would provide his comedic chops to the Dwayne Johnson and Kevin Hart starring comedy ‘Central Intelligence’, the film that began the relationship between the now-iconic comedy duo that is Johnson and Hart. As per usual, Nanjiani made an impression with his quick timing and charisma in each of these appearances, setting himself up for what would be his biggest hit yet.

In 2017, Nanjiani wrote and starred in the comedy-drama ‘The Big Sick’ as himself. The film was based on the true story of Nanjiani and his wife, Emily V. Gordon who co-wrote the script with Nanjiani. The film depicts Gordon and Nanjiani’s relationship and struggles with cultural differences; when Gordon falls ill and goes into a coma, Nanjiani must cope with both his internal struggles and Gordon’s very worried parents. ‘The Big Sick’ is one of the most personal and emotionally resonant films one can view carrying the weight of a real-life family drama as well as the cleverness of a great comedy. The film is beautifully written touching on Pakistani culture, prejudices, and love, and will wrap any audience member into the story from the first scene.

The film is excellently cast pairing the talents of Ray Romano and Holly Hunter with Nanjiani as Gordon’s parents. Both Romano and Hunter are excellent in the film giving powerful performances as the worried parents. One scene in particular that stands out for both of their performances is when the two defend Nanjiani from a heckler in a comedy club. While clearly angered by the heckler, it is clear to see this anger is coming from a different place which is expertly played by the two veteran actors.

Nanjiani is absolutely fantastic in the film and perhaps the standout performance. Nanjiani truly lived these events making his performance feel unsettlingly real — what may be the most potent scene in the film is Nanjiani’s last sit down with his parents where he communicates with them through written cards. The scene acts as a completion to Nanjiani’s arc with his family and is truly powerful while being as funny as ever. The film would go on to be nominated for Best Original Screenplay at the Academy Awards. ‘The Big Sick’ is a film that only Nanjiani and Gordon could have made, and film fans around the world should be thankful the two were willing to share their story.

While Nanjiani is best known for his live-action performances, he has crafted for himself a fairly extensive voice acting career as well. Nanjiani has appeared in several adult animated television series such as ‘Archer’ and ‘Bob’s Burgers’ — he also has starred in children’s shows such as Cartoon Network’s ‘Adventure Time’. Nanjiani has done a few voice performances for video games as well including Telltale Games’ ‘The Walking Dead’ game. In feature films, Nanjiani has provided voice films for several big-budget projects such as portraying Jay in ‘The Lego Ninjago Movie’ and Plimpton in the Robert Downey Jr. film ‘Dolittle’. Even in films that were maligned by poor receptions, Nanjiani’s voice performances stand out such as in his performance of Pawny in 2019’s ‘Men In Black: International’ starring Chris Hemsworth and Tessa Thompson. While not always highlighted, Nanjiani’s voice acting performances are deserved of praise and notice.

Since his breakout film, Nanjiani has starred in many high-profile studio films such as comedies ‘Stuber’, co-starring with Dave Bautista, and ‘The Lovebirds’, where he co-starred with Issa Rae. Nanjiani has begun spreading his wings, taking roles in projects outside of comedy such as in Jordan Peele’s anthology series, ‘The Twilight Zone’ reboot, as well as stepping into the Disney family starring in Marvel’s ‘The Eternals’ and appearing in the Star Wars limited series ‘Obi-Wan Kenobi’, both of which are set for future releases.

Kumail Nanjiani has undoubtedly already enjoyed an excellent career thus far making it all the more exciting for film fans as it feels like he is just getting started. From telling potent, honest stories in his writing, to providing excellent voice performances, to just making audiences laugh, Nanjiani never disappoints and continues being one of the most likable figures in Hollywood and one that all are rooting for with his big, exciting projects on the horizon.

What’s Next For Kumail Nanjiani