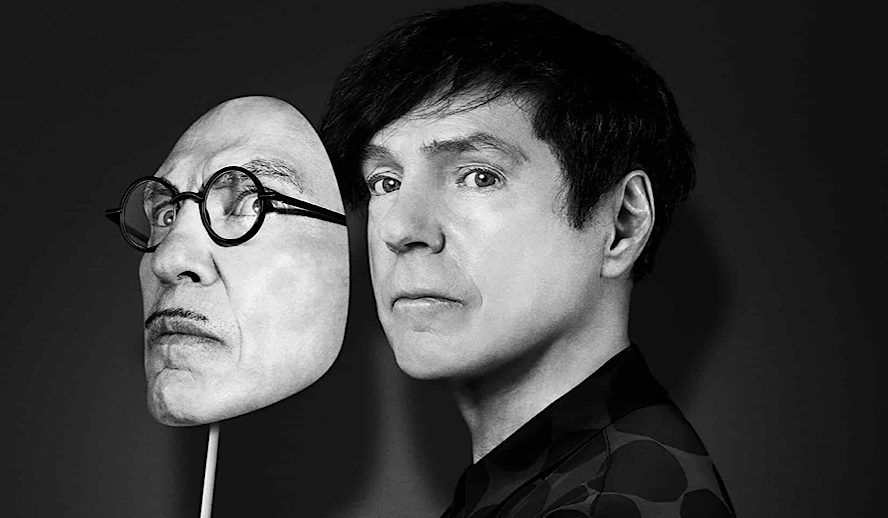 Have you ever heard of the band Sparks? More than likely no. But has your favorite band ever heard of Sparks? They almost certainly have. Since forming in 1967, the band has developed a dedicated cult following in the United States and a colossal fan base around the world, inspiring some of the foremost creatives in the music industry and beyond through their blend of beautiful idiosyncrasy and unwavering weirdness. One such creative the band made a substantial impact upon is ‘Shaun of the Dead’ (2004) and ‘Baby Driver’ (2017) director Edgar Wright, who sought to create a cumulative canon of Sparks and their legendary iconoclasm with his earnestly admirational documentary ‘The Sparks Brothers’ (2021).

Related article: A Tribute to Edgar Wright: Easily One of the Most Creative Filmmakers Working Today

The film looks at both the men and their mythos, interviewing the likes of short-lived bandmates and adoring fans right alongside Hollywood celebrities and juggernaut bygone bands like Duran Duran, Red Hot Chili Peppers, Sex Pistols, and Franz Ferdinand. ‘The Sparks Brothers’ doesn’t always function within the typical “talking heads” style though, often utilizing some of Wright’s trademark humor and break-neck editing to tread the line between experimental documentary and loosely narrativized film.

Going back to the earliest days of brothers Russell and Ron Mael, the film utilizes stock images and videos alongside appropriately eccentric animation to transform the duo’s upbringing and musical inspirations into a fascinating origin story sure to enlighten even the most steadfast of fans. This spirit carries over throughout the entire documentary, succinctly satisfying both avid supporters and introducing the band to the substantial population of the previously uninitiated.

Growing up in the Pacific Palisades neighborhood of Los Angeles, the brothers were deeply immersed in the revolutionary pop-rock generation that defined the city during the 1960s. They frequented the likes of LA staples like The Doors and The Beach Boys, though instantly fell in love with the sound and style of England’s rock scene as self-dubbed “Anglophiles”, particularly the likes of The Who, The Kinks, and of course The Beatles.

Both attended UCLA with concentrations in film and the arts, their particular appreciation of the French New Wave and the works of Ingmar Bergman serving as an inspiration to be chewed up and spat out across their career. Before coming to be known as Sparks, the duo served as members of both the perfunctorily named “Urban Renewal Project” and then the nominally more successful “Halfnelson”. Their ultimate emergence into the musical world as Sparks, a play on the brothers’ childhood idols The Marx Brothers, came with their largely unsuccessful eponymous 1968 album Sparks. A follow-up album entitled A Woofer in Tweeter’s Clothing saved them from permanent obscurity, securing them a residency in London and steadily growing their dwindled following.

As the documentary paints in great detail, Sparks never stayed in one place for long, be that back home in America or at the top of the billboard charts, enjoying more cultural rebirths and rediscoveries than most bands could ever dream of. The band have released a whopping 25 albums and counting over the last, breaking through with 1974’s Kimono My House and distinguishing themselves from the fray by means of their unplaceable peculiarity and unabashed outlandish personas.

Russell was the band’s hyperactive lead singer and, as is routinely pointed out in the film, “the pretty face”, whereas Ron was the keyboard player and songwriter for the band, adorned with a strange Charlie Chaplin-esque mustache and emotionless stare as his brother jumped around the stage. Songs like “This Town Ain’t Big Enough For the Both of Us”, “When I’m With You”, “Angst in My Pants”, and “When Do I Get To Sing ‘My Way’” proved somewhat substantial hits for the band and served as decade-spanning yearly reminders to the general public that Sparks was indeed still making music.

Despite its gigantic scope and the sizable task of introducing Sparks to the majority of people who have little to no knowledge of the band or their music, the film is ultimately quite intelligible. Wright utilizes many clever filmmaking tricks such as visualization and voiceover to help make sure that audience members will stay attentive despite the film’s sizable runtime. Clocking in at 135 minutes, ‘The Sparks Brothers’ is longer than most documentaries as well as any other film in the director’s filmography.

While the viewers will hopefully remain transfixed due to the explosive music and witty humor sprinkled throughout, it is still true that the documentary could stand to have 10-to-15 minutes edited out. Featuring interviews with actors like Jason Schwartzman, Patton Oswalt, Mike Myers, and Fred Armisen alongside singers like Flea, Björk, ‘Weird Al’ Yankovich, and Beck, there is no doubt that many of the interviewee’s hit similar beats and as such occasionally remind the audience that they are indeed watching a nearly two-and-a-half-hour music documentary.

While none of the film borders on boring, it does start to feel a bit repetitive towards the last thirty minutes and may have been better served from a run-time in the ballpark of two hours. With that said, the film remains jovial and jocular from beginning to end, a satisfying self-awareness not unlike the band itself persists from the first frame to the last. Beginning with a hilarious short song in which Sparks narrates the opening credits singing “Edgar Wright Documentary Opening Fanfare!” and concluding with a mid-credit trivia game in which the duo reveal they’ve actually been each other this whole time, there is plenty of relaxed wit and unavoidable enjoyment within the film.

An Ode to Liking What You Like No Matter How Strange

At the end of the day, ‘The Sparks Brothers’ is truly  Edgar Wright’s love letter to the band that taught him to care deeply about what interests him regardless of how others may receive it. Sparks was a band that never once changed their style, tune, or goal to reach more mainstream popular success, remaining true to themselves and their specific brand of abnormality across the many decades of their career. In many ways, the film reaches beyond just the Mael brothers at its center and proves itself a touching dedication to respecting passion and fanhood no matter how silly or strange it may seem. It is this refreshing sincerity that imbues ‘The Spark Brothers’ with a remarkable universality and surprising amount of heart, proving itself a worthy ode to both the cult of Sparks and the endlessly interesting duo themselves.

Edgar Wright will soon be premiering his much-anticipated time-travel zombie extravaganza ‘Last Night in Soho’ (2021) on October 22nd. The film stars Thomas McKenzie, Anya Taylor-Joy, and Matt Smith in a sprawling epic that sees a young fashion protege find a passageway to 1960s London only to have time come crashing down around her. The Mael brothers will additionally have another movie released this year, in their case the Cannes Film Festival-opening Leos Carax-directed musical ‘Annette’ (2021). The story of a stand-up comedian portrayed by Adam Driver and his wife played by Marion Cotillard whose life is changed upon the arrival of their peculiarly gifted child Annette, the duo both scripted the film and composed all of its music.