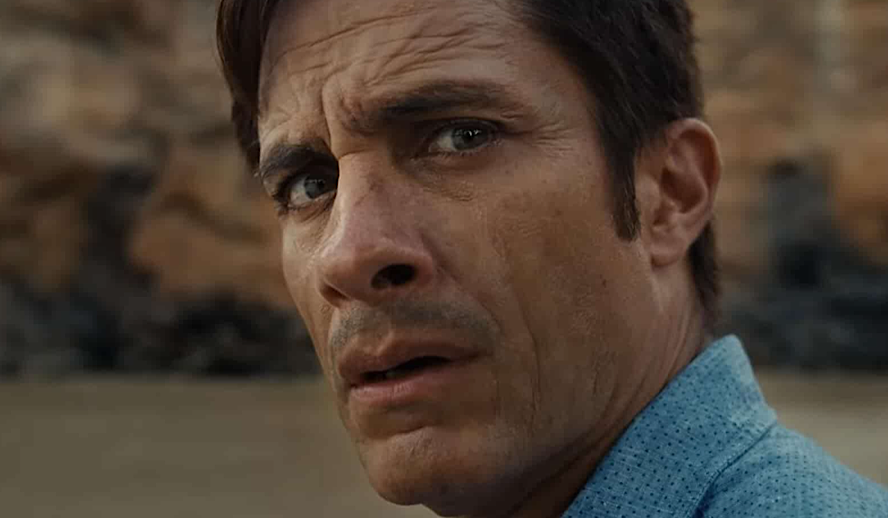 Another year, another divisive M. Night Shyamalan movie to be simultaneously hailed as an impeccable masterpiece and decried as a cinematic abomination. The director of cherished classics like ‘The Sixth Sense’ (1999) and ‘Unbreakable’ (2000) as well as ridiculed disasters like ‘The Last Airbender’ (2010) and ‘After Earth’ (2013) has returned to cinemas around the world with his latest twisty-turny tale of terror, ‘Old’ (2021). When most fans hear of a new M. Night project matriculating on the horizon, they cross their fingers and hold their breath in the hopes that the director will finally regain his footing and embark on a redemptive trail of glory that lives up to the hype the Oscar-nominee accrued early in his career.

But for every one step forward (‘Split’ (2017)), the director has taken two steps back (‘Glass’ (2019)), scorning many devoted admirers and steadily losing steam as a box office attraction. Luckily for both prospective audiences and M. Night himself, his latest outing proves not only watchable (something that cannot be said of the director’s complete filmography) but surprisingly gripping and largely enjoyable throughout.

An extremely loose adaptation of the Swiss graphic novel “Sandcastle” (2010) created by Pierre Oscar Levy and Frederik Peeters, ‘Old’ centers on a family’s vacation to a luxurious resort on an unnamed tropical island. Respective stars of ‘Y Tu Mamá También’ (2001) and ‘Phantom Thread’ (2017) Gael García Bernal and Vicky Krieps portray husband and wife Guy and Prisca, on the verge of divorce after the latter’s cancer diagnosis. Along with them on the trip are their precocious 6-year-old son Trent and shy 11-year old daughter Maddox. After being told of a special secluded beach by the resort manager, the family makes their way to the surreal nature reserve alongside a doctor and his family, a loving couple, and a famous rapper.

The coastline wraps around an idyllic cove sheltered by steep cliffs riddled with caves and inlet streams, its pristine beauty quickly dashed by the discovery of a dead body in the surf. The group quickly devolves into panic as they discover their young children have all grown into teenagehood while they weren’t looking, realizing that the beach appears to be rapidly aging them all – 30 minutes equivalent to an entire year. Thankfully, the film’s spine-tingling premise does not grow old as fast as its protagonists do, playing upon fundamental human anxieties of time lost and senescent regret in a marginally successful ‘Twilight Zone’-esque mystery.

One of the only consistencies across M. Night’s filmography is his ability to attract accomplished star-talent and well-rounded casts. The director has worked with Bruce Willis, Joaquin Phoenix, Samuel L. Jackson, Adrien Brody, Will Smith, Anya Taylor-Joy, and many more throughout his career, with ‘Old’ continuing the trend of snagging over-qualified actors to recite under-qualified screenplays. The aforementioned Bernal and Krieps are used sparingly in the first two-thirds of the movie, their characters rendered to little more than a disorderly series of frightened gasps and frantic sprints around the beach. While it’s brief, both are given a few moments to flex their well-demonstrated acting chops towards the film’s conclusion, reaching a shared acceptance of their fate and their past marital failings.

Thomasin McKenzie and Alex Wolff, the stars of ‘Jojo Rabbit’ (2019) and ‘Hereditary’ (2018), both serve as older counterparts to Trent and Maddox, doing their best to portray pre-teens stuck in 20-year-old bodies. The cast is rounded out by ‘The Father’ (2021) actor Rufus Sewell as the schizophrenic doctor, ‘The Neon Demon’ (2016) actress Abbey Lee as his vexing wife, ‘Little Women’ (2019) star Eliza Scanlan as their aged-up daughter, and ‘The Underground Railroad’ (2021) actor Aaron Pierre as the accosted rapper Mid-Sized Sudan (yes, that’s actually his name).

The gaudy talent assembled is unfortunately undercut by the unnatural-sounding dialogue of the film’s screenplay. Ever since “I see dead people” took the world by storm, M. Night has faced a considerable challenge crafting fully-rounded scripts to accompany his lofty creative ideas. While ‘Old’ proves more complete in its execution than some of the director’s recent ventures, it is still plagued by the same clunky line-readings and redundant expositional dumps. While some actors have proved readily capable of taking on the director’s gauche scripts and injecting them with their own potent electricity (namely James McAvoy in ‘Split’), the cast of ‘Old’ appear to succumb to the story’s failings.

Gorgeously photographed by ‘It Follows’ (2014) and ‘Us’ (2019) cinematographer Mike Gioulakis, ‘Old’ is championed by its lush locale alongside the stunning coastline of the Dominican Republic. Setting aside the cove’s supernatural terror, audience members will be intoxicatingly drawn into the film by means of its seaside splendor. The film is the director’s first feature filmed entirely outside his hometown of Philadelphia, a welcome change of course that helps the film stand out amongst his routinely muted and urbanized filmography.

The camerawork is additionally accomplished, expertly juxtaposing the pristinely beautiful ocean with the impending mania unfolding on its shore. The outstanding make-up work used to age each performer (as well as the look-alikes’ cast as progressing stages of the same characters) is an additional high-point of the film, tricking the audience into believing that they are not just watching actors cycle through a series of graying wigs. All of these factors make ‘Old’ M. Night’s most technically accomplished film in almost two decades.

While ‘Old’ may feel visually unique from the director’s previous work, anyone who’s ever seen an M. Night movie knows the director simply cannot conclude a movie without sneaking in a last-minute curveball in the hopes of both dazzling and frazzling the audience.

‘Old’ harbors its own potentially shocking eleventh-hour reveal, missing the impossibly high mark set by ‘The Sixth Sense’ but avoiding the brain-melting silliness of ‘The Happening’ (2008). There will definitely be those who claim that the narrative was convoluted enough without its thinly layered finale, but seeing as it does directly contradict or counteract all that came before it, it is successful enough to not mar the film overall.

Although ‘Old’ is sure to be overshadowed by big summer releases in the coming weeks like ‘The Green Knight’ (2021) and ‘The Suicide Squad’ (2021) and wind up towards the middle of Shyamalan’s credits both critically and commercially, it represents a promising convalescence for the director as well as a satisfyingly cryptic and effectively thrilling mystery sure to, if nothing else, make audiences feel two hours older than they did before.